The eruption has generated lahars in the Azul, Azufrada and Pénjamo rivers, which descend from the crater in the northern sector. The monitoring stations installed in the vicinity of the Nevados de Chillán Volcanic Complex recorded 3 LP earthquakes associated with fluid dynamics within the volcanic system in the last hour of Monday 28 June. The volcanic alert level remains at Amarilla. New measurements were made on Saturday 26 June, when the Coast Guard flew over the Fagradslsfjall eruption site with the Hasselblad camera from the Institute of Natural History, and new ground models of the flow / Fagradalshraun have now been prepared based on the images.

The lava discharge over the period 11-26 June is 13 m³/s, which is similar to what has been the case since the beginning of May, but is still the highest figure observed so far. The lava flow has thus remained almost constant for almost two months.

The volume of lava now measures nearly 80 million cubic metres and the area of the lava field is 3.82 square kilometres. The increase in surface area per day is slightly smaller than between the last measurements (2-11 June) (about 40,000 square metres per day instead of 60,000 square metres/day).

On the other hand, the thickening in Meradalur in the east was 10-15 metres and 15 metres in Nátthaga in the south. The greatest thickening was at Geldingadalur to the south and east of the crater, with about 20 metres. A "Volcanic Smog" or "Vog" advisory (Vog is a hazy mixture of SO2 gas and aerosols (tiny particles or droplets) that are mainly sulphuric acid and other sulphate compounds) has been issued for the Taal caldera, Philippines.

Over the past two days, high levels of volcanic emissions of sulphur dioxide or gas, and steam-rich plumes that rose up to three kilometres high, have been observed from the main crater of Taal. SO2 flux on 27 June 2021 averaged 4,771 tonnes/day while atmospheric temperatures of 30ºC, relative humidity of 75% and wind speeds slowed to 1 to 0 metres/second at near-surface levels prevailed on Taal volcanic island, according to data from the All-Weather Systems station.

These atmospheric conditions, in particular the near absence of air movement, resulted in the formation of "vog" which brought a pronounced haze over the Taal caldera region. If SO2 gas emissions continue at the same rate (average ~4,330 tonnes/day last week) or increase and atmospheric conditions favour vog formation, communities surrounding Taal Lake are advised to take the necessary precautions.

Alert level 2 (heightened unrest) prevails on Taal Volcano and the threat of sudden steam or gas explosions and deadly accumulations or expulsions of volcanic gases may occur and threaten areas in and around TVI / Taal Volcano Island.

Venturing into the TVI should therefore be strictly forbidden ! 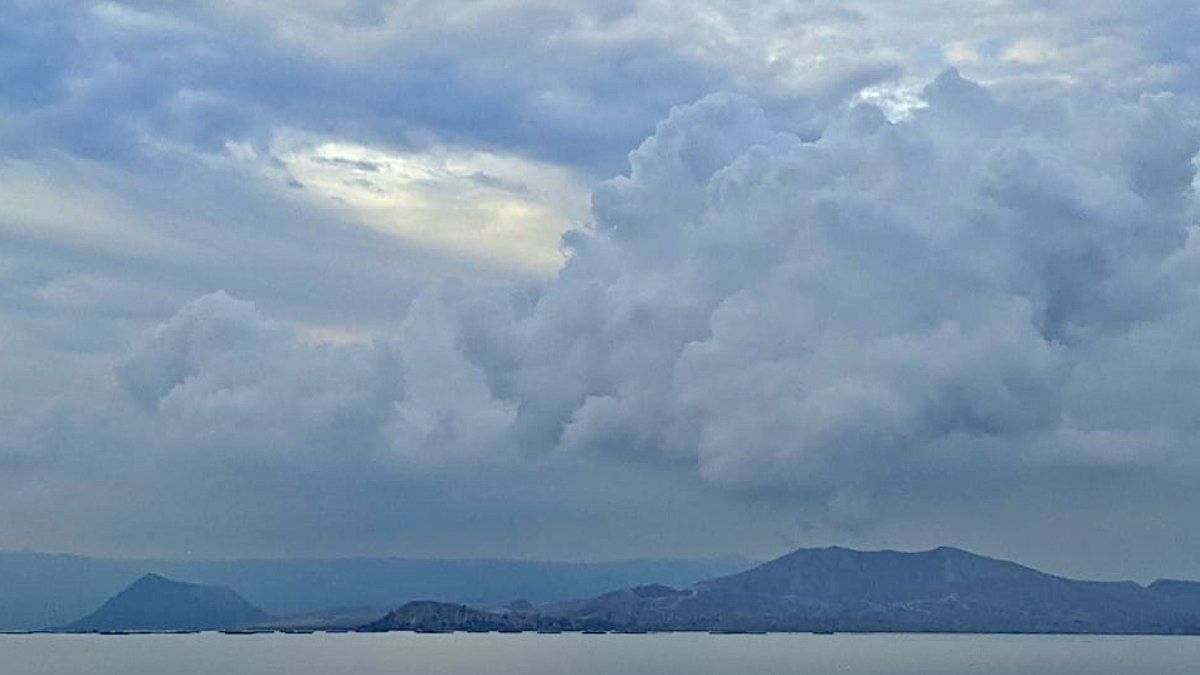