News from Fagradalsfjall, Ruapehu and Taal.

In Fagradalsfjall, the eruption is still going well, despite the eruptive break that lasted for several days last week.

Changes can be noted at vent # 5: an internal rear part of the cinder cone collapsed on July 10, and very fluid lava is flowing towards Meraldalur from its foot.

The variations of the tremor remain large, but a slightly longer distance is observed between the agitation pulses, although the activity of the pulses remains persistent.

On July 11, the weather did not allow good observations, between low clouds and dense fog.

Another warm-up phase has started at Mount Ruapehu, New Zealand.

In the past three months, the temperature of the crater lake (Te Wai ā-moe) has dropped from 41 ° C (April 12, 2021) to 20 ° C (July 2, 2021). The turnaround in the lake's temperature in early July followed two small volcanic earthquakes and was accompanied by a higher level of volcanic tremor over the weekend, as is often the case at the start of a warming episode. 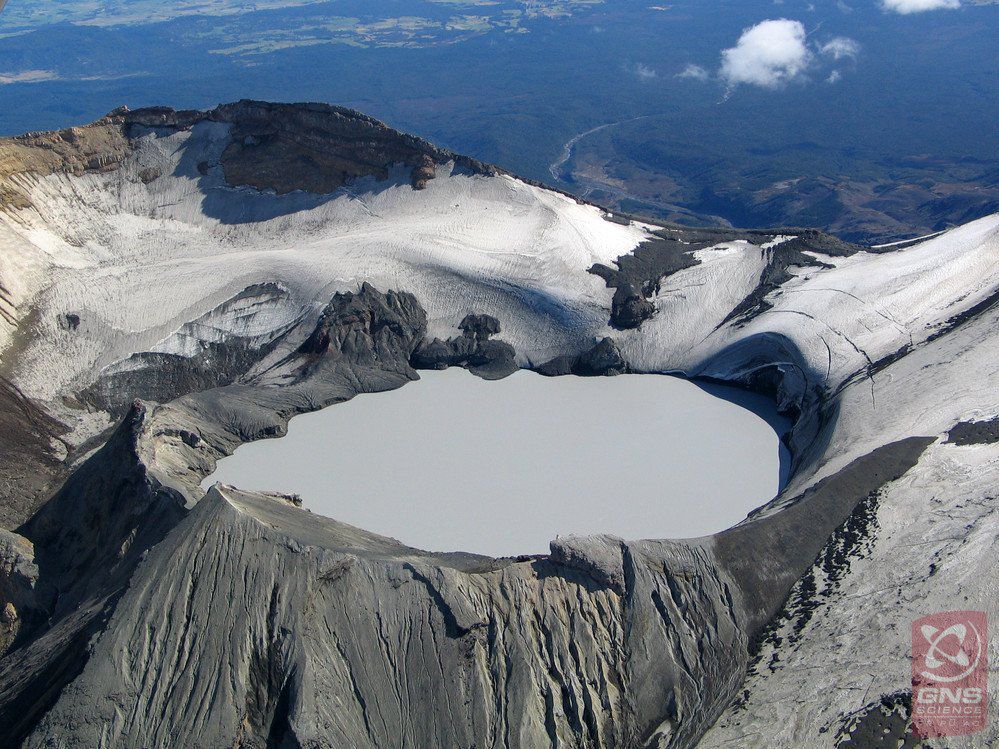 Typically, over periods of several months, Ruapehu Crater Lake (Te Wai ā-moe) undergoes cycles of heating and cooling. At the end of December 2020, the lake warmed to around 43 ° C marking the peak of the previous cycle. At the start of 2021, the lake cooled until February 2021, before heating up again in early March. A maximum of 41 ° C was reached on April 12, 2021. The lake then began to cool to 20 ° C on July 2. The temperature of the lake started to rise again last week and is currently 23 ° C.

As the lake cooled (April-July), the modeled heat input to the lake was approximately 80 to 100 MW (megawatt). To heat the lake water temperature by 3 ° C, our modeling indicates that around 300-600 MW (megawatt) of heat is now entering the lake.

Two small earthquakes were located and a higher level of volcanic tremor accompanied the onset of the lake's temperature rise. The appearance of tremors is quite typical of the onset of such a heating phase.

The Volcanic Alert Level remains at Level 1, reflecting the current level of volcanic unrest. Mount Ruapehu is an active volcano and has the potential to erupt with little to no warning when in a state of volcanic unrest. The aviation color code remains green. In the past 24 hours, the Taal volcano network has recorded 185 volcanic earthquakes, including seven of low frequency, 176 volcanic tremor episodes lasting between 1 to 16 minutes, and a low level bottom tremor that has persisted since July 7. 2021.

High levels of sulfur dioxide emissions and vapor-rich plumes that rose to 1,500 meters before drifting southwest and west-northwest were generated from the main crater of Taal. Sulfur dioxide (SO2) emissions were on average 6,421 tonnes / day on July 11, 2021.

Based on ground deformation parameters from electronic tilt, continuous monitoring by GPS and InSAR, Taal Volcano Island began to deflate in April 2021 as the Taal region continues to undergo expansion. very slow. since 2020.

Alert level 3 (magmatic agitation) now prevails over the Taal volcano. At Alert Level 3, magma exiting the main crater could cause an explosive eruption. The public is reminded that the entire Taal Volcano Island is a Permanent Danger Zone (PDZ) and entry to the island as well as the high risk barangays of Agoncillo and Laurel must be prohibited due to the dangers of pyroclastic and volcanic density currents. tsunami in case of strong eruptions. All activities on Taal Lake should not be permitted at this time.