The US Geological Survey's Hawaiian Volcanoes Observatory has detected an increase in seismic activity beneath the southern portion of the Kīlauea Summit Caldera in Hawaii Volcanoes National Park.

Activity began around 4:30 p.m. HST on August 23 and continued through the night and into the early morning hours of August 24, 2021. The swarm was accompanied by increased ground deformation recorded by the Sandhill inclinometer, just west of the site of the seismic swarm. The same incline increase was also recorded by the inclinometer near Uēkahuna Bluff and the site of the former HVO building.

At around 1:30 am on August 24, the earthquake swarm intensified in this region; this activity may indicate a magma intrusion occurring 1–2 km (0.6–1.2 miles) below the southern caldera.
More than 140 earthquakes were recorded at 4.30 a.m. on August 24; the largest recorded earthquake was magnitude 3.3 with the majority of earthquakes below magnitude 1. Small earthquakes continue at a rate of at least 10 detected earthquakes per hour.

The Volcanic Alert Level / Aviation Color Code for Kīlauea has been raised from Advisory / Yellow to Watch / Orange due to this activity.

An eruption is possible (or maybe just an intrusion) anytime within hours or days, likely in the caldera or maybe even in the southwest fault. Thanks to JX PRESS which collaborated with the space company "Axel Space", which develops and operates artificial satellites in-house, satellite images of the submarine volcano Fukutoku Okanoba in the Ogasawara islands could be taken, confirming the eruption on April 13, 2021. Filming was carried out for 4 consecutive days from the 14 immediately after the eruption.

Floating substances such as pumice stones that could be seen around the eruption point have gradually faded and on the 16th the appearance of the "Niijima in brackets" is clearly visible. According to the Japanese Coast Guard, Niijima's size is about 1 km in diameter at 16, and the range of the floating material has reached about 100 km in the west-northwest (maximum width of about 13 km ). (JX PRESS / FASTALERT)

The images reveal the morphological modifications of Niijima as soon as it appears: erosion does its work, and if the eruption remains at this stage, the sustainability of the new island is by no means guaranteed. 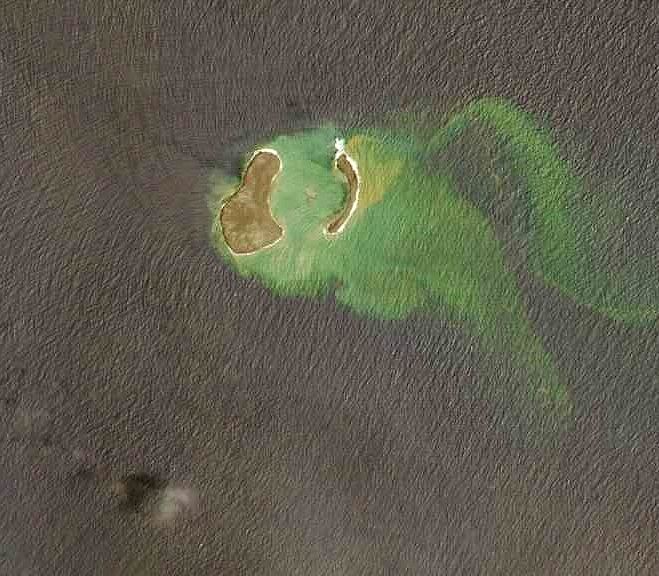 Over the past 24 hours, several ash emissions have been observed at the Reventador in a westerly, southwest, and southerly direction, with plume heights approaching 600 and 1,000 meters above crater level.

The VAAC Washington reported 4 alerts of emissions observed by satellites; the direction of these emissions oscillated from west to southwest and the heights did not exceed 1,400 meters above the level of the crater.

During the same period, the volcano sometimes became cloudy. At night, an incandescence was observed in the crater and the rolling of boulders along the southern flank of the volcano up to 500 meters below the level of the crater. According to visual data from volcanologists in Severo-Kurilsk, an explosion sent ash on August 24 up to 3,700 m. altitude; an ash cloud drifts south-east of the volcano for 10 km.

Moderate eruptive activity of the volcano continues. Ash explosions up to 6 km (19,700 ft) above sea level could occur at any time. The current activity could affect low-flying planes and Severo-Kurilsk airport.

The aviation code remains with Orange.