The thermal anomalies of August 22 are high, included this August 22 between VRP 156MW and 723 MW, according to the readings of Mirova.

During the high extrusive phase of the active lava dome over the past few weeks as it continues to grow, with magma rising in it, the lava dome frequently generates larger or smaller incandescent rockfall and more pyroclastic flows. small. 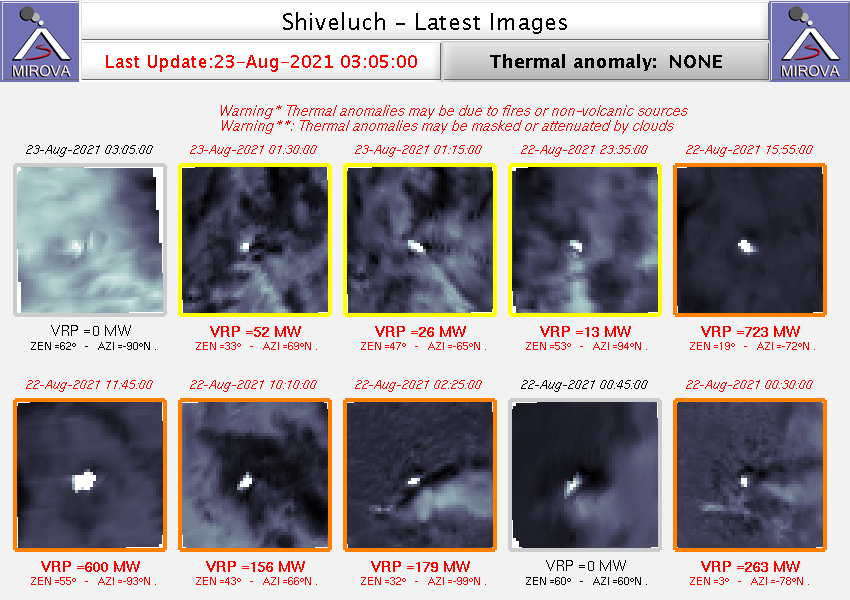 A stronger than usual explosion occurred on the volcano yesterday at around 6:20 p.m. local time, reported by local observers, and also confirmed by the Volcanic Ash Advisory Center (VAAC) in Tokyo.

An ash plume rose to an altitude of 3,700 m. and drifted southeast.
The explosion generated smaller streams of pumice and ash caused by the collapse of the eruption column. Moderate eruptive activity is underway at Chirinkotan in the Kuriles on August 22 and 23, 2021.

The 3 km-wide Chirinkotan volcano island is the emerging summit of a volcano that rises 3,000 meters from the bottom of the Kuril Basin. Its summit is 724 m high and is home to a one km caldera. wide, 300-400 m deep. open to the southwest. It sits at the end of an E-W-trending volcanic chain that stretches almost 50 km west of the central part of the main arc of the Kuril Islands. Historic eruptions have been recorded here since the 18th century, including one observed by Captain Snow. (a) Chirinkotan Island in July 2016 (Photo Y. Taran) and (b) its Google map image. View inside the Chirinkotan crater in August 2015. Photo O. Chaplygin. - via Reseach gate

The Sernageomin reports a VT earthquake associated with the fracturing of rocks at Tupungatito / Chile , on August 22 at 11:47 a.m.

The volcanic alert remains at the verde level.

The Tupungatito volcano, the historically northernmost active volcano in the central Chilean Andes, is located along the Chile-Argentina border about 90 km east of Santiago and immediately southwest of the Pleistocene volcano Tupungato. Tupungatito consists of a cluster of 12 andesitic and basaltic Holocene andesite craters and a pyroclastic cone at the northwest end of the 4 km wide Pleistocene dacitic caldera Nevado Sin Nombre, which is filled of glaciers at its southern end and is pierced to the NW. Lava flows from the northernmost vent have passed through the breach on the northwest flank. The Tupungatito produced frequent light explosive eruptions during the 19th and 20th centuries. The last eruption was in November 1987 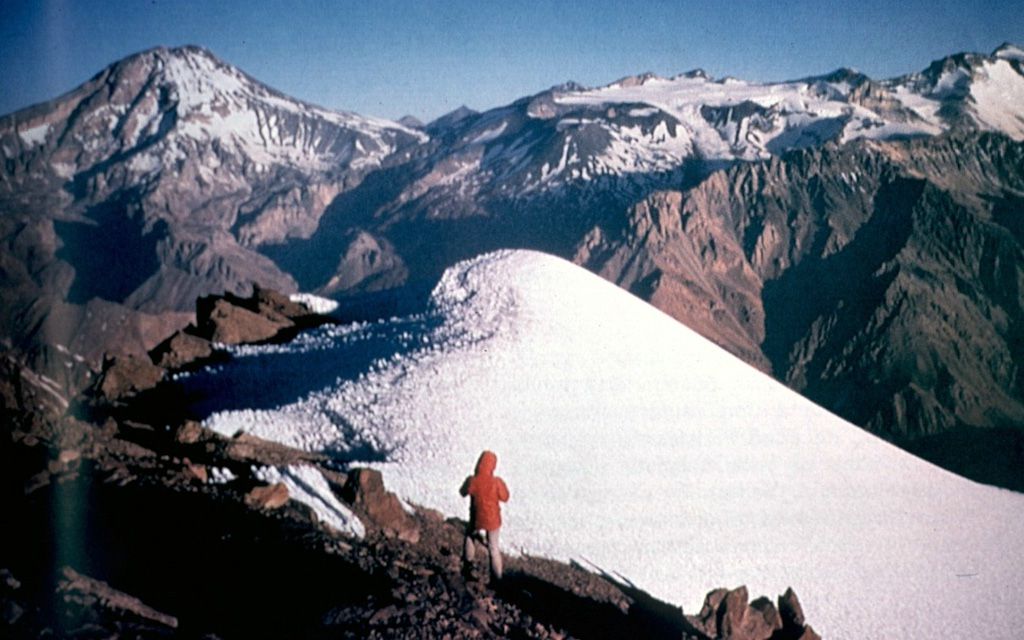