Activity of Taal, volcanoes in Alaska, Kamchatka and the Ogasawara Islands. In the past 24 hours, the Taal Volcano network has recorded 27 volcanic tremor events lasting one to 45 minutes and one low-level bottom tremor that has persisted since July 7, 2021.

The activity of the main crater was dominated by the rise of hot volcanic fluids in its lake which generated plumes 2000 meters high that drifted northeast.

Sulfur dioxide emissions averaged 9,025 tonnes / day on August 14, 2021. In addition, VOG was observed over the Taal volcano and its surroundings.

Based on ground deformation parameters from electronic tilt, GPS and InSAR continuous monitoring, Taal Volcano Island began to deflate in April 2021 as the Taal region continues to decline. undergo a very slow expansion since 2020.

Alert Level 2 (increased unrest) now prevails over Taal Volcano. DOST-PHIVOLCS reminds the public that at Alert Level 2, sudden explosions of steam or gas, volcanic earthquakes, minor ash falls and fatal accumulations or expulsions of volcanic gas can occur and threaten areas in and around TVI. DOST-PHIVOLCS strongly recommends that entry be strictly prohibited into the volcanic island of Taal, the permanent danger zone or PDZ of Taal, especially the surroundings of the main crater and the Daang Kastila fissure, as well as the occupation and boating on Taal Lake. Three volcanoes are in aviation code orange in Alaska, the Pavlof, the Great Sitkin and the Semisopochnoi.

Three small explosions were detected on the infrasound sensors of the Pavlof volcano during the last day. Web camera footage this morning confirmed a small ash emission from the most recent of them. Like all other explosions seen during the current eruption, the ash appeared to dissipate quickly and the deposits were confined to areas near the vent.

High surface temperatures and small earthquakes were detected during the last day at the Great Sitkin volcano, which corresponds to the continued growth of a lava dome. A plume of steam and gas could be seen above the summit on clear satellite images from the web camera. No explosion or ash emission was detected.

During the last day, four small explosions were detected from the North Cerberus crater in Semisopochnoi on infrasound and seismic sensors. Clear images from the web camera showed nearly continuous ash emissions, including during periods with no explosion detected. Overnight, satellites detected a low-level ash plume below 10,000 feet above sea level extending to Kiska about 100 to 200 miles west (200 to 300 km). The KVERT indicates four volcanoes in aviation code orange, from north to south, in Kamchatka and in the Kurils: the Sheveluch, the Karymsky, the Ebeko, the Chirinkotan.

Sheveluch (Kamchatka): The explosive activity continues. The Volcanic Ash Advisory Center (VAAC) Tokyo has warned of a plume of volcanic ash that rises to an estimated altitude of 15,000 feet (4,600 m) or flight level 150 and moves at 10 knots in a SE direction .

Karymsky (Kamchatka): The explosive activity continues. The VAAC Tokyo has warned of a volcanic ash plume that has risen to an estimated altitude of 8,000 feet (2,400 m) or flight level 080 and is moving at 10 kts in the S direction. In the Ogasawara Islands,

the eruption of the submarine volcano Fukutoku-Okanoba continues, with the emission of steam plumes drifting westward and being able to reach the coasts of the Asian continent during the day.

Explosive activity has resumed and continues in Nishino-shima. VAAC Tokyo has warned of a volcanic ash plume rising to an estimated altitude of 2100 m., or flight level 070 and moving at 10 kts in the NE direction. 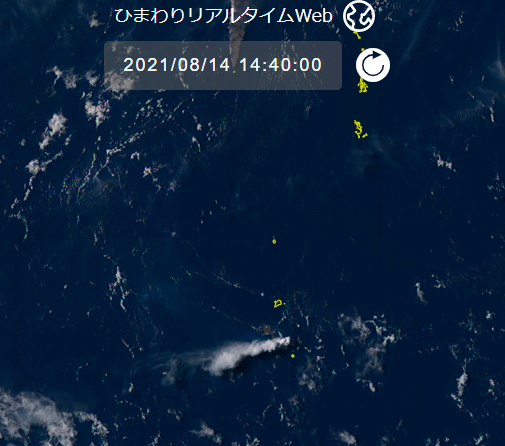 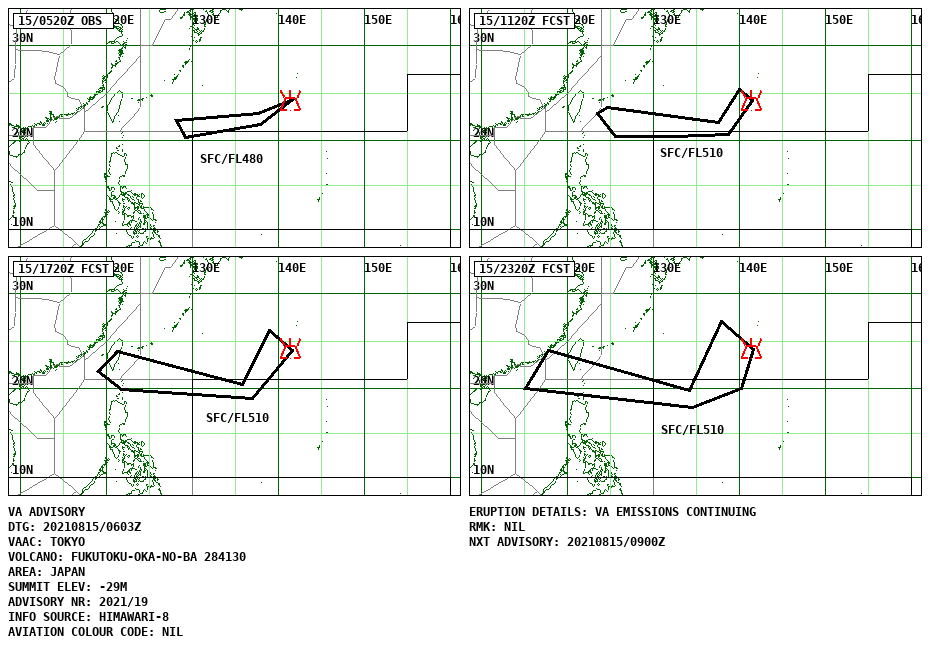