Between August 16 and 22, the eruptive activity of Sabancaya remained at moderate levels, with an average of 33 daily explosions, accompanied by plumes of ash and gas reaching up to 2,900 m. above the summit.

During the week, 822 earthquakes of volcanic origin associated with the circulation of internal magmatic fluids were detected and analyzed. VT earthquakes, linked to rock fracturing, mainly concern a large northern sector, with magnitudes from 2.5 to 3.3.

No significant deformation anomalies. Six thermal anomalies, of VRP max. of 9 MW, are associated with the presence of a lava body in the crater.

The volcanic alert level remains at Naranja, with an inaccessible area of ​​12 km radius. The BPBD of Tomohon, on Sulawesi, gave the order to close the climbing activities of the Lokon volcano, in activity level 2 / waspada.

The PVMBG reminds the public and tourists not to approach or carry out activities within a radius of 1.5 km radius of the Tompaluan crater, following an increase in surface earthquakes.

The seismicity of August 23 was characterized by: At approximately 7:40 a.m. on Sunday, August 22, 2021, a period of minor ash emission was observed from the active ventilation zone of Whakaari / White Island.

According to the webcam observations, the ash emission persisted for about two minutes. It was not visible in the footage from Whakatane's camera. Based on the short duration of the activity, it is unlikely that it produced a plume large enough to create ashfall even on the island.

Webcam images continue to show a nocturnal glow, suggesting temperatures in the active ventilation zone likely remain around 500-600 ° C, as recent observations do.

Satellite radar data continues to show small amounts of ground deformation around the active vent and the lake area. 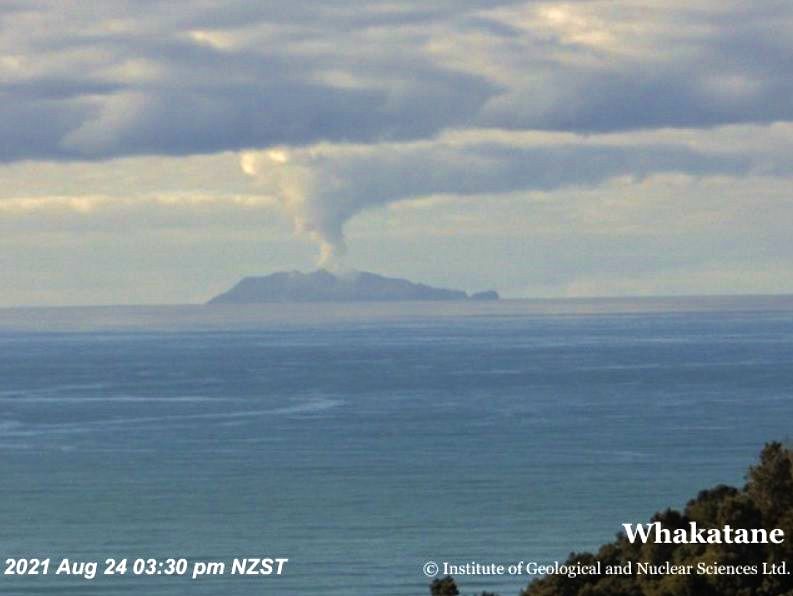 These observations do not change recent interpretations that a new shallow level magma intrusion has occurred since June 2021. The ash emission observed on Sunday may be related to the shallow magma under the active vents, but its short duration suggests that unstable material falling into the vent, then fragmented and then ejected by gas pressure, may be a more plausible explanation.

The volcanic alert level remains at 2 and the aviation code at yellow.