Fagradalsfjall - Activity in the crater and lava flow from an orifice at the base of the cone (left) on 09/11/2021 around 10 a.m. - photo from the video Visir / Matthias Vogt

The show must go on ... The tremor intensified in Fagradalsfjall on September 11 at around 5 a.m., after a 9 day break. The activity suddenly increased and continued to grow.

Matthias Vogt, pilot of Volcano Heli, saw around 10 a.m. this September 11, lava flow through an orifice at the base of the west wall of the crater and along the slope, in addition to bubbling in the active vent in depth.

Later, lava was also observed in the Geldingadalir lava field. A lava pond has formed there, and several spattering spots are observed on its surface. Are these new vents or cracks. ? It is more likely the gas in the lava flow that finds the leak points, since most of the pond has a solidified surface.
The eruption is certainly not over yet. 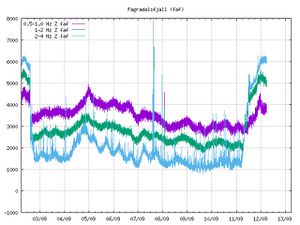 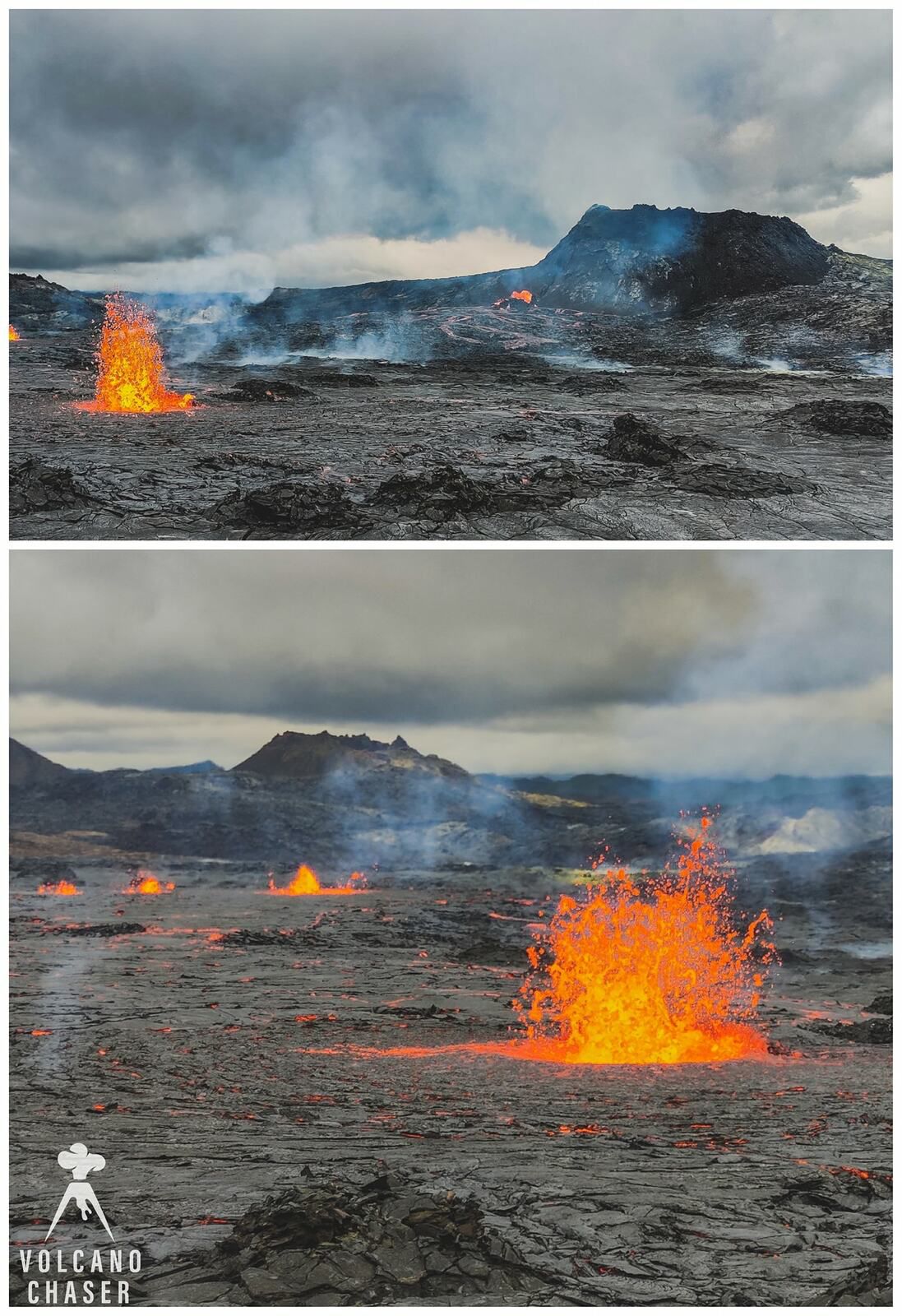 Fagradalsfjall - reflections in the gas plume on 09.12.2021 - photo Kevin Pagès via Iceland Geology Seismic & Volcanic Activity in Iceland - one click to enlarge

From 19:09 UTC / 21:09 loc. on September 11, Stromboli surveillance networks recorded an explosive event of greater than usual intensity. The event produced a significant emission of matter which passed the terrace of the crater as it rolled along the Sciara del Fuoco
Due to the cloud cover, observations are very limited.

The seismic network of the island of Stromboli recorded a seismic event, linked to an explosion, with an amplitude well above the average of the amplitudes of the events recorded recently. This seismic event was followed after about 1 minute by another event of high amplitude and others of lesser amplitude.
After the first event, the seismic signal remained at high levels for about 3.5 minutes due to the rolling phenomena of the products emitted.
At 19:13 (UTC), the average amplitude of the seismic signal returned to the medium-low levels that preceded the event. There are no significant changes in the number and magnitude of VLP events.
At 23:02 (21:02 UTC), the settings return to normal activity. During the last 24 hours, thanks to the monitoring systems of the Popocatépetl volcano, 128 exhalations accompanied by water vapor, volcanic gases and low ash content have been identified. In addition, 753 minutes of low amplitude tremor were identified, as well as an explosion, recorded today at 1:34 am.

A total of 14 explosions have been recorded by Cenapred since September 2.

From morning until 11 a.m., the crater was observed with a slight emission of water vapor, gas and light amounts of ash in a southwest direction. Finally by late afternoon, the area was partially clear, and gas emissions were observed up to 1200 meters above crater level in a northwest direction.

At night, an incandescence was observed in the upper part, in addition to the rolling of incandescent blocks up to 500 meters below the level of the crater on the sides of the volcano.