News from Fukutoku, La Palma and the Soufrière of St. Vincent. 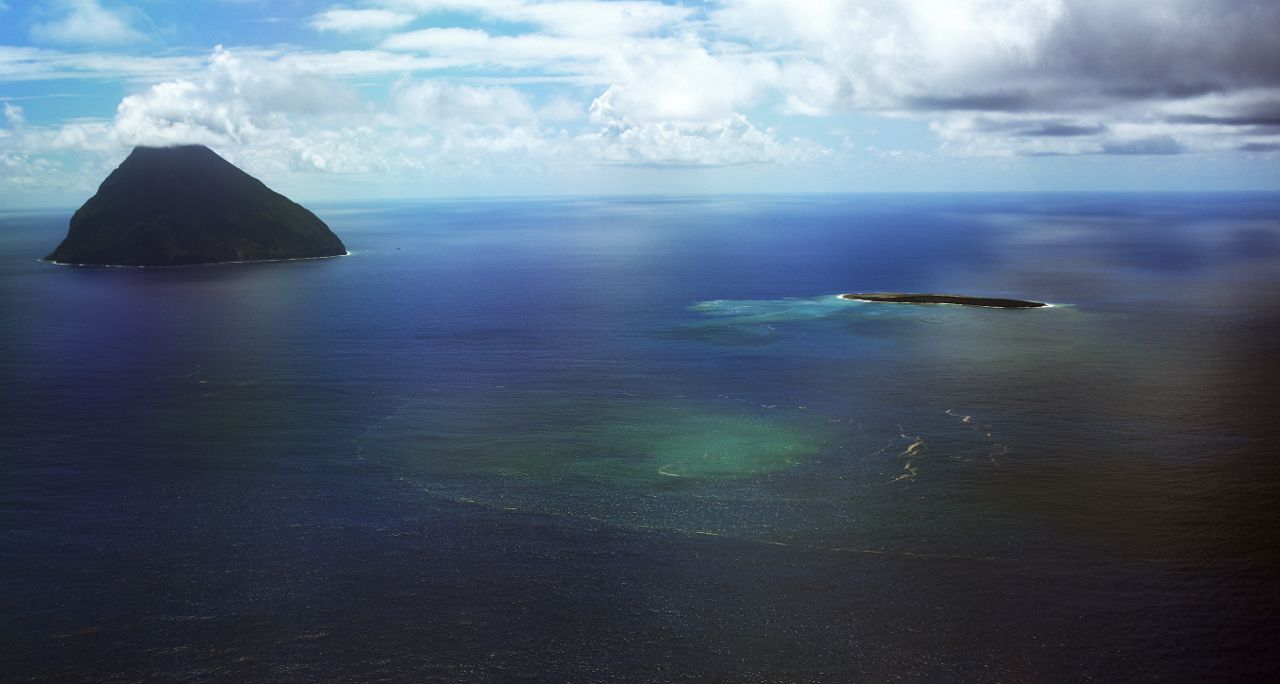 The Japanese Coast Guard reported that during an overflight of Fukutoku-Oka-no-Ba on September 12, observers noted that the West Island was unchanged, while the East side had been completely eroded and submerged.

The yellow-green to yellow-brown discolored water extended from the ventilation zone to the SW, S and SE, suggesting continued eruptive activity. Another area of ​​discolored water was approximately 2 km in diameter and was about 2 km ENE of the volcano, attesting to still ongoing activity.

The discolored water prompted JMA to issue a navigation warning to nearby vessels. Fukutoku - Okanoba - West island and discolored water area; the east island is no longer visible due to its erosion - photo Japan Coast Guards 12.09.2021 - one click to enlarge.

The activity continues to migrate in a north-westerly direction.

Since 00:11 (UTC), 20 earthquakes have been located at depths between 1 and 3 km (with errors between 2 and 3 km), the event with the highest magnitude being 2.9 mbLg, at a depth of 0.4 km. The rest of the activity continues at depths between 7 and 9 km. The energy accumulated so far is 2.5 × 1011 Joules. These movements were observed both with the island's GNSS network and with InSAR data (Sentinel-1). La Palma - location of earthquakes according to dates and deformation on 15.09.2021 - Doc. IGNes La Palma - The Sentinel1 interferogram (ascending orbit) shows ~ 6 cm of signal with reduced range (towards the satellite) - 09.15.2021 - NB: it must be confirmed by the following passage in descending orbit.