The eruption of Cumbre Vieja, and the Semisopochnoi in red. 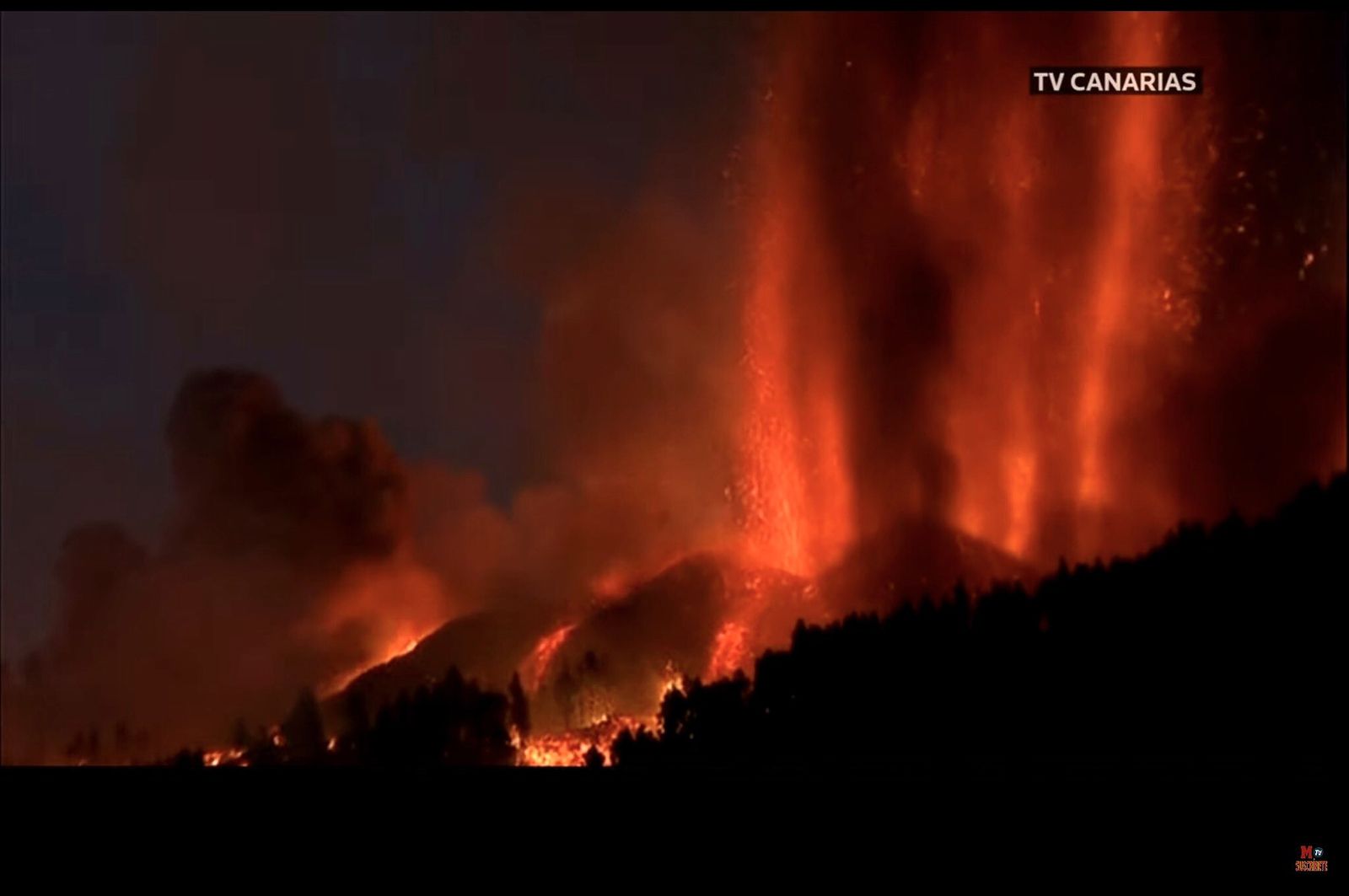 The Volcanological Institute of the Canary Islands (INVOLCAN) has confirmed and formalized the start of the volcanic eruption on the island of La Palma, in the Canary Islands on September 19 at around 3:10 p.m. (Canary Island time) in the area of ​​Cabeza de Vaca, in El Paso.
An emergency evacuation is in progress! (see previous articles). La Palma - progression of earthquakes at the start of the eruption - Doc. IGNes - one click to enlarge The eruptive rift appears to have suddenly opened along one of the mountains in the southwest of the island.
The eruptive fracture, in addition to the small lava fountains, feeds small lava flows that slowly advance towards the valley, and towards an inhabited area of ​​El Paso. A plume of ash and gas rose several hundred meters high.

The mountain slopes / volcanic ridge, where the fracture has opened, are also rich in vegetation, therefore there is a high risk that lava could start large fires.

InVolcan teams have counted seven eruptive vents on the crack at the start of the eruption. The temperature of the melt was measured at 1.075 ° C. At 6 pm, the president of the Cabildo de La Palma, Mariano Hernández Zapata indicated that there were no people affected by the eruption, however several homes were affected by the flows; it is estimated that there are currently five eruptive vents through which, at least two, enough magma is emanating that has already passed the Tacande highway and is heading towards Alcalá and El Paraíso, which have already been evacuated.

700 people were evacuated as a precaution on the coast of Los Llanos de Aridane, because the lava can affect the main road that connects the capital of the municipality to Puerto Naos. The first deputy mayor and councilor for citizen security, Lorena Hernández, detailed in statements to Efe that among the evacuees are 500 tourists staying at the hotel in Puerto Naos.

During the night, the lava fountains remained active, and the lava flows advanced towards the inhabited area. 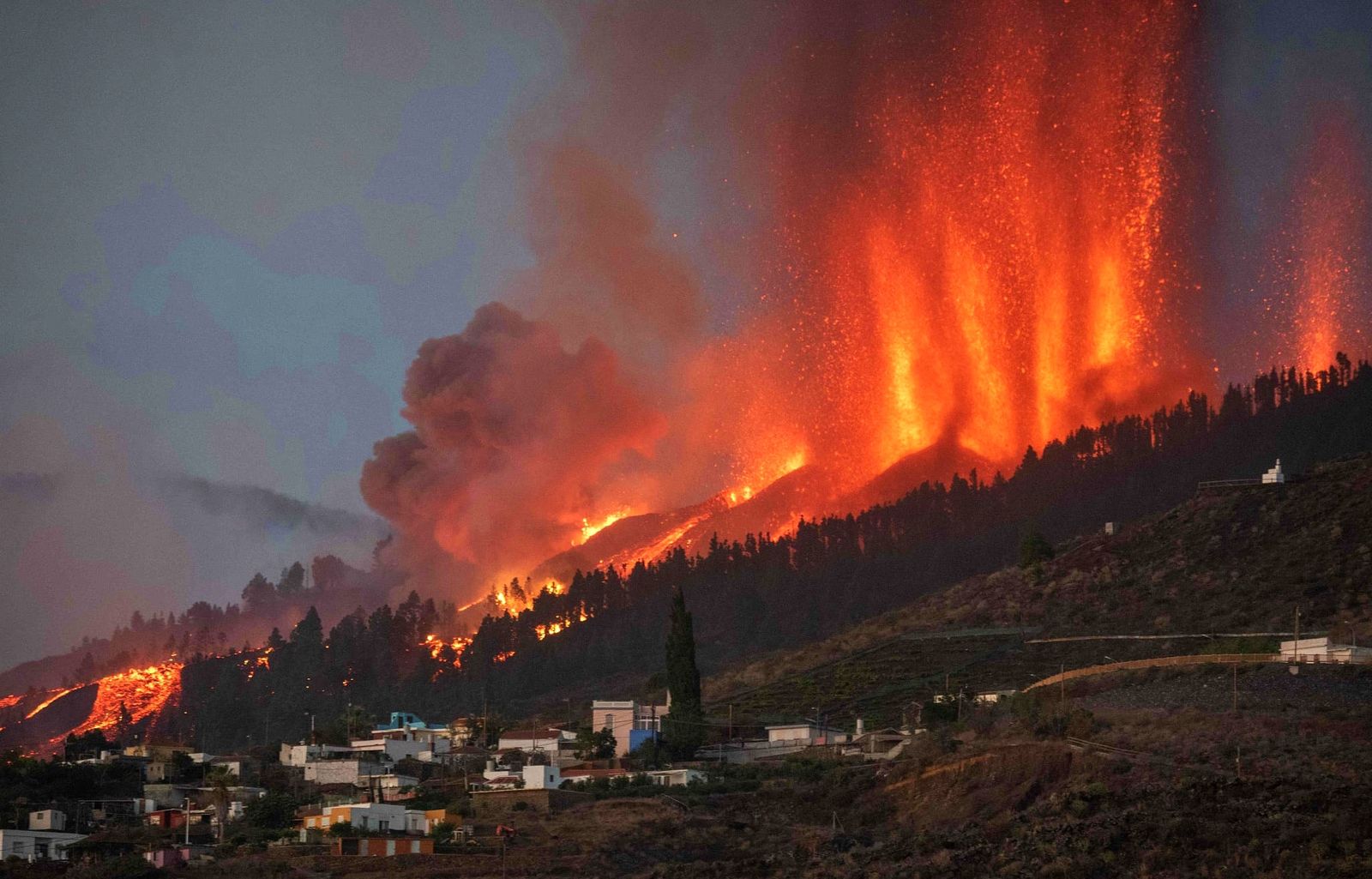 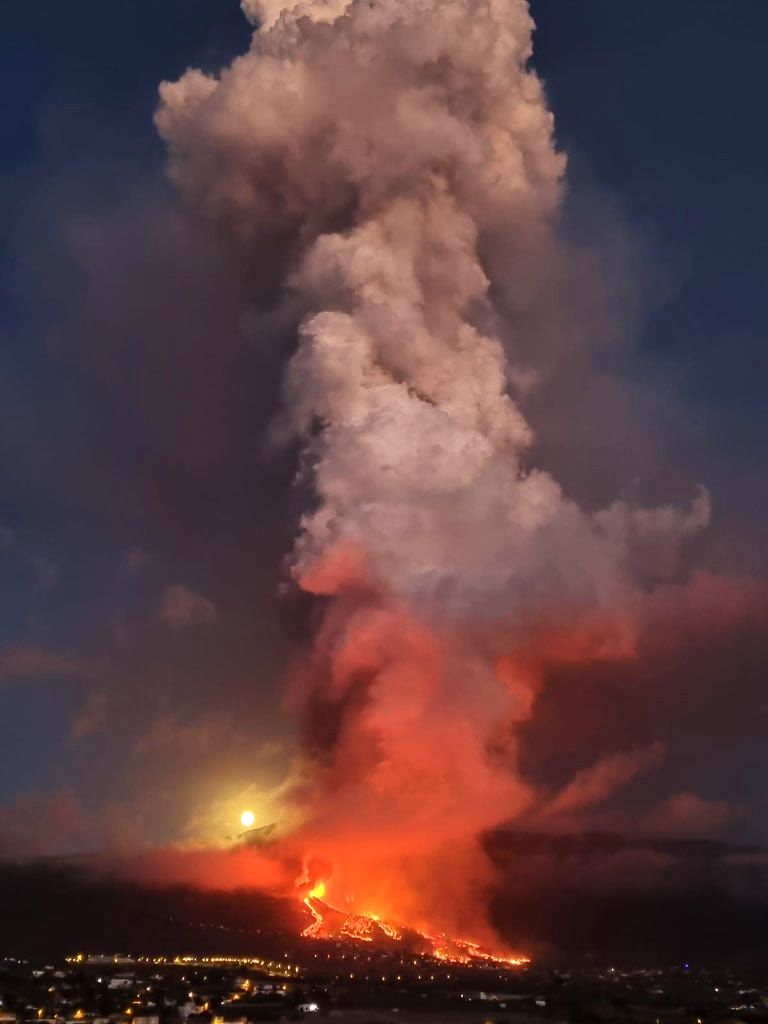 The young Cumbre Vieja, the southern volcano, is one of the two volcanic centers of the island of La Palma. The elongated volcano dates back about 125,000 years and is oriented N-S. Eruptions over the past 7,000 years have formed abundant ash cones and craters along the Cumbre Vieja axis, producing fissure-fed lava flows that from November ash steeply to the sea. Its latest manifestation date from October 26 to November 18, 1971; The activity of six different vents built the Teneguia cone. (GVP) Ash emissions from the eruption underway at Semisopochnoi have increased in frequency and intensity. Satellite images show an ash cloud at an estimated altitude of 15,000 feet above sea level extending about 60 miles (100 km) to the southeast until 05:00 UTC. Explosions were observed throughout the day and an increase in sulfur dioxide emissions was observed in satellite data this afternoon. These observations represent an increase in eruptive activity and the aviation color code and volcanic alert level are increased to RED / Warning.

Increasing clouds high over Semisopochnoi will likely obscure satellite views of ash emissions within the hour. Seismic and infrasound monitoring will continue to provide notification of ongoing explosive activity, but cannot determine the height or extent of ash emissions. The Alaska Volcano Observatory will continue to closely monitor all available data.