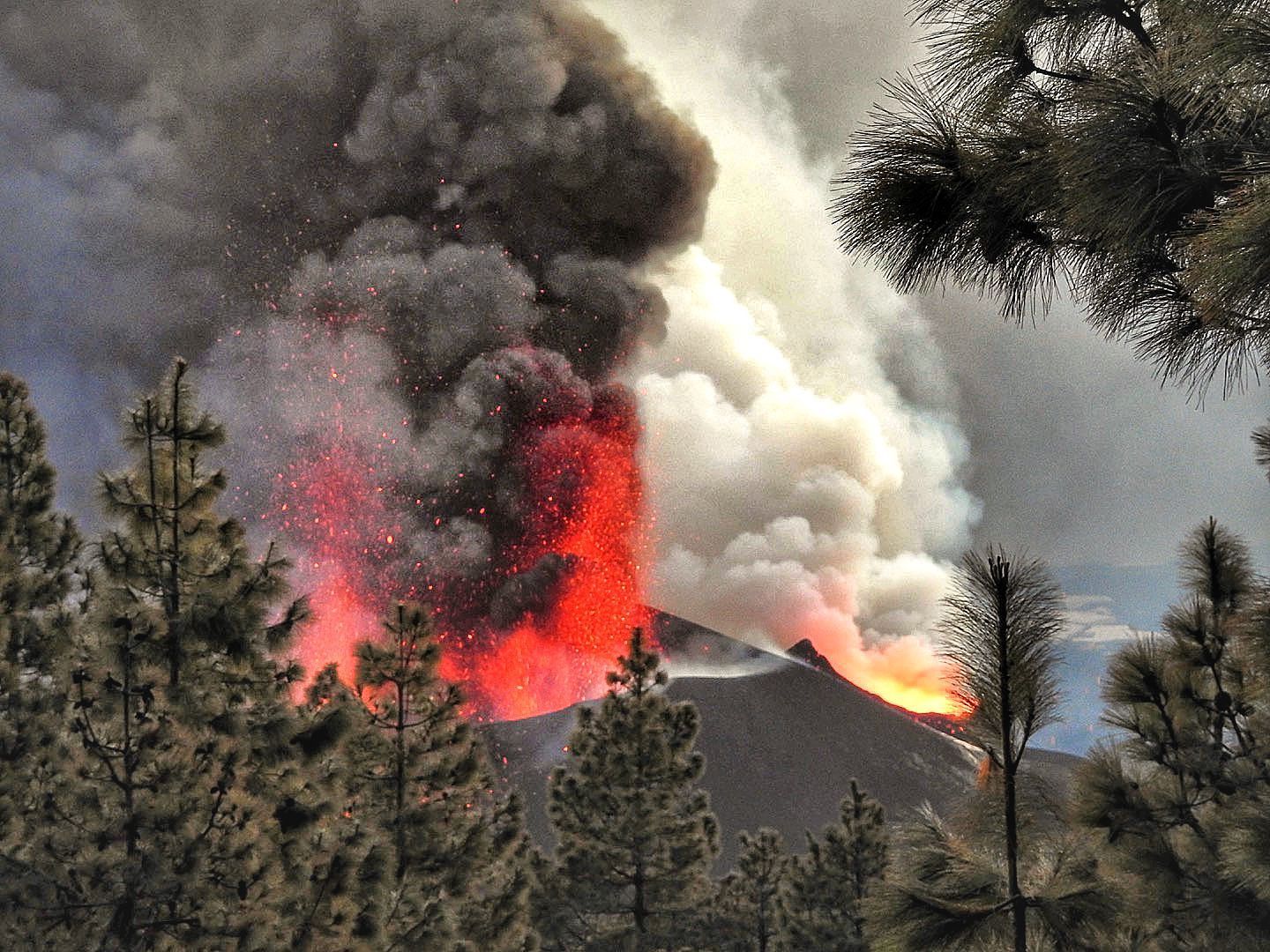 The eruption of Cumbre Vieja continues and behaves on the pattern of the last three days, with high rates of lava emission and no reconfiguration of the cone during the last 24 hours.

From the lava emission focus on the northwest flank of the main cone, a flow moves southwest above the previous flows, separating into two arms, one to the west, the other to the south -Where is. The latter is advancing on unaffected land so far 900 meters in the last 24 hours.

The sulfur dioxide level has tended to decrease for 5 days. 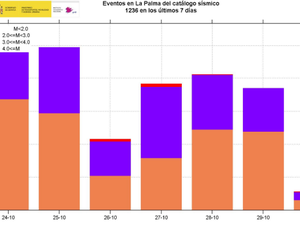 Seismicity remains at a depth of 10 -15 km. Yesterday's strongest earthquake was 4.2 mblg.

The amplitude of the volcanic tremor signal is maintained at high average levels, with intensifying pulses.
The island's network of permanent GNSS stations shows that the elevation recorded on the 25th at station LP03, which is closest to the eruptive centers, has reversed. However, the southern deformation recorded by the station was only partially recovered. At the most remote stations, a slight deflation is maintained, possibly related to deep seismicity. Image WorldView-2, the growing lava dome in the summit crater of Great Sitkin now covers an area of ​​more than one square kilometer and has spilled over the crater rim to the north, west and south. A robust steam plume also extends from the eruptive vent region to the south. - Dietterich Anna - AVO 25.10.2021

Lava effusion continued this week at the Great Sitkin, and lava fills more than half of the summit crater. Satellite imagery through October 27 showed that two lava lobes, flowing over low points on the crater rim, extend down the slope about 600m to the south and west . Lava also reached the rim of the crater on its northern periphery. In a few areas, lava has advanced over the snow and juts into the glacial ice to the east, but no significant vapor formation or water accumulation was observed. This indicates that melt rates are likely low and that there is no indication of impending hydrological hazards.

The lava lobes which have passed the edge of the summit crater flow into small valleys developed on the volcanic edifice. The terrain is steep in these areas, and boulders of lava and lava rubble could break away from the terminus of the flow lobes without warning and form small rock avalanches in these valleys. Such avalanches can release ash and gas and could travel several hundred meters beyond lava flows; they would be dangerous for anyone in these areas. Satellite imagery shows such a blocky deposit extending downward beyond the terminus of the western flow lobe.

Local geophysical data and web cameras were restored last week, Oct. 23, after a power outage in Adak, Alaska. The level of seismicity has been slightly elevated throughout the past week and there have been persistent small earthquakes likely associated with the ongoing lava flow. No explosive activity or ash emission was detected in regional seismic, infrasound or satellite data 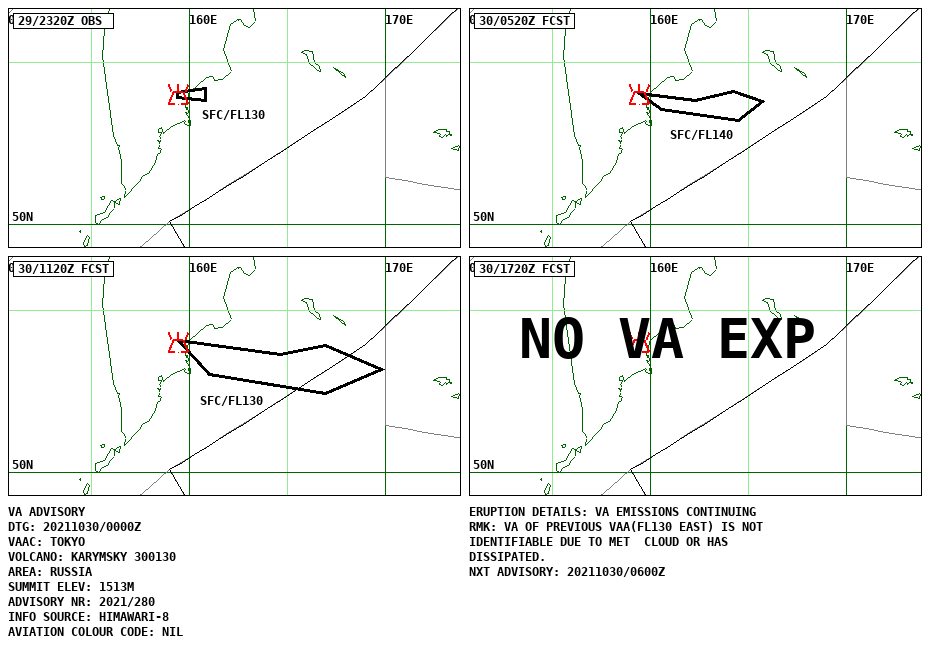 A moderate eruptive activity is maintained at Karymsky, with this October 30 explosions accompanied by a plume of ash and gas rising to 2300-2500 m asl.

The ash cloud stretches 120 km east of the volcano.

Current activity may affect aviation and the code remains orange