The INGV communicates that on October 20 from around 02:47 UTC, a weak resumption of Strombolian activity is observed at the level of the south-eastern crater of Etna.

So far, activity has produced sporadic isolated explosions accompanied by small puffs of gas / ash, which move southwest, dispersing into the atmosphere. Over the next few minutes, sporadic faint glows were observed, accompanied by gas emissions.

The average amplitude of the volcanic tremor oscillates between low and medium-low values. The locations of the tremor sources are concentrated in the area of ​​the central craters with depth between 2600 and 2700 m; altitude. The rate of occurrence of infrasonic events is moderate with sources located in the area of ​​the Bocca Nuova crater and some events at the SE crater. Map of the summit craters of Etna, morphological update from the SEC carried out following the drone and GPS campaign of October 4, 2021. - Doc. INGV OE

A strong eruption occurred on the volcano of the island-volcano of Manam in Papua New Guinea at 22:40 UTC on October 19, 2021. The ash plume rose to more than 15 km of altitude. The color of the air alert has changed to Red.

Another plume rose more than 10 km a few hours later.

A heavy blanket of ash on the island obscures it from the mainland. An abundant lava flow is reported in the valley northwest of the village of Budua, as well as a pyroclastic avalanche or pyroclasts fall on the villages of Baliau, Boda and Kuluguma.
The island is plunged into darkness, the mobile network is poor. 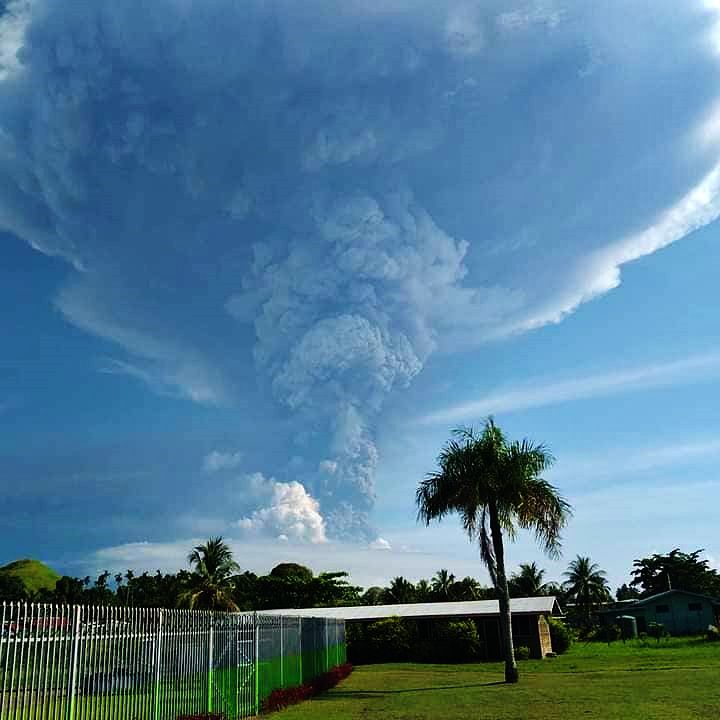 No significant changes in the activity of Cumbre Vieja on the island of La Palma; the volcano continues to feed the lava field at high effusion rates.

The flows further north continue to cause damage in the La Laguna area, destroying infrastructure, businesses and homes. 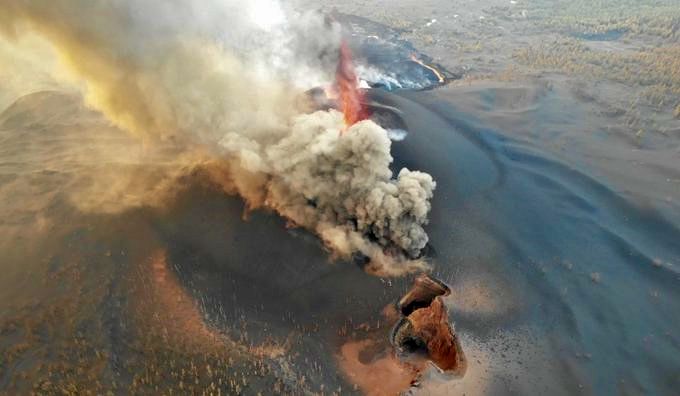 A cloud of sulfur dioxide (SO2) extended yesterday from the Canary Islands, passing over Spain, France and Germany, to Belarus. 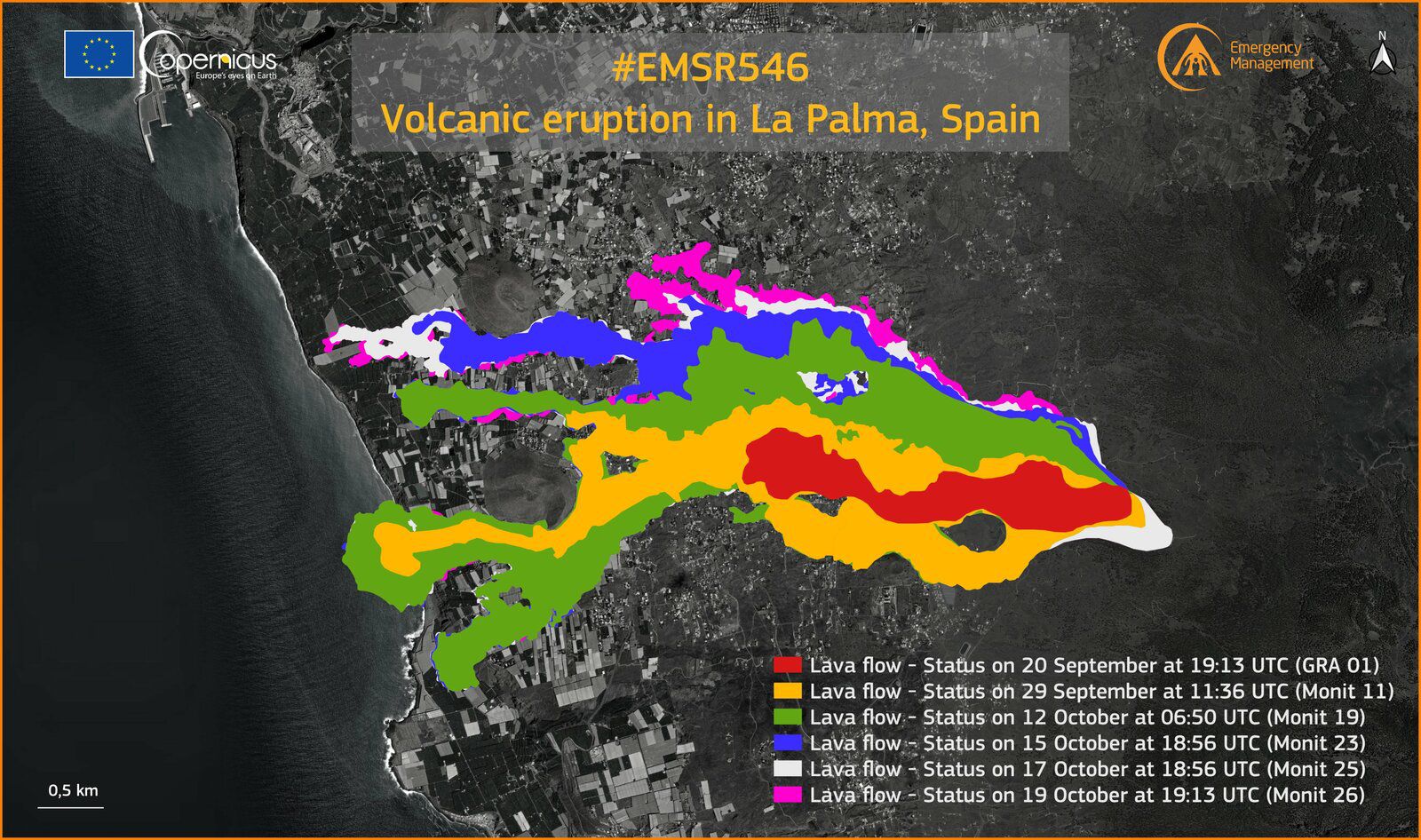 During the 2021 North Atlantic Stepping Stones Expedition, the NOAA Ocean Exploration mapping team mapped (to varying degrees) about 40 seamounts in New England, 20 of which had little to no pre-existing data.

This expedition fills the gaps in our collective understanding of the North Atlantic seamount chains.