In La Palma, the new lava flow, which emerged after the collapse of the northern flank of the Cumbre Vieja volcano in the early hours of Saturday, affected the houses that remained in Todoque and entered the industrial area of ​​Los Llanos de Aridane . The lava affects an area of ​​591 ha., 63 ha more than Sunday.

On the evening of October 11, 6 advance zones in the northern flows and a few others in the southern arm were observed.

A containment notice was issued by the Pevolca, following the fire at the Callejón de la Gata cement plant, and the release of gas.

About 16 o'clock. , the flow north of todoque was located 300 meters from the coast, and could form another fajana in the area of ​​Playa del Perdido. 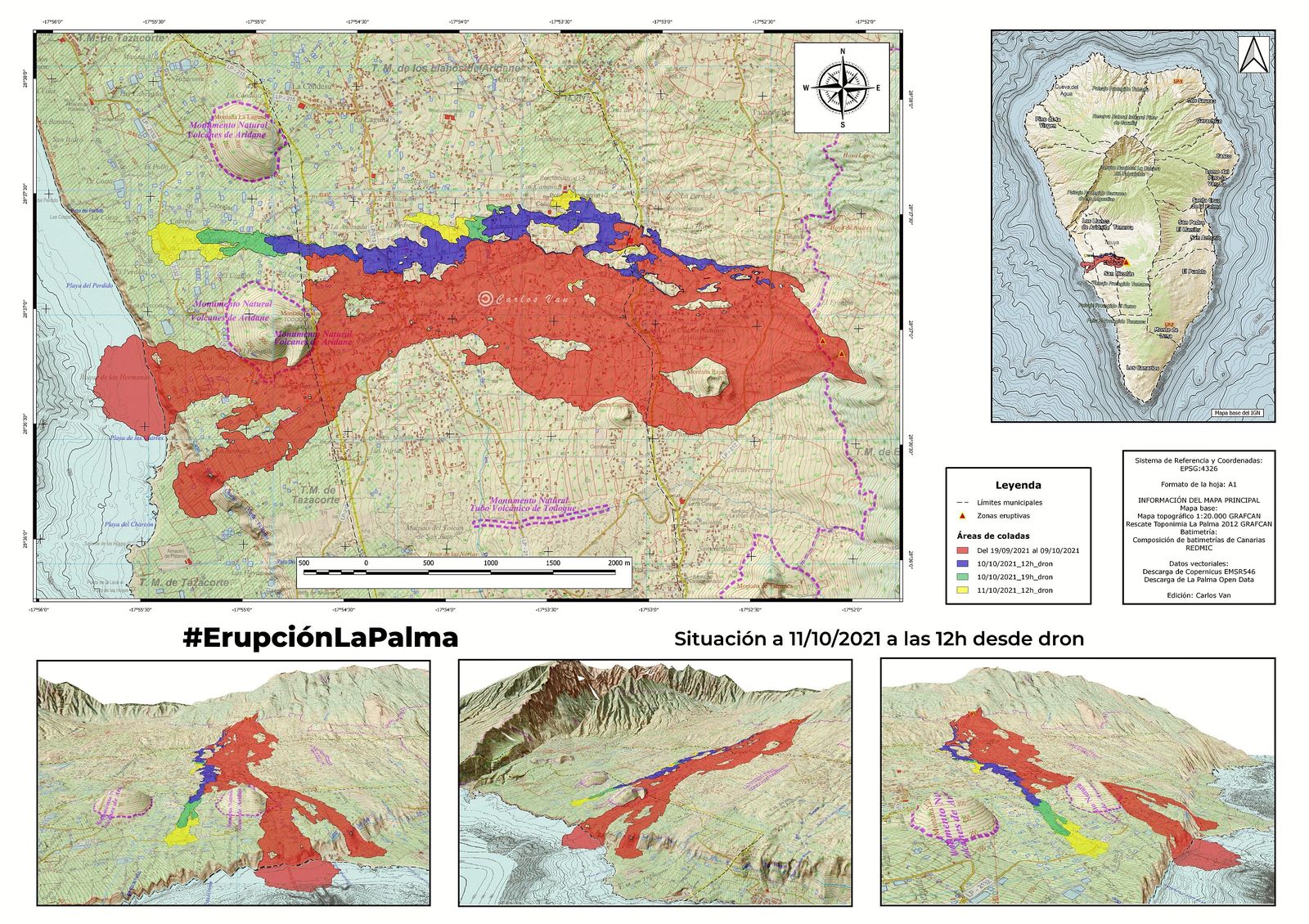 The explosive eruption of Sabancaya continued at moderate levels, with an average of 27 explosions per day between October 4 and 10.
The plumes of gas and ash reached an estimated altitude of 2,000 m., Drifting according to the winds over all sectors.
Seismicity is characterized by approx. 754 volcano-tectonic earthquakes of magnitude less than M 3.5, accompanying internal magmatic movements.
Lahars (mudslides) could also occur if heavy rains remobilize the fresh ash deposits.

The alert remains in Naranja, accompanied by a forbidden zone of
12 km radius around the crater. 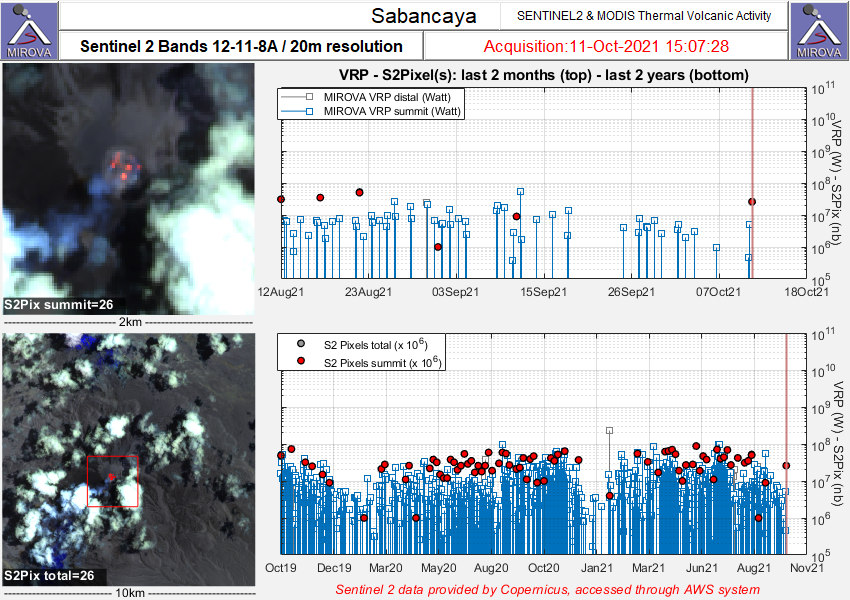 The total eruption volume since the start of the eruption was estimated to be around 15.9 million cubic meters on October 8. The West Vent lava fountain has a sustained height of around 4 meters, rising to around 15 meters on previous days. The fountain built a spatter cone, with an opening about 10 meters wide facing east towards the lake.
Sulfur dioxide (SO2) emission rates remain high, with a measured emission rate of around 5,300 tonnes per day on October 8, 2021, similar to measurements over the past few days. Seismicity remains high but stable. The tilt of the summit has turned to a slightly inflationary trend since the morning of October 10 Lava fountain activity continues from the western vent of Halema'uma'u in the summit caldera of Kīlauea, seen at dusk on October 10, 2021, from the western edge of the crater. Only the western half of the lake surface is active; the eastern half is covered with a cooled and solidified crust. USGS image by B. Carr.