At 07:50:00 local time on October 13, 2021, a moderate energy phreatic eruption was recorded at the Rincon de la Vieja volcano, with a white plume, rich in water vapor and gas, which amounted to 500 meters above the height of the crater and at 2416 masl (meters above sea level).
Duration of activity: 1 minute.

At the time of the eruption, the winds were blowing from the southwest.

Despite the eruption, no significant seismic activity is recorded on the volcano. Geodetic observations show stability in the last days. Following high emissions of CO2 from the ground, the authorities advise to avoid depressions and basements, places where this gas tends to stagnate, on the island of Vulcano.

A number of families were evacuated from the island of Vulcano. The decision was made after some families noticed and observed a significant and abnormal release of smoke from the basement of the inhabited area. Residents were particularly struck by the discovery of a series of dead animals in the same area. With the arrival of the riflemen, INGV scientists detected and recorded a significant CO2 emission which had reached very high levels. This forced local authorities to evacuate a number of homes present in the gaseous emission zone. For the moment the rest of the island will not be evacuated, the current danger comes from the emission of toxic gases and not from an imminent eruption. The island of Fukutoku-Okanoba, formed after the eruption of August 13, 2021, has been suffering from a marine erosion forest.

An overflight on October 12 by the Japan Coast Guards allows to see the current state of West Niijima and the areas of discolored water, which testify to an activity in progress.

Pumice stones are found several hundred kilometers from the eruptive site, in the Ogasawara Islands. In La Palma, two earthquakes, respectively of M 4.5 and 4.1 occurred on October 14; the deformation of the eruptive zone increased by 6-7 cm (indicating new magma on the path with more pressure), the tremor increased, before keeping level, the SO2 emissions rose (17,400 tons / day yesterday ) and all bodes well that the volcano will continue to open new mouths, after a collapse last night and a fusion of the mouths which generated a new flow which descends from the north.

The volume of tephra is estimated to be between 8 and 9 million m³ since the start of the eruption.

In a photo taken recently, the ash and pyroclasts are now much finer, indicating a more energetic process in the eruptive column of the volcano, now VEI2, but which takes the path to an eruption of VEI3.
In addition, several colors are observable, linked to the variation in the chemical and mineralogical composition of pyroclasts and fallen ash. 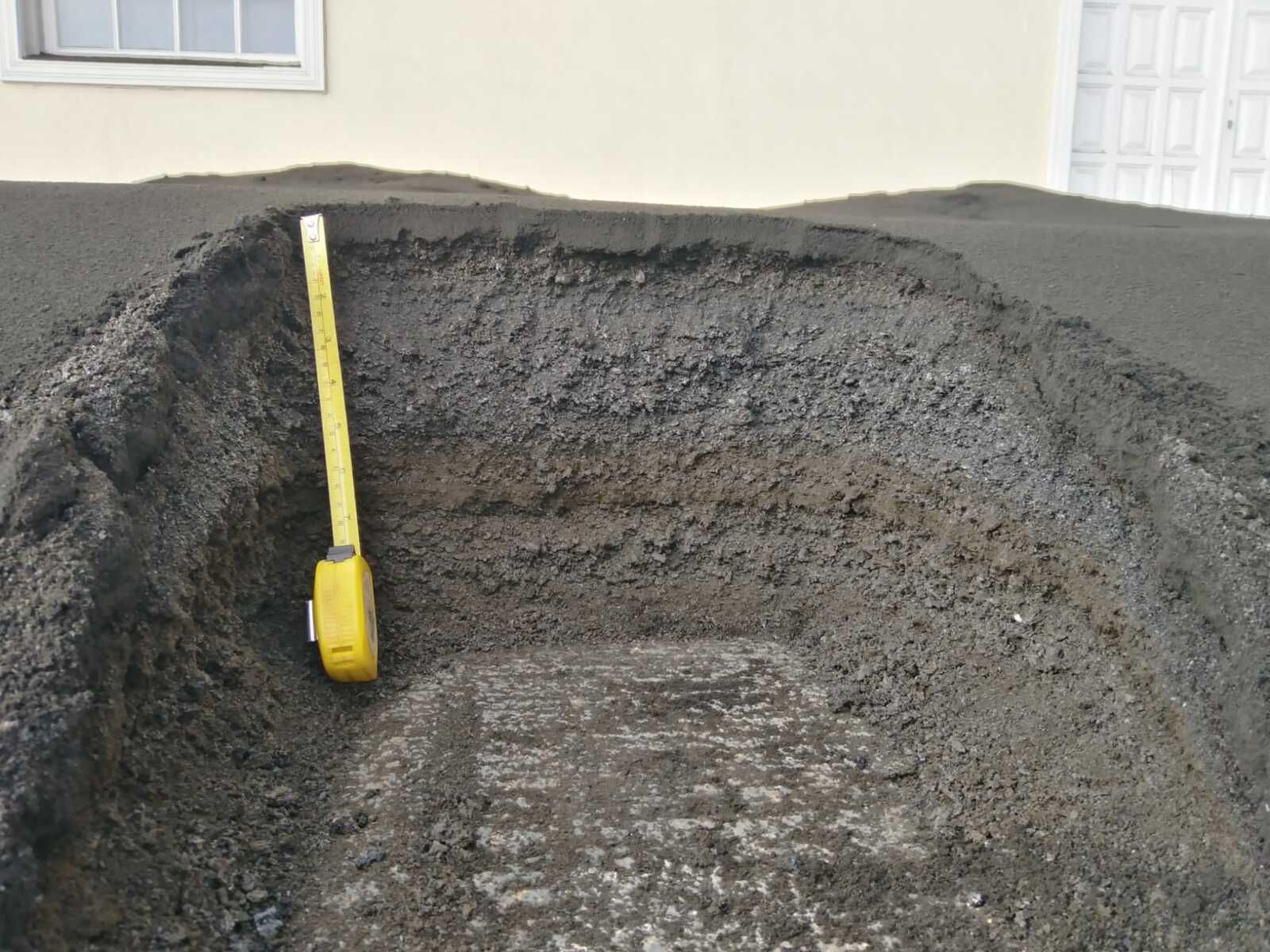 According to the Aviation24.be portal, the Ryanair Boeing 737-800 should have returned to Tenerife South airport for reasons initially linked to the ash cloud.
It remains to be confirmed whether the return of the plane was due to a cause related to volcanic activity on La Palma, or if it was due to external causes.