Eruptive activity continues at Cumbre Vieja on La Palma: During the night of October 5 to 6, powerful fountains are observed at three craters.

Sulfur dioxide emissions mainly concern West Africa and the Atlantic, where they would extend to the Caribbean. 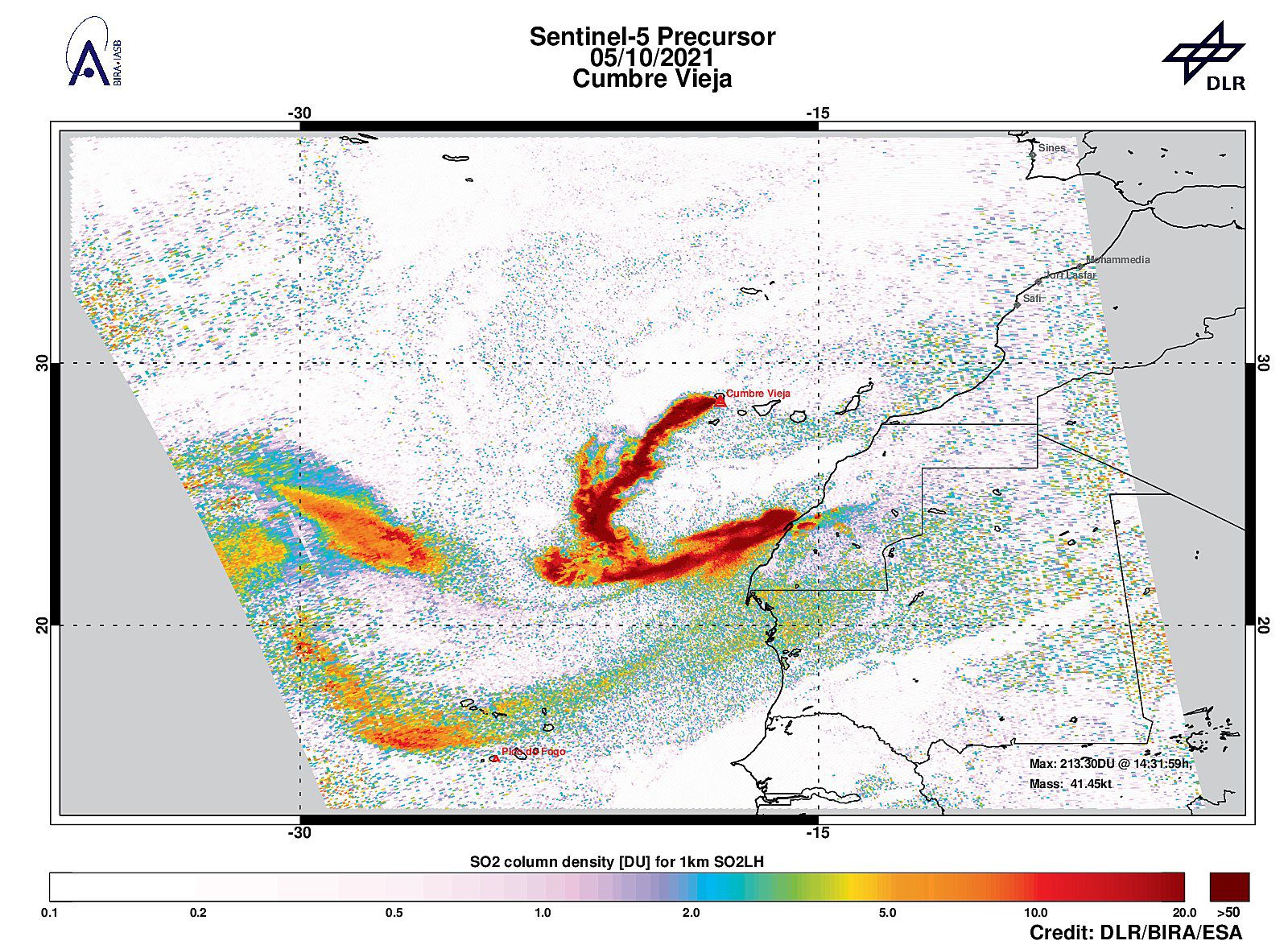 Since 24 hours, 75 earthquakes have been located in the southern part of the island of La Palma, near the current volcanic eruption.
An increase is observed both in the number of earthquakes and in their magnitudes compared to previous days, 7 of the recorded earthquakes have a magnitude greater than or equal to 3.5 (mbLg).

As in previous days, most of the seismicity is located 10-15 km deep, in the area where the swarm started on September 11, although 7 of them are located deeper, between 25 and 40 km.

The average amplitude of the volcanic tremor shows a slight gradual increase since yesterday morning and continues in the same average range of values ​​compared to that observed in this eruption. No significant pulse has been recorded in the past 24 hours. 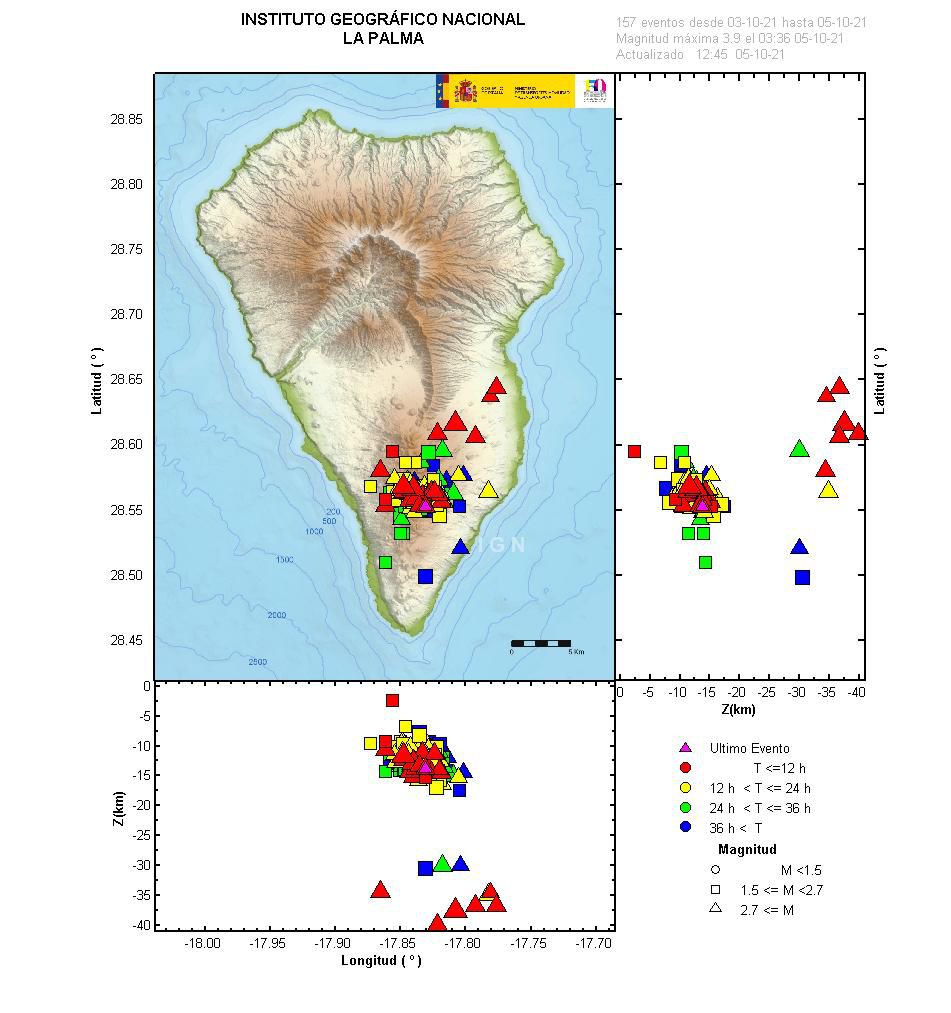 The island's network of permanent GNSS stations shows slight deflation in the vertical component of stations near eruptive centers. These results are consistent with those obtained by InSAR, in which we can see an area that presents a pattern compatible with a possible subsidence between the Sentinel1 images of September 28 and October 4. From July 2021, INGV's monitoring systems have highlighted the variation of certain geophysical and geochemical signals at Vulcano, in particular those linked to the activity of the hydrothermal system which supplies the fumaroles of the Fossa crater and the degassing zone. from the Grotte dei Palizzi, located at the southern base of the cone.

In more detail, an increase in the temperature of these fumaroles and a variation in the composition of the gases were observed, with a greater contribution from the components directly linked to the magmatic degassing (CO2 and SO2).

The temperature of the fumarole gases increased to maximum values ​​of 340 ° C. Diffuse outgassing along the southern edge of the crater has also increased. From a seismic point of view, from September 13 a significant increase in microseismicity was observed in the area of ​​the La Fossa crater. This low-energy seismicity, generally localized in the first kilometer of depth under the cone, is linked both to duct resonance phenomena and to fracturing processes in a hydrothermal environment, where weathered rocks have poor mechanical properties.
The current phase of increase was also characterized by the presence of seismic events (called VLP, Very Long Period events) with a lower frequency than that of microseisms. These seismic signals have never been recorded for 15 years; their presence is compatible with an increase in fluids which induces pressurization of the ducts and consequent resonance phenomena. As for the seismicity of fracturing (earthquakes) linked to the dynamics of the tectonic structures present in the Vulcain region, it did not show significant variations and remains at a very low level.

With regard to soil deformations, from mid-August GPS measurements showed a modest expansion of the area of ​​the Fossa cone. This process accelerated in mid-September, and is still ongoing, with maximum displacements of up to 1 cm (northward, on the north side of the cone). 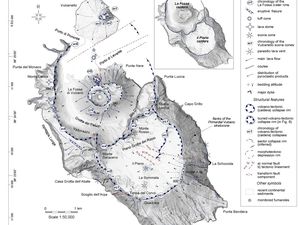 In Nyiragongo / DRC, Mirova records moderate thermal anomalies, between VRP 13 and 78 Mw, for the period from October 3 to 6 ... activity returns to the crater. A seismic swarm started on 09/27/2021 and is still in progress just south of Keilir, in the Reykjanes Peninsula, at the northern end of the dyke that intruded in February-March this year.