The lava flow slowed down or stopped at Great Sitkin.

Satellite data from Wednesday, November 17 shows that the extent of the dome and lava flows has not changed since November 10. Seismicity is slightly higher than background levels. High surface temperatures were detected through light cloud cover on most days this week. Vapor emissions have occasionally been observed in clear views from web cameras.

The erupting lava has passed the edge of the summit crater and empties into small valleys on the south, west and north sides of the volcano. The terrain is steep in these areas, and boulders of lava and lava rubble could break away from the terminus of the flow lobes without warning and form small rock avalanches in these valleys. Such avalanches can release ash and gas and could travel several hundred meters beyond lava flows; they would be dangerous for anyone in these areas.

The alert level is: Watch and the aviation code is: Orange. Following the intensification of gas emissions observed in recent weeks, the mayor of Lipari has declared a state of regional crisis and emergency for Vulcano.

The situation necessitates the search for alternative accommodation for around 250 people.

The regional Directorate of Civil Protection has asked to raise the level of the operational phase from yellow to orange and to strengthen gas monitoring. Since the last declaration, 39 earthquakes have been located in the southern part of the island of La Palma, close to the ongoing volcanic eruption. Three of these earthquakes were felt by the population.
The number of earthquakes has decreased compared to the previous two days and most of the seismicity is at depths greater than 30 km.
At 01:08 UTC today, an earthquake with a magnitude of 5.1 mbLg was recorded at a depth of 36 km and felt by the population with a maximum intensity of IV (EMS), it is the earthquake of greater magnitude since the start of the series.
The tremor signal continues at a low level with slight fluctuations over the last few hours.

The island's network of permanent GNSS stations shows an elevation of about 4 cm with a deformation to the south-southwest at station LP03, which is closest to the eruptive centers.
In the rest of the stations, the slight deflation possibly linked to the deep seismicity has stabilized.

From the image calibrated at 08:45 UTC, a column height of 3500 m is estimated, and an ash cloud in an east-southeast direction.
The height of the cone is measured by obtaining a value of 1.128 m. asl.

Pulses of phreatomagmatic activity were observed at 3:00 p.m. local time on November 19.

The main lava input during the last hours is mainly in the area between flows 4 and 7, and could affect lands not yet concerned. Activity is maintained at the various active centers; there is a possibility of new emission centers appearing around the main cone.

The current level of seismicity indicates the possibility of felt earthquakes with intensities between V and VI, and small ground collapses in sloping areas. 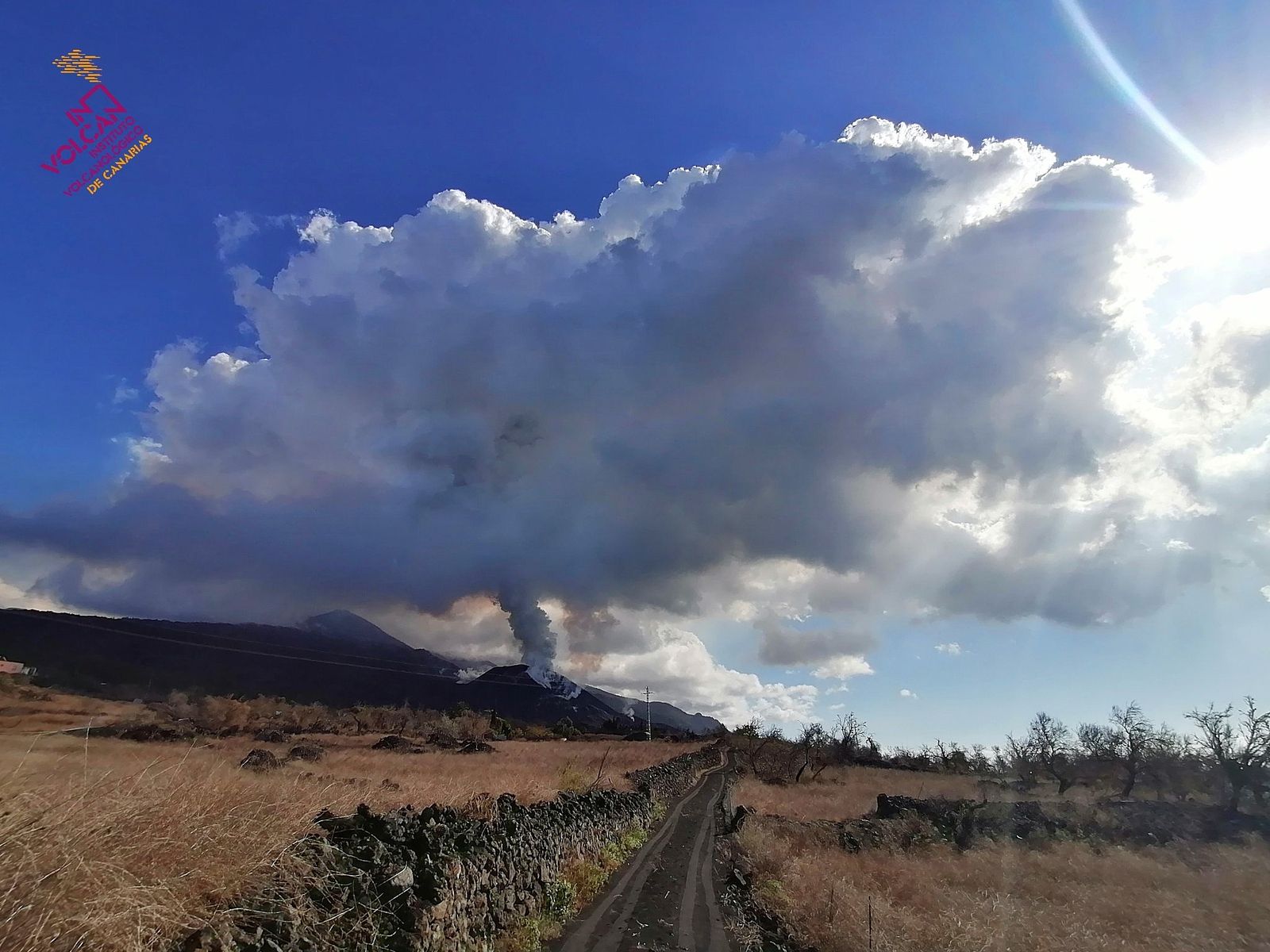 Investigations are underway to find the causes. Boiling lake remains a difficult and dangerous place to access. 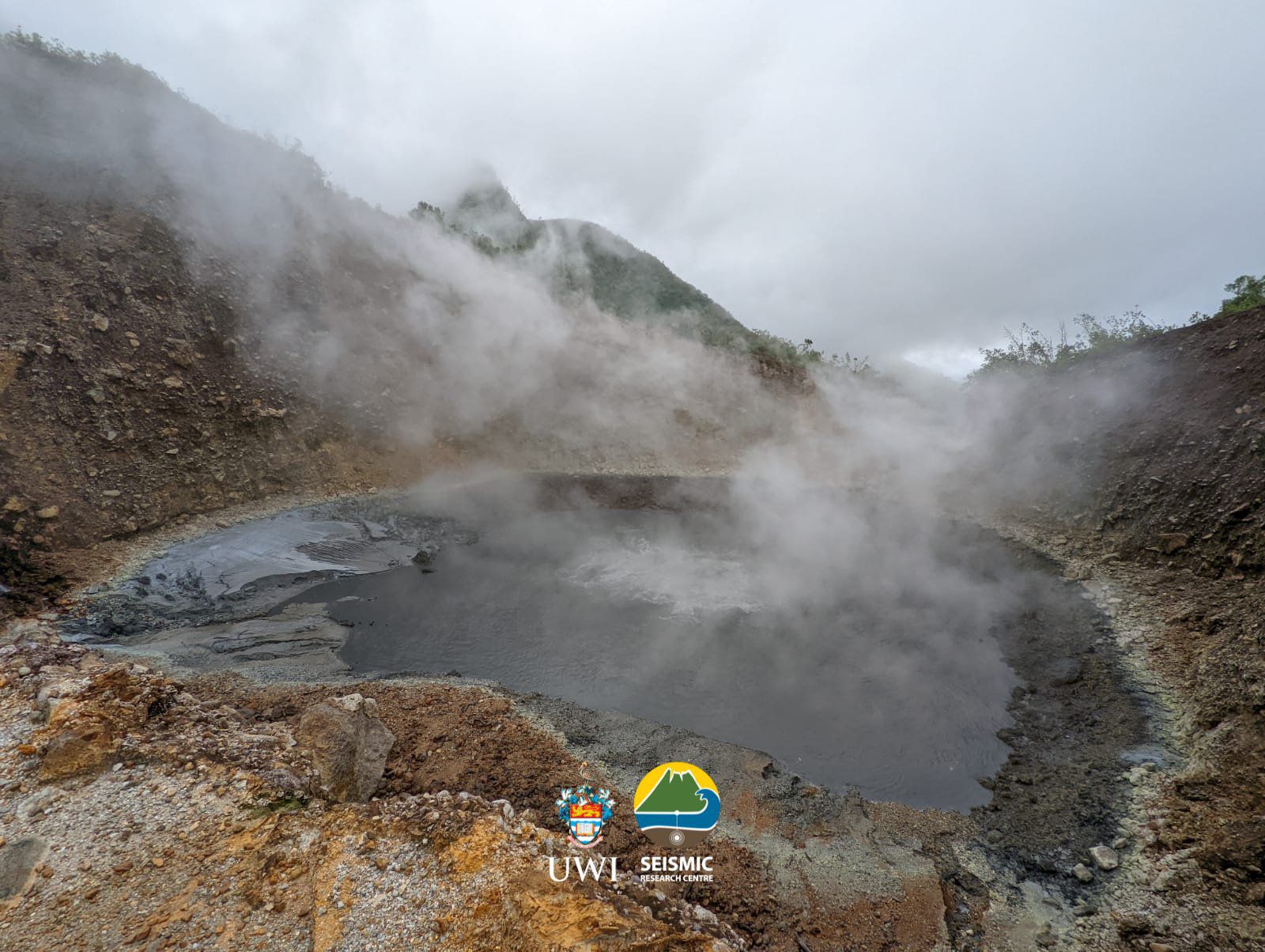