The morphology of the Cumbre Vieja cone is renewed through a process of growth-reconfiguration. During November 1, ash and gas emissions, and lava flow increased.

Thermal inversion and westerly winds are responsible for poor air quality; the weather conditions are unfavorable and can affect the airspace between La Palma, La Gomera and the west of Tenerife.

This ash has very high density values; above 200 micrograms per cubic meter, and has in fact forced the courses to be suspended in 5 municipalities of the island. 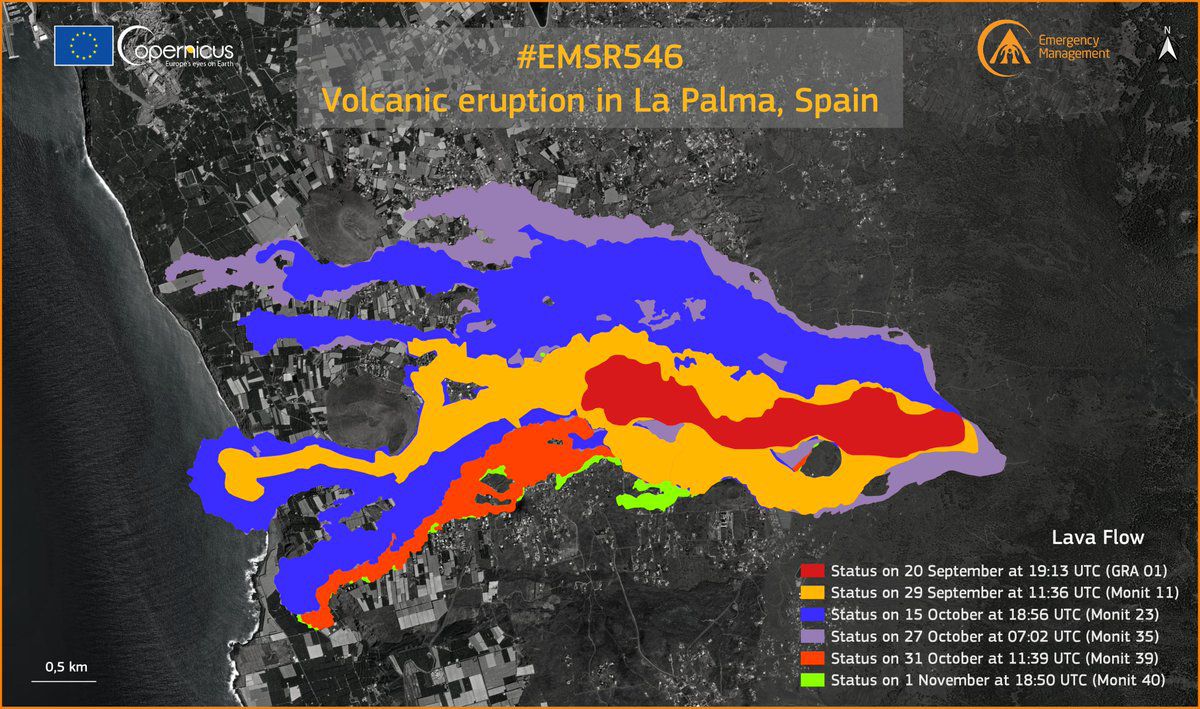 But the volcano also emits a lot of lava which quickly descends from the cone, sometimes collapsing with the fall of large pieces that roll in endless channels and volcanic tubes.

A new flow brings the lava 200 meters from the road used to reach Puerto Naos.

The affected area is 987.9 ha ha and the number of buildings affected is 2,613 units, according to Copernicus on 1 November. 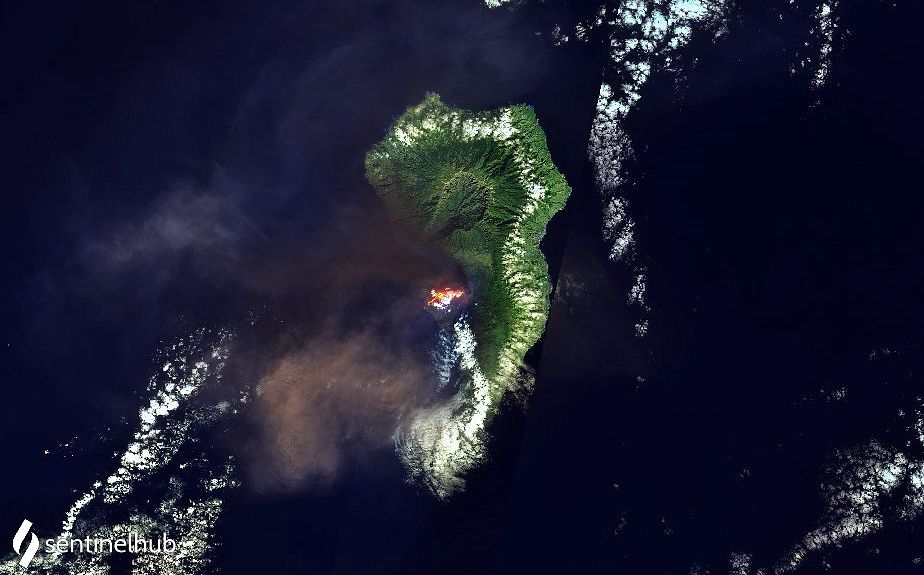 La Palma - 02.11.2021 - Filling of lava tunnel wells causing them to overflow, which covers a large area in the lower part of the cone. These overflows are feeding new lava tubes again, in areas where roofs previously collapsed - IGME video - CSIC Seismicity, with 152 earthquakes located in 24 hours, continues to be localized mainly at a depth of between 10 and 15 km; the strongest earthquake is Ml 4.6 at a depth of 36 km. The eruptive activity of Sabancaya was maintained, between October 25 and November 1, at moderate levels, with an average of 50 explosions per day, accompanied by pa, gas aches and ash at 3,000 meters above the sea. Mountain peak.

During this period, the I.G.P. detected and analyzed 1289 earthquakes of volcanic origin associated with the circulation of internal magmatic fluids. VT earthquakes, linked to rock fracturing, occur mainly north of the volcano, with magnitudes between 2.0 and 4.0. Nine thermal anomalies have been identified, max. 16 MW related to the presence of a surface lava body in the crater; No significant deformation is detected.

The volcanic alert remains in Naranja, with an inaccessible area of ​​12 km around the crater. Halema'uma'u lava lake at the top of Kīlauea 01.11.2021 / 14:36. The west vent continues to produce low-level lava fountains (seen here), which form a raised lava pond inside the splash cone. The pond then supplies lava to the lava lake through a small weir which is masked here by the plume of volcanic gas. USGS photos taken November 1, 2021, by N. Deligne / USGS. - one click to enlarge

The Kīlauea volcano is erupting. As of this morning of November 2, 2021, lava continues to emerge from a single vent in the western wall of Halema'uma'u crater. All lava activity is confined to the Halema'uma'u crater.
The western end of the lake showed a maximum altitude of about 796 meters above sea level by the HVO permanent laser range finder on November 2, 2021, about 1 m above the previous day, and an increase total of about 52 meters since lava emerged on September 29. The total erupting volume since the start of the eruption was estimated to be around 19.9 million cubic meters on October 15.