Activity of Stromboli and Cumbre Vieja. From ~ 07:00 UTC on November 25, 2021, a modest lava overflow is observed, on webcams, from the northern area of ​​the crater terrace of Stromboli; it remains for the moment confined to the summit area at an altitude of about 750 meters above sea level.

From a seismic point of view, the volcanic tremor remains at average levels with weak oscillations.
Regarding the deformations of the ground during the last hours, no significant change in the signals was evidenced. 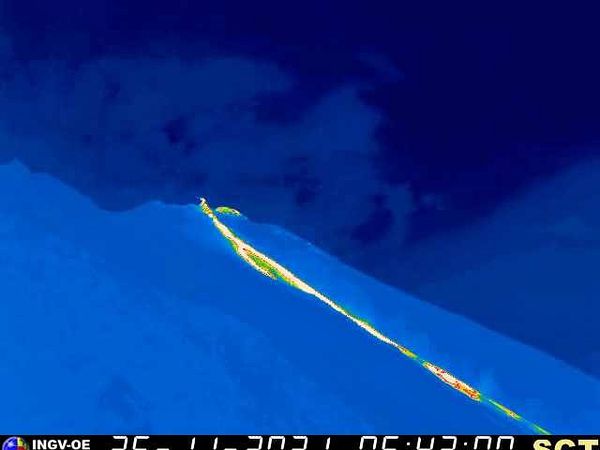 In the evening, the INGV reports that the lava overflow from the northern area of ​​the terrace of the Stromboli crater still seems to be fed. The front of the lava flow, which rises in the upper part of the Sciara del Fuoco, breaks and causes boulder rolls along the Sciara del Fuoco.

Finally, ordinary Strombolian activity persists both in the areas of the north and south-central crater; from the start of the overflow phenomenon there was a decrease in the intensity and frequency of the explosions compared to what
observed during the week.
The volcanic tremor did not show significant changes while maintaining the amplitude values ​​in the mean.
There are no significant changes in tilt and GPS signals. In La Palma, the intense eruptive activity continues: we observe a high lava fountain and again overflow today at 9:08 am at CumbreVieja

One of the volcano's mouths began to expel lava effusively, which may have increased the flow of lava flows and formed a new one in the southern area surrounding the Montaña Cogote, which until now had served as a stop towards the south; it passes at 12:15 pm through the cemetery of Las Manchas, which it swallows up, and destroys a photovoltaic station

La Palma - thermal and RGB flight on 25.11.2021 at 7:30 am; the flows move towards the Montaña de Todoque and regroup in its eastern zone, which receives a significant influx of lava - IGME video Around 5 p.m. local, INVOLCAN confirms the appearance of a new emission center south of the main cone. Lava moves at 600 meters per hour.

The technical director of the Special Plan for the Protection against the Volcanic Risk of the Canary Islands (Pevolca), Miguel Ángel Morcuende, claimed that the new flow emerged early this morning and is taking place in parallel with the tenth.

Scientists and technicians monitor this flow because "it is worrying" because it begins to penetrate in an area of ​​strong slope, and in fact its trajectory will be the subject of a meeting. At 8:15 p.m., InVolcan reported a powerful jet observed in the main mouth and a lava fountain in one of the lower vents.

During the night, the flow moved at high speed. The temperature measured in the lava is 1024 ° C.

An additional danger comes to be grafted with the rains on La Palma: the accumulation of ash and pyroclasts mixed with the water can generate the formation of mudslides with an enormous mechanical force (small lahars) in the areas of strong runoff. 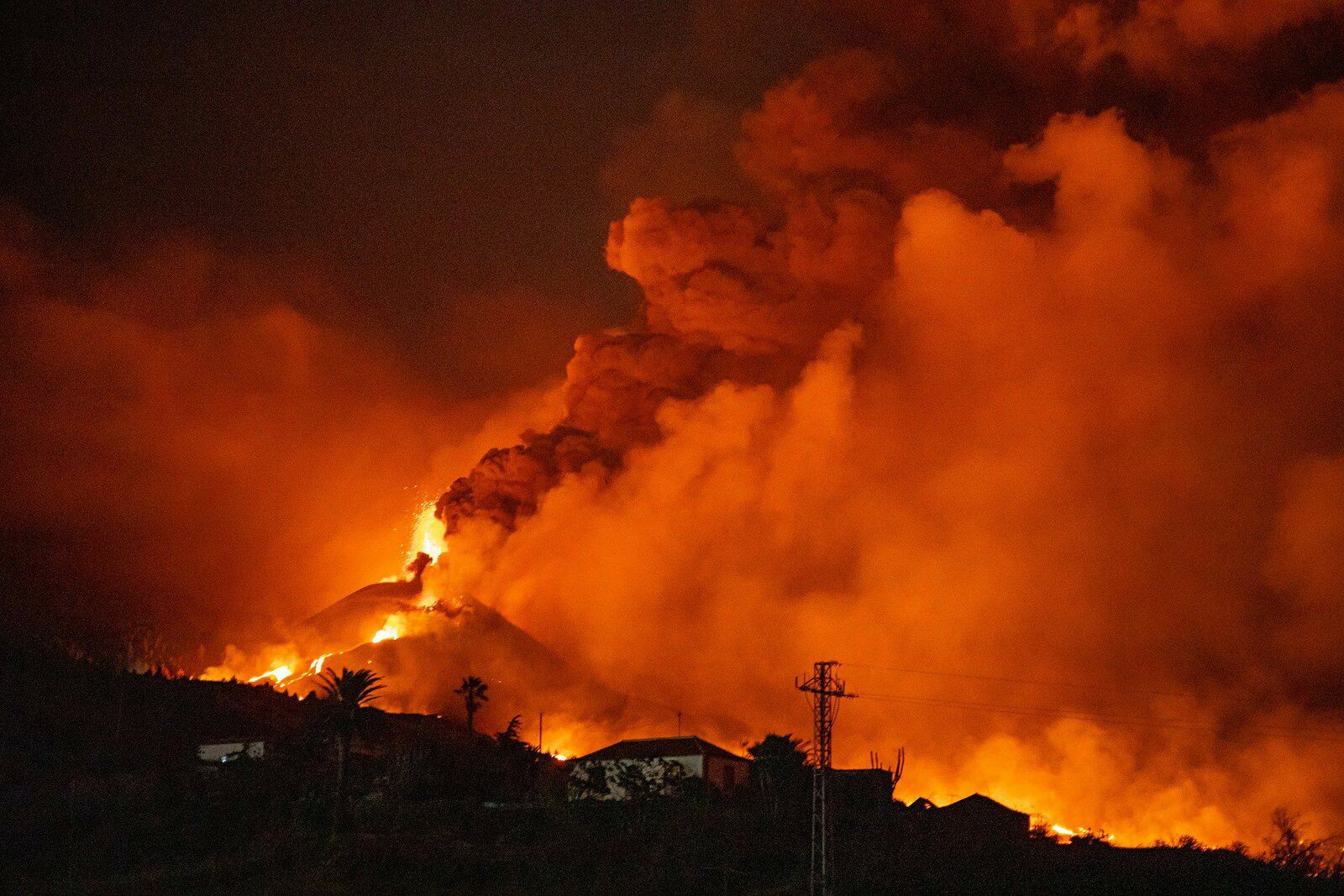