The Sabancaya maintained moderate eruptive activity between October 18 and 24, with an average of 34 explosions per day, accompanied by plumes of ash and gas reaching 3,500 m. above the summit.

During this period, 843 earthquakes associated with the circulation of internal magmatic fluids were detected. The VT earthquakes, in connection with the fracturing of rocks, concern the north of Sabancaya, with M 2.0-3.5.

No significant deformation. Seven thermal anomalies, of max. at 4MW were detected by satellite, in connection with a lava body on the surface of the crater. The aviation code remains orange, ash explosions up to 7-8 km (23,000-26,200 feet) altitude could occur at any time. Current activity could affect international and low-flying aircraft.

La Palma / Cumbre Vieja - Update on 31.10.2021 of the visual and thermographic images of the southern casting front closest to the sea - Doc. InVolcan - one click to enlarge

During the last 24 hours, a decrease in the number and magnitude of earthquakes has been recorded in La Palma and an increase in the lava emission rate has been observed from the emitting focus located on the northwest flank from the main eruptive cone of Cumbre Vieja ... This flow passes over the original flow and also through the flow that crosses zone 3, this morning overflowing some of the pre-existing volcanic tubes and channels. Regarding the flows, the Technical Director underlined that the casting zone 3, which was opened yesterday joining the casting zone 9, has moved towards the south, occupying a flat surface and does not in principle move towards the sea. . (PEVOLCA) 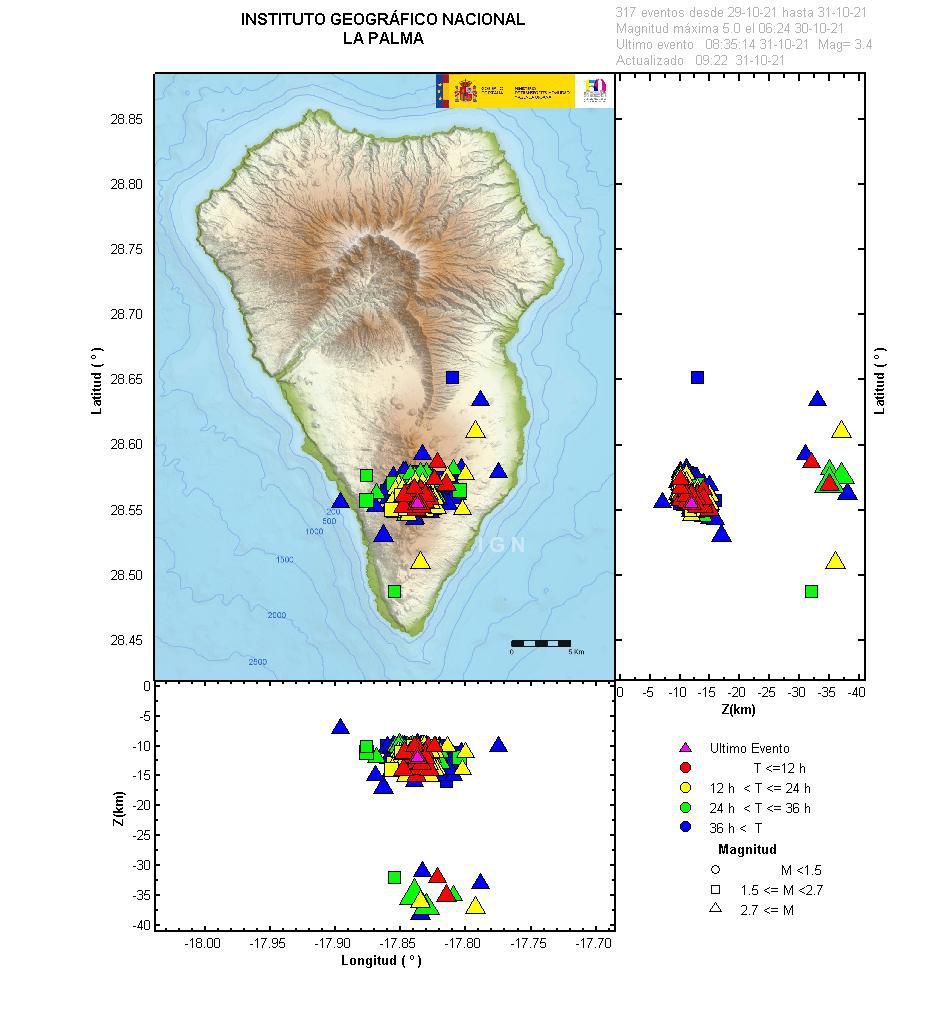 IGN Canarias pointed out about the seismicity that a decrease in number and magnitude was observed in the last 24 hours and that there was also no felt any seismic activity, concluding that the maximum magnitude was 3.5 mbLg. Soil deformation continues to show a stable pattern. It indicates that the ash plume reaches a height of 4,500 m. asl. A large amount of ash is affecting the northwest area of ​​La Palma, and the PEVOLCA Management recommends that as long as the prevailing southerly wind persists, the residents of Los Llanos de Aridane reduce outdoor activities, in addition to recommending to the population to exit the use of FFP2 masks and protective eyewear. 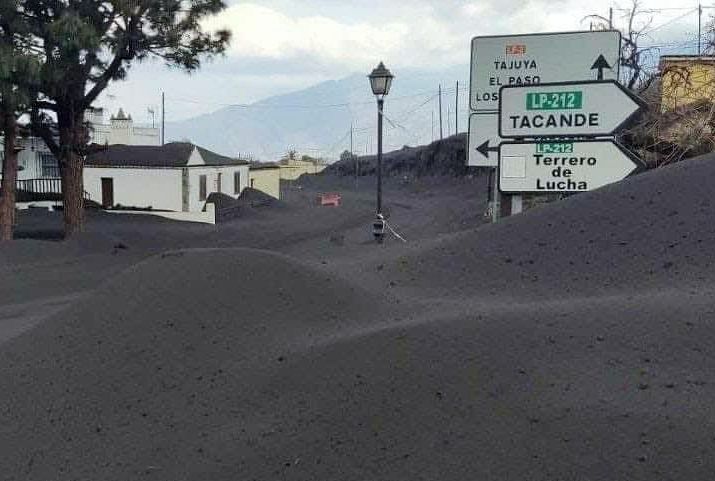 La Palma, drowned in the ashes of the eruption of Cumbre Vieja - photo Météo news 24 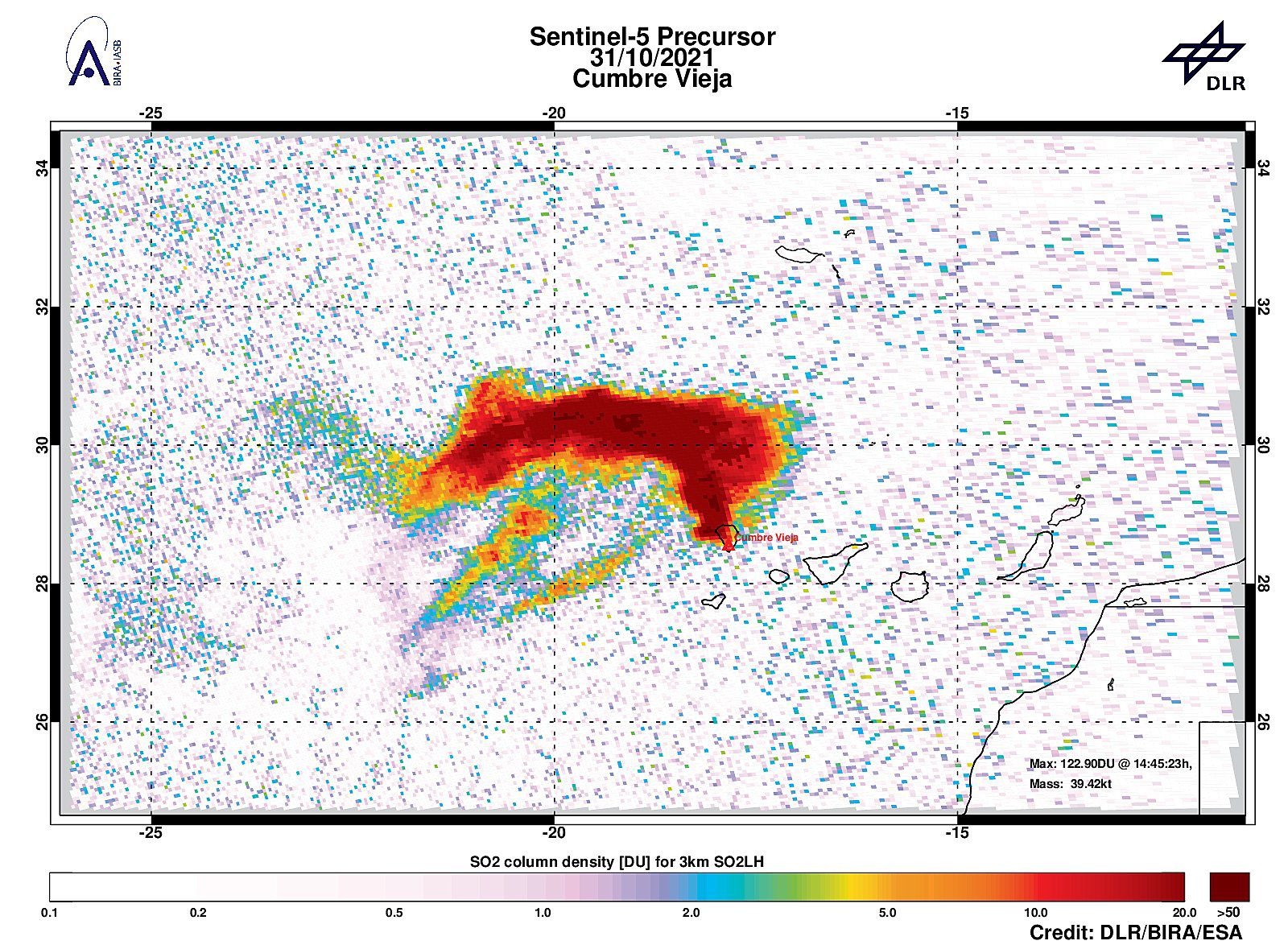 The INGV has installed a new thermal camera focused on the interior of the crater of La Fossa in Vulcano, in order to increase the control of the parameters, given their variability.

The Volcano remains under surveillance. 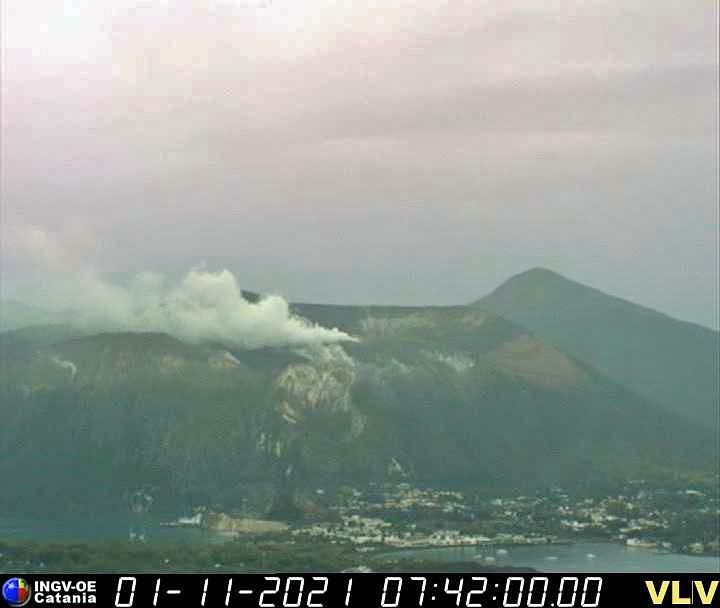