Le Phivolcs issued an explosion notice at Pinatubo this November 30 at 4 pm; it was recorded by the seismic and infrasonic networks between 12:09 p.m. and 12:13 p.m. Seismic and infrasonic signals are not typical of known volcanic processes and are currently being evaluated with other potential sources.

It produced a plume detected by the Himawari-8 satellite, and reported to DOST-PHIVOLCS by the Tokyo Volcanic Ash Advisory Center.

Based on visual reports of an eruption plume and seismic, infrasound and satellite detection, DOST-PHIVOLCS confirms at 6 p.m. that a phreatic eruption occurred at the Pinatubo crater between 12:09 p.m. and 12:13 p.m.

It was also confirmed that the event occurred after ammunition disposal activities by AFP, unrelated to the state of the volcano, on the northern flanks of Pinatubo carried out before noon today. hui.

So far, there have been no reports of ash fall from the communities of Zambales over which the plume from the eruption has dispersed. Considering that there has been very low seismic activity in the volcano over the past few days and a weak diffuse volcanic CO2 flux measured at Pinatubo Crater Lake, and high infrasound on the seismic energy released by the eruption, l he event was probably caused by shallow hydrothermal processes beneath the building.
DOST-PHIVOLCS is warning the public to refrain from venturing into the vicinity of the Pinatubo volcano at this time. 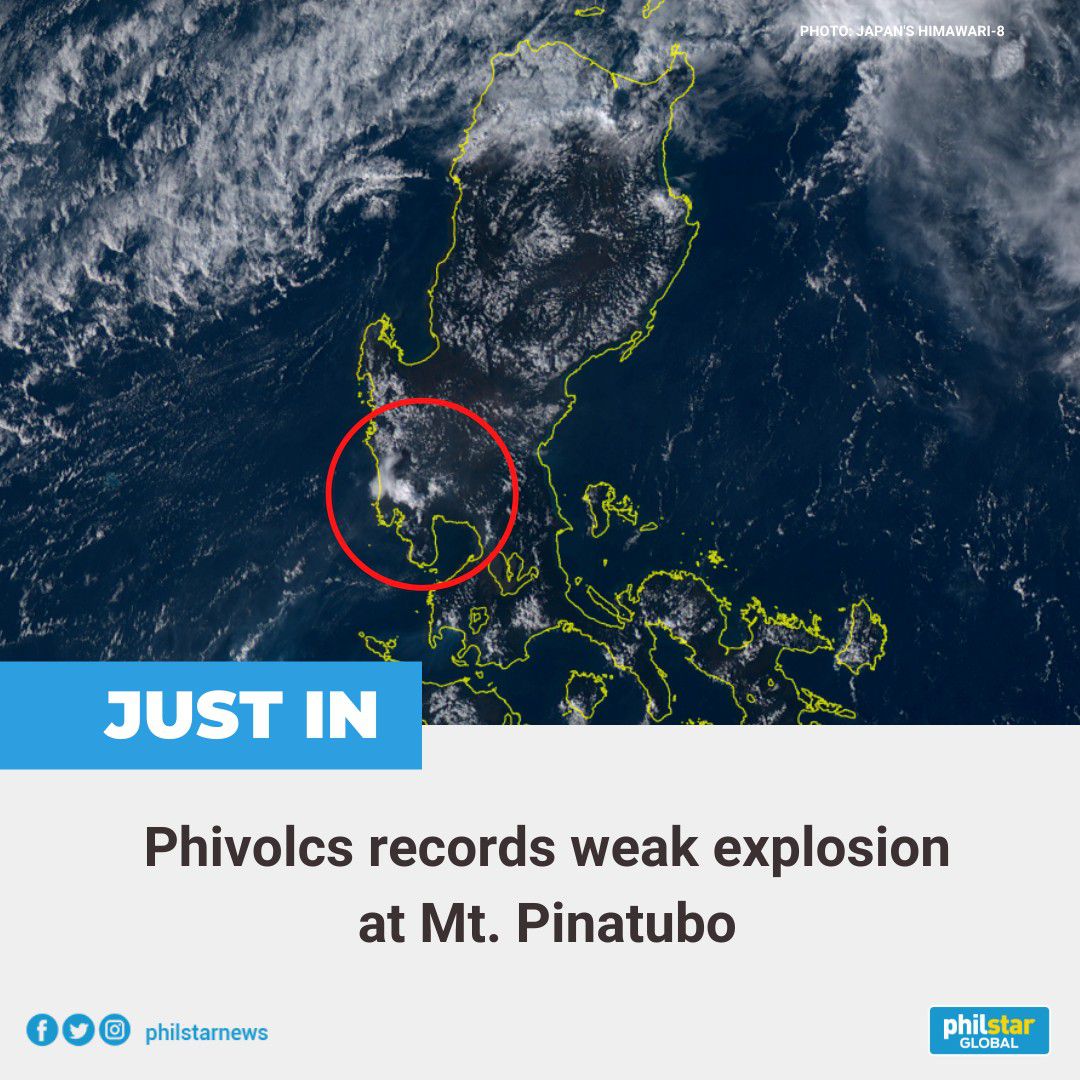 The eruptive activity of Cumbre Vieja continues on La Palma.

During the last 24 hours to November 30 at 9 a.m., a total of 259 earthquakes were located in the area affected by the volcanic reactivation on the island of La Palma, 14 of which were felt by the population.
Seismicity continues below the central area of ​​Cumbre Vieja in the same areas of the previous days, 246 of these earthquakes are located at depths of 10-15 km and the rest (13) at depths of 20 km.
The maximum recorded magnitude is 4.1 (mbLg) corresponding to today's earthquake at 6:42 UTC, with a depth of 38 km.

At the end of the day, the number of earthquakes rose to 374. 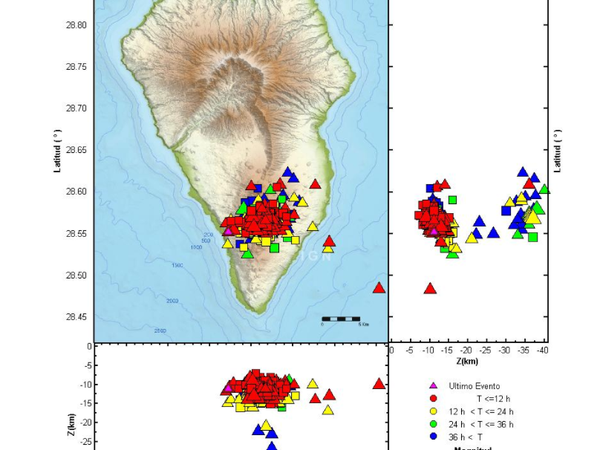 The amplitude of the tremor signal is kept low with boost pulses.

The island's network of permanent GNSS stations does not show a clear trend in the deformation of the stations closest to the eruptive centers. In the rest of the stations, the slight deflation possibly linked to the deep seismicity has stabilized, except in LP01 which continues to record it.

In view of the image calibrated at 08:45 UTC, a column height of 2,600 m is estimated, and a cloud diffusing in a south-southwest direction.

The height of the cone is measured by obtaining a value of 1.125 m. asl.

The report issued by PEVOLCA this December 1 at 8 a.m. indicates that the eruptive process continues to show episodes of increase and decrease in strombolian activity, combining explosive phases with pyroclastic deposits with effusive phases, with emission of flows. of lava.

All of the broadcast centers have been inactive at some point and have been very active on and off since. At the end of the morning, a partial collapse of the secondary cone occurred, after an accumulation of material.

The lava flows mainly over the existing flows and the seismicity at intermediate depths maintains the increase of the last days. On the other hand, the air quality in general is good and the winds will disperse the ash and the gases towards the southwest, tending towards the south and the southeast since yesterday afternoon, a situation favorable to aeronautical operations. The affected area is estimated at 1,134 hectares, with a maximum width of 3,350 meters and, according to the latest cadastre data, some 1,548 buildings. In Sabancaya, eruptive activity remained at moderate levels between November 22 and 28, 2021, with an average of 73 explosions per day, and plumes of ash and gas up to 2,000 meters above the summit of the volcano. .

During this period, I.G. Peru detected 660 earthquakes of volcanic origin associated with the circulation of internal magmatic fluids; VT earthquakes had Ms between 1.9 and 3.7.

No significant deformation anomalies, and 2 thermal anomalies, with a max. of VRP 16 MW.

The volcanic alert level remains at Naranja, with an inaccessible area of ​​12 km in radius. Kīlauea volcano erupts from a single vent in the western wall of Halema'uma'u crater.
Lava continues to emerge from a single vent that contains a small pond of lava splashing into its cone, while pouring lava into the active perched pond on the surface of the encrusted lake.

The western end of the lake showed a maximum elevation of around 809 meters above sea level by the HVO permanent laser range finder this morning, and a total increase of over 65 meters since lava emerged on the September 29, 2021. Webcams show splash and accumulated lava in the West Vent, an area of ​​active lava on the surface of the lava lake, and sporadic lava seeps along the lake's cooler outer margins. The total volume of the eruption since the start of the eruption was estimated to be around 30 million cubic meters on November 16, 2021.
Sulfur dioxide emission rates remain high, with an emission rate for 23 November 2021 of around 6,400 tonnes per day. The average SO2 emission rate for the past few weeks is around 3,000 tonnes per day. Summit tiltmeters have generally recorded net deflation over the past day. Seismicity remains stable. The seismic activity remains below the background noise and the volcanic tremor has remained high since the start of the eruption.