The bad weather conditions on the Piton de La Fournaise made it difficult to observe the eruption. Thus, no information relating to on-site activity can be given this morning.

Over the last 24 hours the amplitude of the eruptive tremor (indicator of an emission of lava on the surface) still shows fluctuations. The average amplitude of the tremor is this morning at about 50% of its initial amplitude.

However, the latest observation, made yesterday at 4:40 p.m. local time, shows
- a low activity of lava fountains, with fountains only rarely exceeding the height of the cone;
- lava flow activity mainly in a tunnel downstream of the cone;
- the small mouth located at the foot of the cone on the downstream side (and coming from the opening in the lava tunnel) still showed degassing but much weaker than the day before.

Over the last 24 hours: A single volcano-tectonic earthquake under the summit has been recorded. Surface deformations no longer show significant deformation. Video images now show an eruptive plume in cypress, of the Surtseyen type, with base surges. 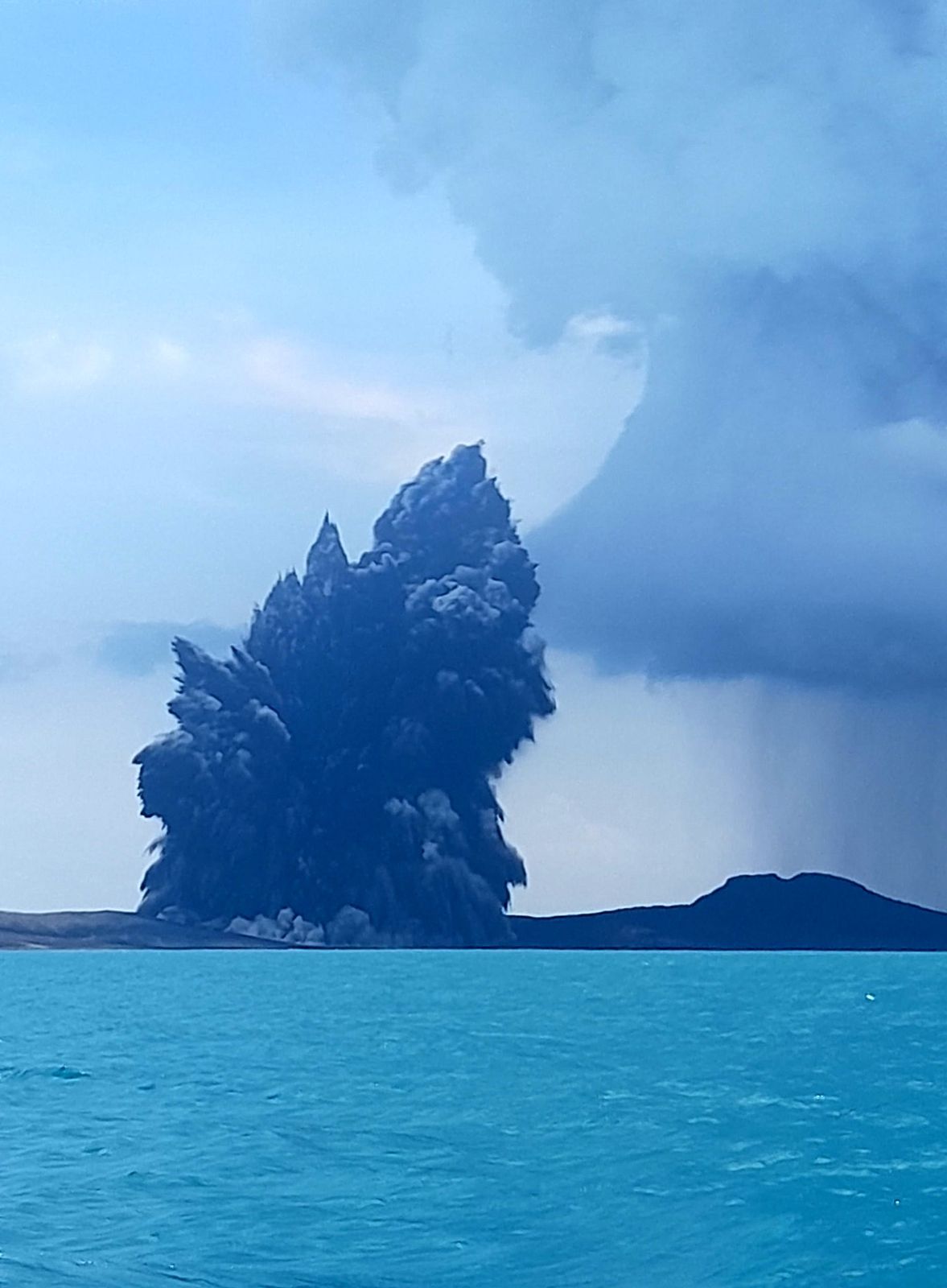 On the night of December 28, 2021, powerful lightning was observed from the column of clouds emitted by the volcano.
On December 29, between 12:30 a.m. and 5:30 a.m., volcanic ash mixed with clouds of mainly vapor and gas from the eruption were detected from 1 to 7 km above sea level. A dispersion advisory of ash at an altitude of 7,600 m was emitted by WAAC Wellington.

The volcanic plume, composed of clouds of vapor and gas, continues to form and generally drifts north from the active zone, at an altitude of 1 to 7 km above sea level.

Flights from New Zealand have been canceled. Hunga Tonga - Hunga Ha'apai - plume of steam and discoloration of the waters testify of the current activity - Sentinel-2 bands 4,3,1 di 28.12.2021 - one click to enlarge

The earthquake swarm that occurred near the Davidof volcano, in the Aleutians, from the beginning of December calmed down.

Aviation Color Code and Alert Level are reduced to UNASSIGNED / UNASSIGNED. The AVO only assigns a color code and alert level values ​​to volcanoes that are sufficiently instrumented to allow us to understand the background state of the activity. The nearest seismometers to Davidof are found about 15 km east of the volcano on Little Sitkin Island, and are insufficient for us to assign specific alert levels.