After registration on December 1 from 4 p.m. loc. by the SAGA seismic station located SW of the Sangay volcano of a swarm of earthquakes of very similar shape and characteristics, and increasing from 32 events per hour to 60 events per hour around midnight, the IGEPN reports at 04:03 loc. on December 2 a major explosion.

Therefore, there is a possibility of ash fall in the areas west and southwest of the volcano, in the province of Chimborazo. It is recommended to take the relevant measures and receive the information from official sources. Thermal anomalies are reported by the FIRMS and Mirova stellites. This December 3 at 3.20 am, an anomaly of VRP 424 MW was reported. Thermal anomalies have been observed at Nyiragongo since November 25.

Mirova reports them between VRP 3 and 230 MW, depending on the activity and the cloud cover disturbing the measurements.

Photos of Charles Balagizi of the GVO attest to the presence of lava. The activity of Cumbre Vieja declined on December 2 between an activity of the vent of the NE flank, with periods of rest, followed by resumption of strombolian activity and a period of phreatomagmatic activity (supposed) of the principal cone producing a very dense ash cloud. For a few minutes from 3:00 p.m. on December 2, a decrease in pyroclast emission is observed in the secondary cone of the Cumbre Vieja eruption, coinciding with a tremor drop (the first peak of RSAM drop was a cut data at 8:30).

Then the activity is returned to Strombolian type around 6 p.m. local, with a strong emission of pyroclasts which make the secondary cone grow. 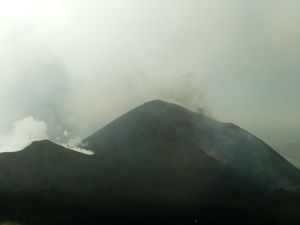 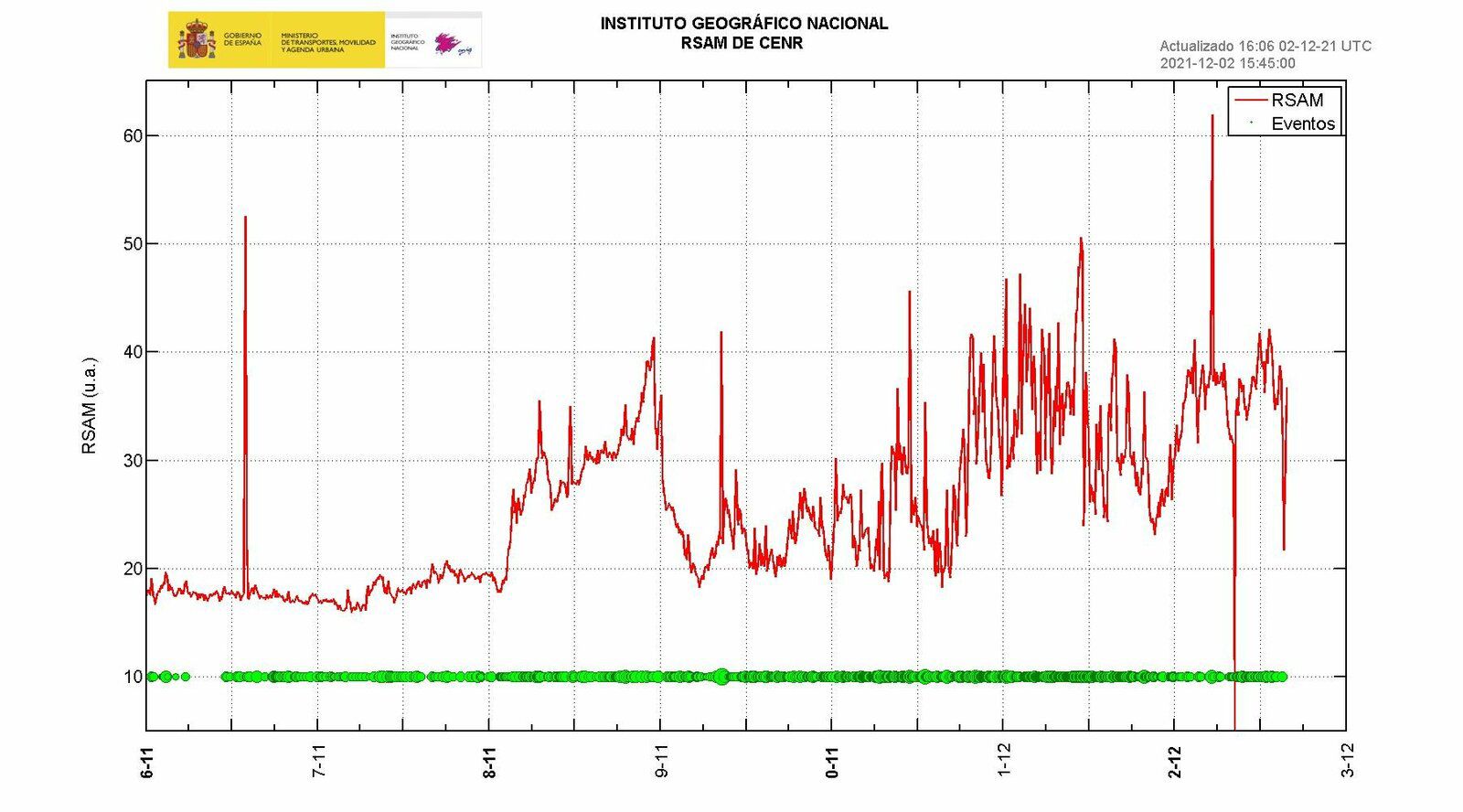 The main lava flow passes through the central area of ​​previous flows, over an already affected area, without causing additional damage. Air quality remains at good levels and the airport is operational. Regarding seismicity, an increase occurs at intermediate depths, localizing in the same areas. 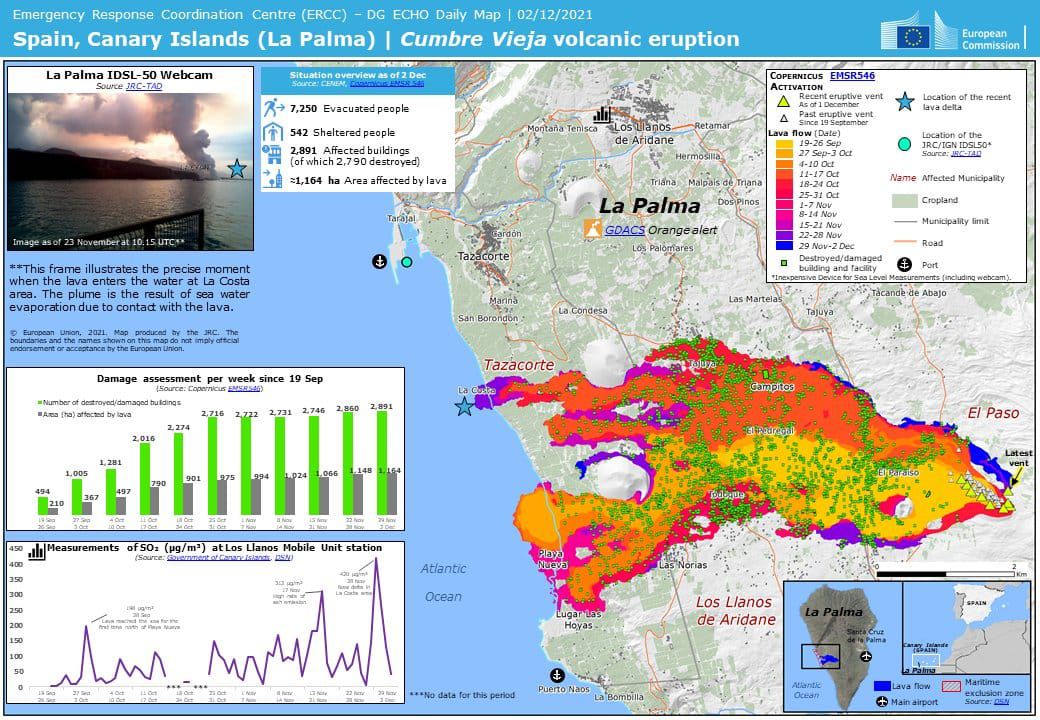 The current flooding of the jökulhlaup could be followed by a volcanic eruption of the Grimstvötn, and authorities must be prepared, says geophysics professor Magnús Tumi Guðmundsson. Grímsvötn is Iceland's most active volcano and its last eruption dates back to 2011 and 2004.

The volcano's current inflation is greater than it was for the 2011 eruption, so the plumbing system is likely stuffed with magma, according to Dave MacGarvie.

With the flow of water, and the collapse, this could be enough to lighten the load at the top of the magma chamber for an eruption to erupt, as last happened in 2004.

To watch this weekend.