Clear deformation marks are visible on the latest InSAR satellite images of the Reykjanes Peninsula, covering the period 20-26. December. The deformation that is taking place now is very similar to the deformation that was observed in late February when magma formation was forming under the Fagradalsfjall area. These results are consistent with GPS measurements showing deformation in the same area.

Volcanic eruptions could start in the short term
The civil defense and the police chief of Suðurnes have decided to activate the SMS messages that will be sent to people entering a predefined area due to the earthquakes that have resumed at Fagradalsfjall in Reykjanes.
In the event of an eruption, the SMS will be transformed into a direct warning to people in the area in question. Reykjanes Peninsula - interferogram between 20 and 26.12.2021 / surface deformation over the period - Image processing Michelle Parks. via IMO 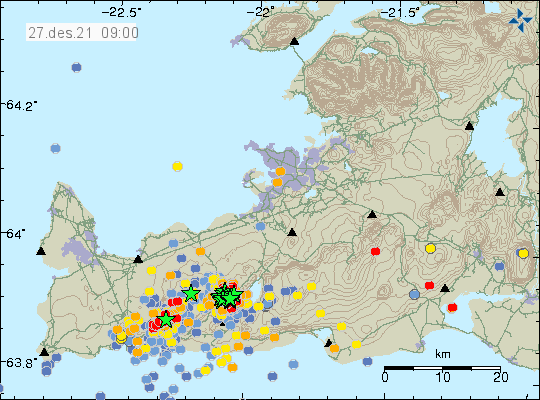 The mean depth of hypocenters is stable, with the majority of hypocenters located between 4 km and 6 km below the surface.
No volcanic tremor pulse has been detected today so far.
As stated earlier, it should be considered most likely that if an eruption occurs it will likely be in or very near the areas where the Geldingadalir eruption has occurred, but it cannot be excluded that the magma could cross the surface somewhere in the area between Nátthagi and Keilir.

At Piton de La Fournaise, over the last 24 hours, the amplitude of the eruptive tremor (indicator of a surface lava emission) shows fluctuations.

These fluctuations can be linked either to:

- the cone under construction which undergoes construction and dismantling phases, thus influencing the speed of the lava flows at the level of the vent;

- or to punctual releases of pockets of gas trapped in the supply ducts which can be released suddenly leading to an increase in the tremor.

The amplitude of the tremor is (on average over the last half-day) about 30% of its initial amplitude. 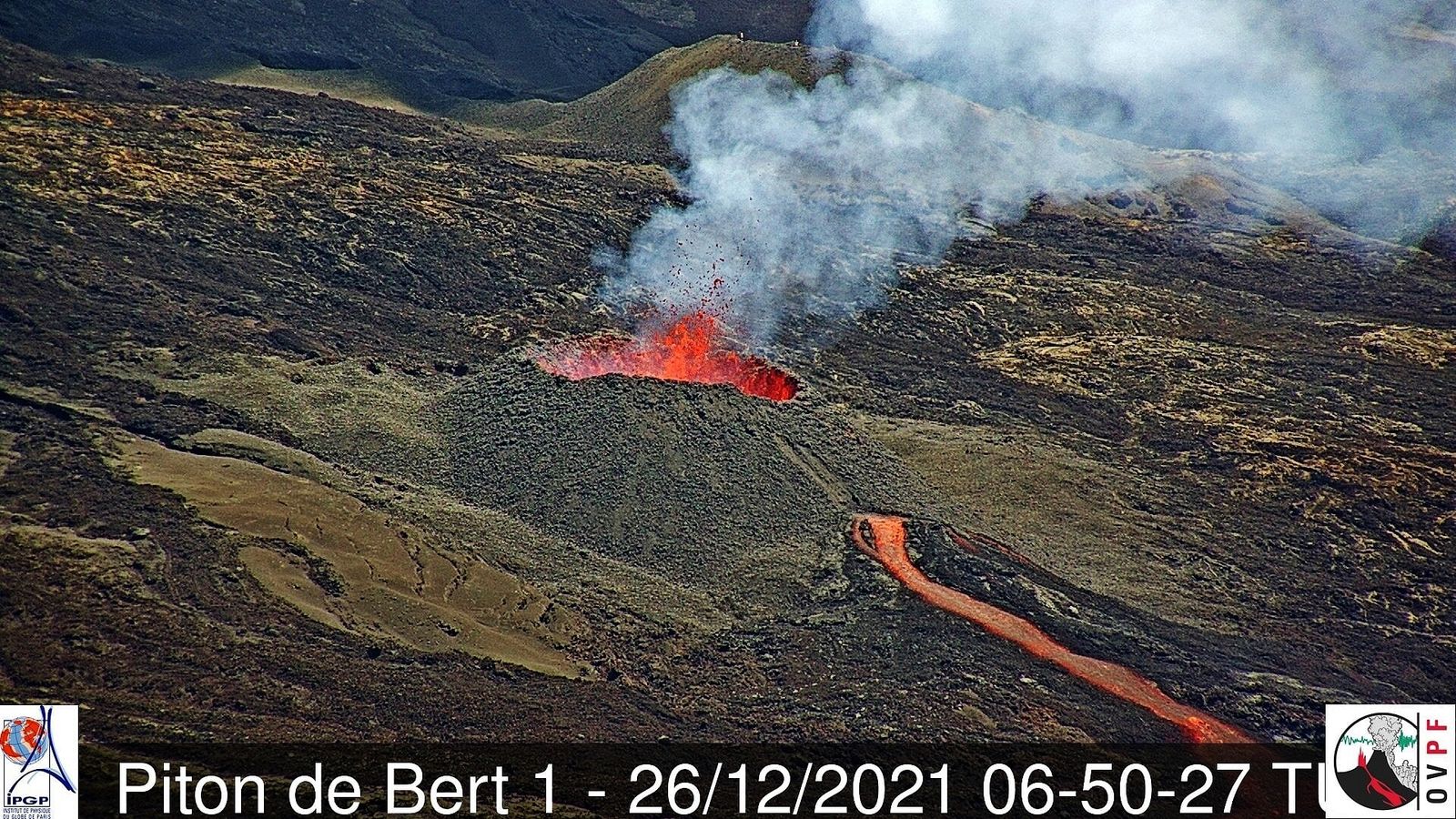 - A single volcano-tectonic earthquake under the summit was recorded.

- The lava flow estimates, established by satellite method with the HOTVOLC platform (OPGC - Clermont Auvergne University), are between 3 and 12 m³ / sec. These variations are explained by the method, which is based on the infrared radiation of the flow, the perception of which by satellites can be largely influenced by the weather conditions above the flows.

- The front of the flow, in graton, currently on a relatively flat area, moves only very slowly. The flow front advanced less than 100 meters between December 24 and 26. On December 25 at around 10:15 a.m., an eruption occurred in the active crater of the Rincón de la Vieja volcano, in Costa Rica.

This event generated the outflow of hot and acidic water from the lake and, along with the heavy rains, lahars formed. These affected the Pénjamo, Azul and Niño de Upala rivers.

Neighbors report dead fish and a milky color from the tributaries.