The images of the CCTV system and the observations made by INGV staff present in the summit area of ​​Etna show that the lava flow produced by the vent which opened at an altitude of 2180 m in the Valley del Bove is no longer powered and cools down overall. The southeast crater continues to produce weak intracrateric Strombolian activity, as already described.
From a seismic point of view, the decrease in the mean amplitude of the volcanic tremor continued. It has now reached the low value range. The source of the volcanic tremor
it is located in correspondence with the summit craters at an altitude of about 2500 m above sea level. The rate of occurrence of infrasonic events is low with sources mainly located in the area of ​​the Bocca Nuova crater. Analysis of data from soil deformation monitoring networks (clinometric and GPS) has not revealed any significant anomalies since the last update announcement. 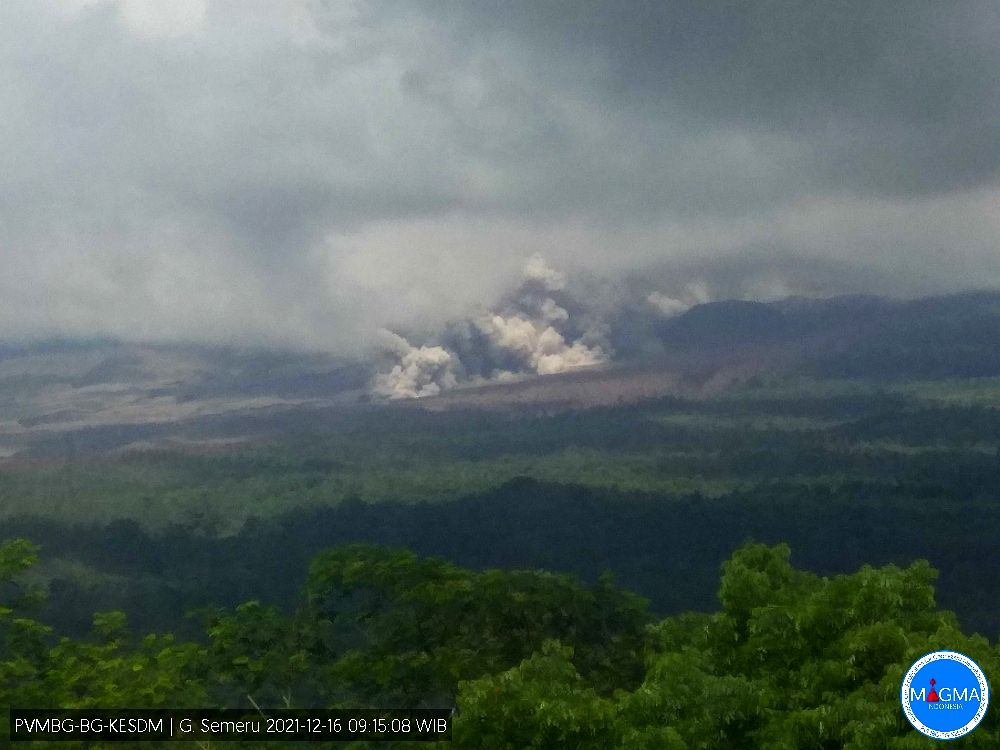 Explosions are daily in Suwanosejima.

This December 16, the JMA reports an explosion, accompanied by a white plume at 400 m. above Mitake crater, drifting west.

For about 48 hours, the Cumbre Vieja volcano has hardly produced much activity. The signs of exhaustion of the eruptive process remained, although a new rebound in Strombolian activity and the emission of runoff could not be excluded. To end the eruption, recorded and observable data must be maintained at current levels for 10 days.

An INVOLCAN team was able to access for the first time the active mouths of the eruption to carry out the geochemistry of the gases this December 15 at 1:00 p.m. Canary Island time and to photograph the interior of the crater and its fumaroles; the tremor remains close to zero, at the pre-eruptive level. The volcano is degassing, but it no longer emits ash or lava flows. The whitish fumaroles have their origin in the high temperature of the previous lavas which traverse the interior of the volcanic tubes.

The maximum width of the streams is estimated at 3,350 meters and the lava deltas maintain an area of ​​approximately 48.02 hectares.