At Piton de La Fournaise, since the morning of January 8, a slight decrease in the amplitude of the tremor has been observed, even if its amplitude has been generally stable over the last 24 hours.

Fluctuations in the amplitude of the tremor may occur; they are partly linked to the level of the lava lake which varies depending on the degassing mode, and the sporadic openings of the tunnels which allow emptying of the cone. 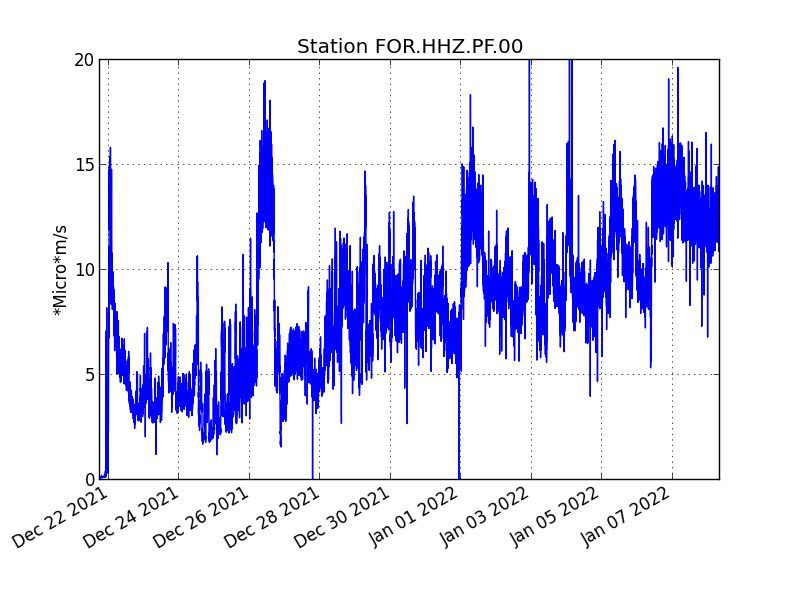 Observations on site show that the overflow of the lava lake that started on 01/06/2021 in the afternoon ceased by the end of the morning on 01/07/2021. The flow resulting from this overflow continues to freeze. Lava projections at the level of the cone are always present and occasionally exceed the height of the cone. Numerous resurgences of lava flows are still visible at the roof of the lava tunnel downstream of the cone.

A new overflow of the lava lake at the level of the eruptive cone occurred at the end of the afternoon - 12:45 UT - visible thanks to a clearing. 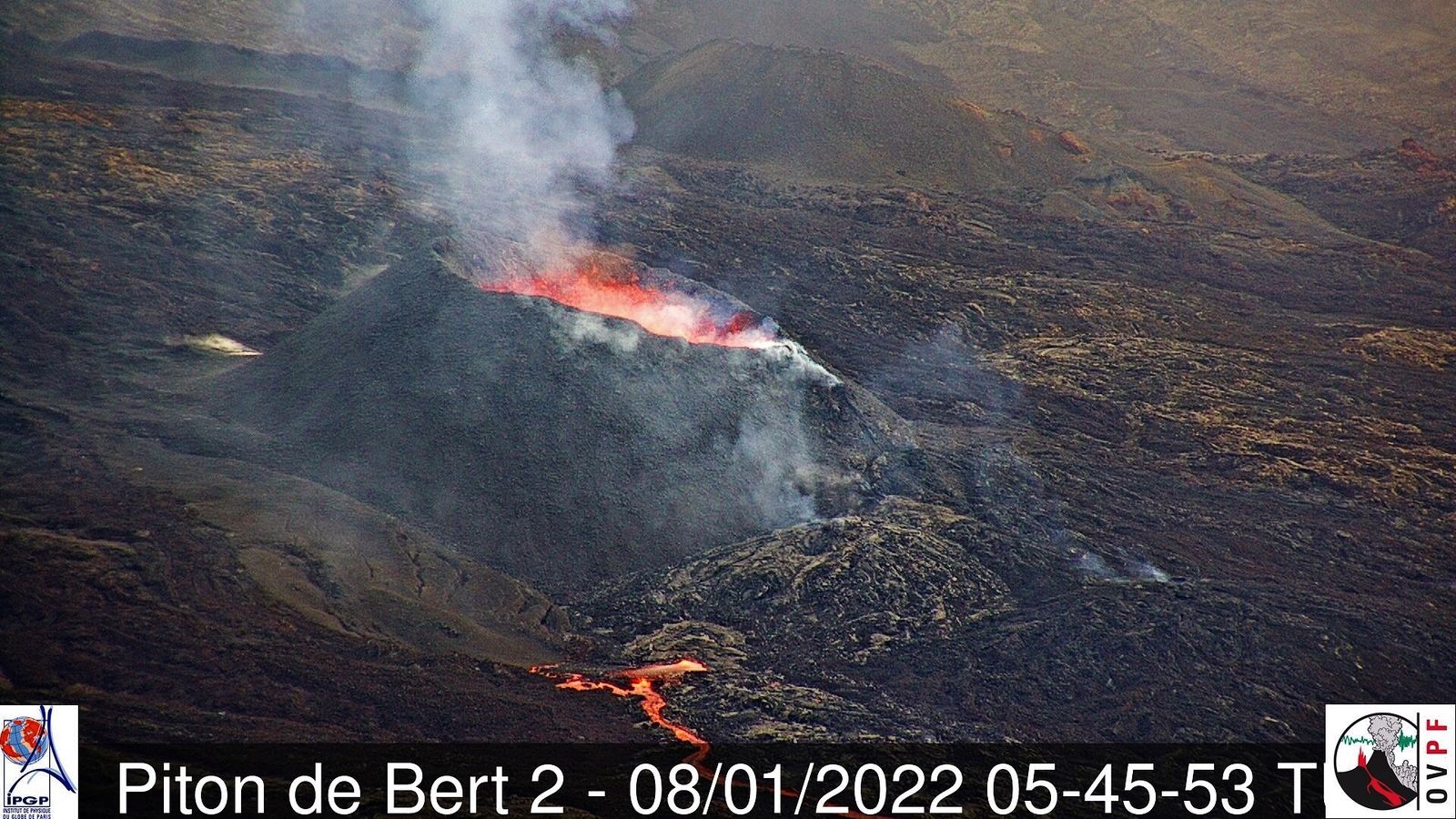 The satellite data of InSAR (Radar interferometry) coherence dated 07.01.2021 confirms the field observations made from the summit earlier this week by an OVPF-IPGP team; namely that the casting front has not changed for 12 days.

It was still: 400 m from the southern rampart, 7.6 km from the national road 2, and 8.6 km from the ocean. Given the low flows and the relief, with slightly inclined slopes in the area, the lava field continues to extend mainly laterally and by thickening at the level of the network of lava tunnels set up on the plateau downstream of the cone. eruptive. - Four low magnitude (<0.5) volcano-tectonic earthquakes were recorded under the summit.

- The surface deformations still show a very slight deflation at the level of the summit area, linked to the emptying of the magma reservoir located under the summit (at about 2-2.5 km deep) feeding the eruptive site.

- Lava flows could be estimated by satellite method with the HOTVOLC platform (OPGC - Clermont Auvergne University). They were between 2 and 17 m³ / sec. These variations are explained by the method, which relies on the infrared radiation of the flow, the perception of which by satellites can be largely influenced by the weather conditions above the flows as well as the surface conditions of the flows. The particularly bad weather conditions on the eruptive site over the past 24 hours have only allowed the acquisition of eight measurements (the acquisitions being made every 15 minutes). In the Galapagos, the eruption of the Wolf volcano continues.

The Washington VAAC reported four emissions, mostly gas, with average heights of 1,300 meters and a westerly direction on January 8, 2022.

On satellite images, it was possible to observe gas emission columns and thermal anomalies associated with lava flows.

The seismicity is characterized by 40 explosion earthquakes, and 9 emission tremor episodes between 07.01 and 08.01 at 11 a.m. Rincon de La Vieja - superimposition of the images at 6:33 p.m. and another take the following morning, in order to locate the position of the hot materials emitted - Doc. Ovsicori

On January 05, 2022 at 6:33 p.m. local time, an eruption was recorded in the Rincón de la Vieja volcano, the height reached by the eruptive plume is unknown due to the visibility conditions of the site.
Duration of the activity: 2 minutes.

After the main event, major lahars rolled down the Penjamo, Azufrado and possibly Azul rios. In addition, it appears that other small eruptions have occurred, harmlessly, due to the much lower amplitude. The most important seem to have occurred at 9:08 p.m. and 9:20 p.m., they will be confirmed by a seismologist in the coming days, but there are reports of noises coming from the neighbors of the volcano. Areas of vegetation degraded by gas are regrowing, while others have been detected.

The shallow sea degassing zone is still under investigation.

The level of volcanic vigilance has been yellow since December 4, 2020