The eruption that began on 12.22.2021 at around 3:30 a.m. local time at Piton de La Fournaise continues. Over the last 24 hours the amplitude of the eruptive tremor (indicator of an emission of lava on the surface) still shows fluctuations.

The average amplitude of the tremor is (over the last few hours) about 50% of its initial amplitude.

The latest observations still show lava fountain activity within the cone that has built up since the start of the eruption. The videos from the webcams of the OVPF-IPGP-IRT last night, as well as the observations made today from the Piton de Bert, show activity with lava fountains which occasionally exceed the height of the cone. Numerous resurgences of lava flows are still visible at the roof of the lava tunnel that has developed downstream from the cone. These resurgences are sporadic and can last from a few minutes to a few hours. 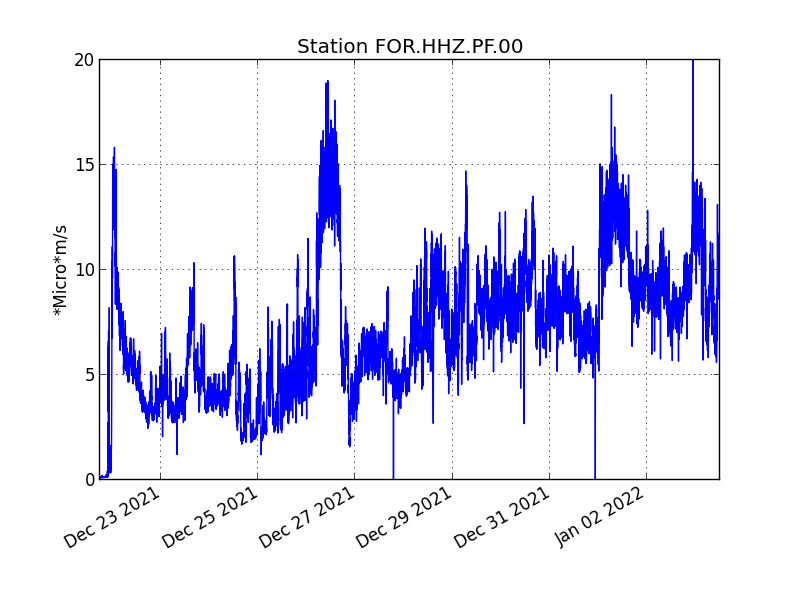 - No volcano-tectonic earthquake was recorded.

- Surface deformations no longer show significant signals. - The CO2 concentrations in the soil in the Gîte du volcan sector have been increasing for several days. This parameter will be monitored over the next few days because it may be linked to the arrival of new magma, coming from deeper areas, at the level of the surface reservoir.

- Lava flows could be estimated by satellite method with the HOTVOLC platform (OPGC - Clermont Auvergne University). They were between 2 and 10 m3 / sec. These variations are explained by the method, which relies on the infrared radiation of the flow, the perception of which by satellites can be largely influenced by the weather conditions above the flows as well as the surface conditions of the flows.

No assessment of the position of the flow front could be made. On the morning of January 3, 2022, the Sangay volcano was cleared, a continuous emission of gas and ash could be observed at 1000 meters above the crater in a south-easterly direction.

The VAAC issued 5 reports of ash emission from 1,170 meters above the summit in a south, southwest, southeast direction.

The seismicity between January 2 and 3 at 11 a.m. is characterized by 192 explosion earthquakes, 55 LP earthquakes and 19 emission tremor epiosids. IGEPN considers surface and internal activity to be high, with an increasing trend.

The alert level is amarilla. 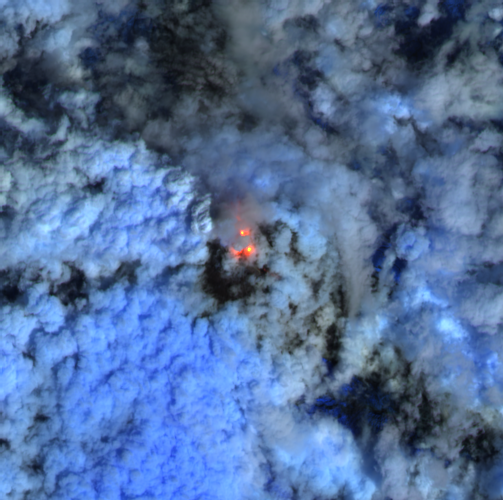 IGEPN informs that through the Volcanic Observers Network (ROVE) and IGEPN cameras recorded today, Monday January 3, 2022, a process of resuspension of ash on the northwest flank of the Tungurahua volcano. This process is recorded from around 12:00 TL and is due to the strong winds in the area and the dry climate.

There is no change in the internal activity of the Tungurahua volcano.
The Geophysical Institute of the National Polytechnic School is monitoring the activity of the volcano and will report on any changes that may be recorded. 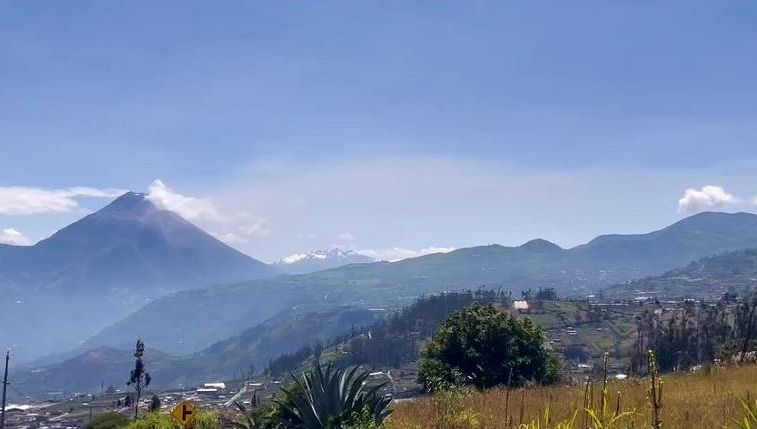 The Geophysical Institute of Peru (IGP) reports that the eruptive activity of the Sabancaya volcano remained at moderate levels between December 27, 2021 and January 2, 2022, with an average of 32 daily explosions, accompanied by plumes of ash and gas up to 2,800 m. above the summit of the volcano and their consecutive dispersion.

The IGP recorded and analyzed the occurrence of 746 earthquakes of volcanic origin, associated with the circulation of magmatic fluids within the Sabancaya volcano. During this period, Volcano-Tectonic (VT) earthquakes associated with rock fractures were located mainly in the North-West of Sabancaya and presented magnitudes of M 2.9.

The monitoring of the deformation of the volcanic structure using GNSS techniques (processed with fast orbits) does not present any significant anomalies. However, in general, an inflation process was observed in the northern sector (around the Hualca Hualca volcano). Visual surveillance identified columns of gas and ash up to 2.8 km altitude above the summit of the volcano, which were scattered towards the western, southwest and northwest sectors of the Sabancaya.

Satellite recordings have identified the presence of 8 thermal anomalies (maximum value of 28 MW) associated with the presence of a lava body on the surface of the volcano's crater.

The volcanic alert remains in Naranja, with an inaccessible area of ​​12 km radius.