The activity of the volcano consists of steam emission and explosions of wet tephra ejected above the surface of the lake but confined in the caldera while only very light ash is deposited on the villages located near the volcano, in especially those exposed to wind directions.
New observations have confirmed that the volcanic cone formed inside Lake Voui and that the Ambae volcano continues to emit volcanic gases and ash contained in Lake Vui, which corresponds to the activity of the volcano. Ambae below Volcanic Alert Level 2 indicating “major level of unrest; the danger zone remains 2 km around the volcanic vents and in the drainage area.

The danger zone (Danger Zone A) remains at the summit about 2 km radius from the active 2017-2018 vent. Additionally, the presence of remnant volcanic ash elsewhere on the island (deposited during the 2017/18 eruption), may be mobilized by precipitation.

Source: AMBAE VOLCANO ALERT BULLETIN N01 was issued by the Vanuatu Meteorology and Geohazards Department on January 27, 2022 at 5:44 p.m. The last born of the Pitons de La Fournaise was named Piton Karay.

The choice of this name was guided by the hemispherical pot shape of the volcanic cone. During the eruption, it notably hosted a lava lake overflowing several times from the edges of the crater.

" The word Karay designates in Reunionese Creole a hemispherical pot (similar to a “wok”) with two handles on the sides. In India, this kitchen utensil is generally called “karahi” (from Sanskrit kaṭāha) which was by the suite creolized in “caraye” (karay in KWZ spelling). This choice of name also honors the memory of the Indian workers, who enriched the Reunionese language with words such as Karay". In La Palma, while the Cumbre Vieja volcano is degassing, cleaning continues wherever access is permitted according to the analyzes carried out regularly.

The first road reconstruction action is already underway on the lava flows south of the volcano, in the La Majada region, which will advance on the LP-213 to connect with about forty houses and provide accessibility to neighbors. 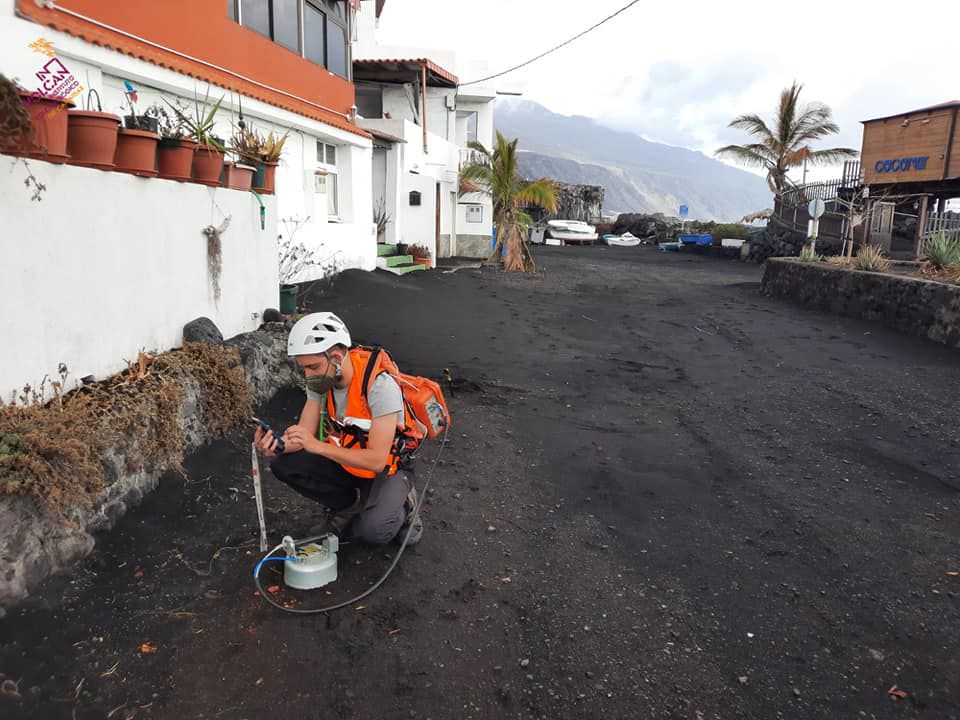 Kamaʻehuakanaloa Volcano may seem unfamiliar, because its name was recently updated: In July 2021, Lōʻihi Seamount was renamed Kamaʻehuakanaloa by the Hawaii Board on Geographic Names. The seamount was recognized as an active underwater volcano and the youngest volcano in the long line of the Hawaiian-Emperor Range, due to earthquake swarms in the 1970s. The eruption is thought to Kamaʻehuakanaloa's most recent was in 1996, when HVO detected 4,377 earthquakes between mid-July and mid-August.

The old name Kamaʻehuakanaloa was descriptive (Lōʻihi = long), but did not reflect Hawaiian cultural knowledge.

Kama'ehuakanaloa "is a powerful name that evokes the name of Pelehonuamea and her birth in Kanaloa" (the ocean).