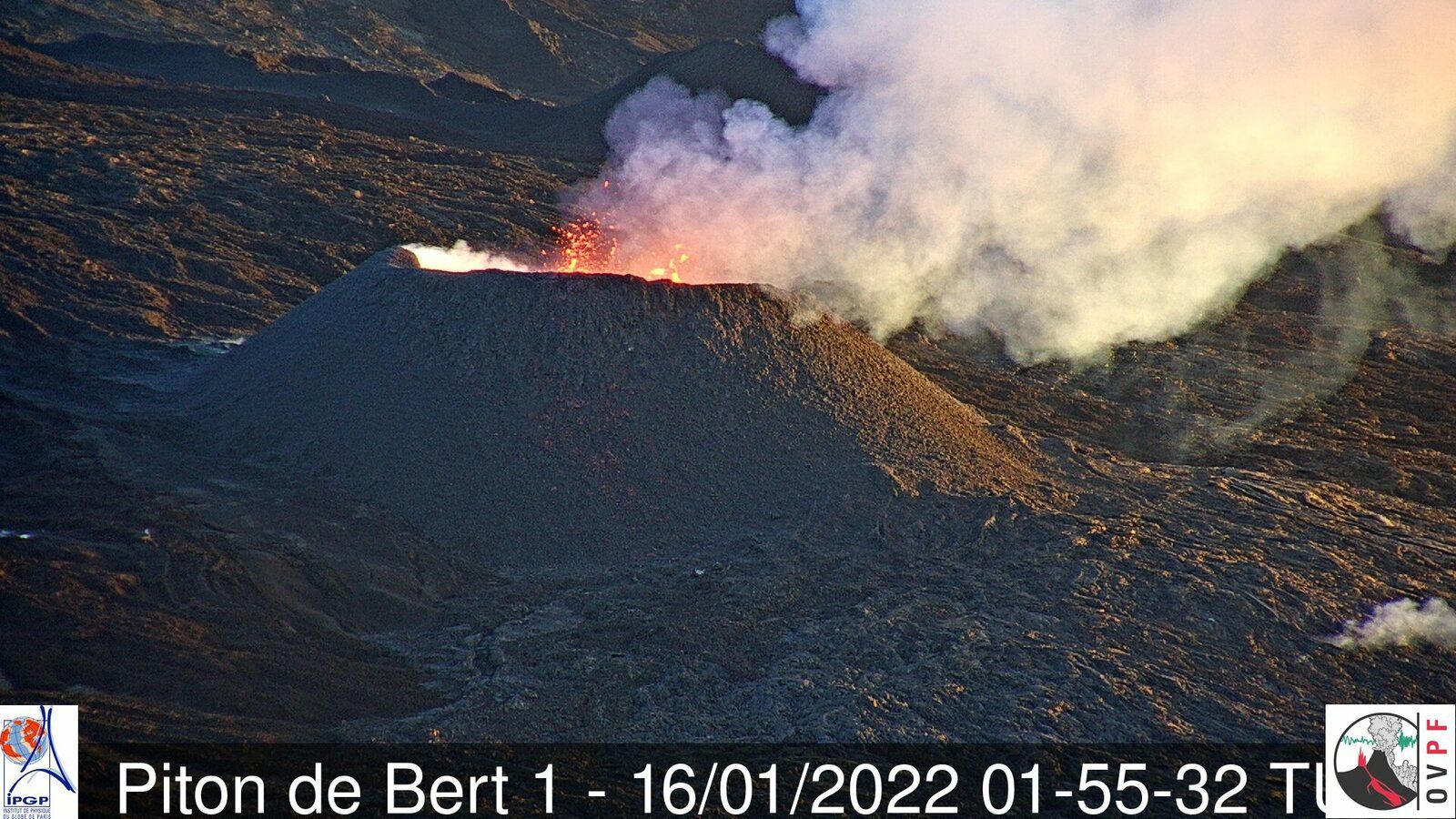 Observations of the eruptive site carried out on January 16 in the morning show that the lava projections at the level of the cone are still present, even if they are less frequent than at the beginning of the week, and occasionally exceed the height of the cone. No overflow from the lava lake has been reported in the past 24 hours.

A few small fires at the foot of the rampart, heavily vegetated, are observed. No hypothesis has yet been ruled out as to the evolution of the future situation (permanent shutdown, resumption of activity on the same site, resumption of activity on another site), taking into account seismic signals which are always observed below the top. It should be noted that reddenings are always visible and correspond to the lava tunnels which are draining. The superficial and internal activity of the Wolf volcano remains high, but with a downward trend, following IGEPN.

On January 16 in the evening, slight gas emissions were observed in a southwesterly direction, on an image from the GOES-16 satellite.

During the last 24 hours, the seismicity is characterized by a volcano-tectonic earthquake and 3 LP earthquakes.

Alert level of – SNGRE: Without alert 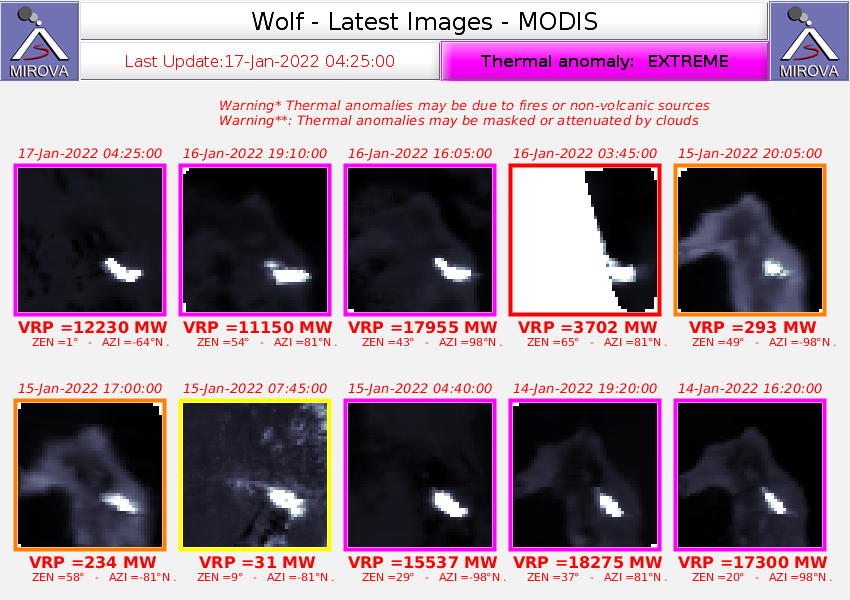 At 5:20 p.m. on Saturday January 15, a large impulsive eruption at the Hunga Tonga-Hunga Ha'apai Volcano in Tonga occurred, causing tsunami activity on Pacific coasts - seen as widely as the west coast of the United States , Peru, Japan and New Zealand. Following the eruption of HTHH / Tonga, the tsunami affected a very wide area, from the west coast of the United States to Peru, Japan and New Zealand – Doc GeoNet - NZ

Cyclone Cody was also a complicating factor. The storm caused increased swells around the east coast of the North Island and made our data harder to decipher.
The National Emergency Management Agency (NEMA) issued a National Advisory: Tsunami activity for the east and north coast of New Zealand and the Chatham Islands around 8:30 p.m. Saturday. This was extended to the west coast of the South Island around 9.40am on Sunday based on additional network sightings. They warned people to expect strong, unusual currents and unpredictable surges on the shore.

Unusual strong currents and unpredictable surges don't sound too worrisome, but reports of damage and evacuations from this weekend's event are an important reminder that even a small tsunami can cause property damage and constitute a risk to personal safety.

New Zealand is carrying out surveillance flights to assess the extent of the damage to the Tonga Islands, which could still be without internet for two weeks following the volcanic eruption which severed an undersea communication cable. 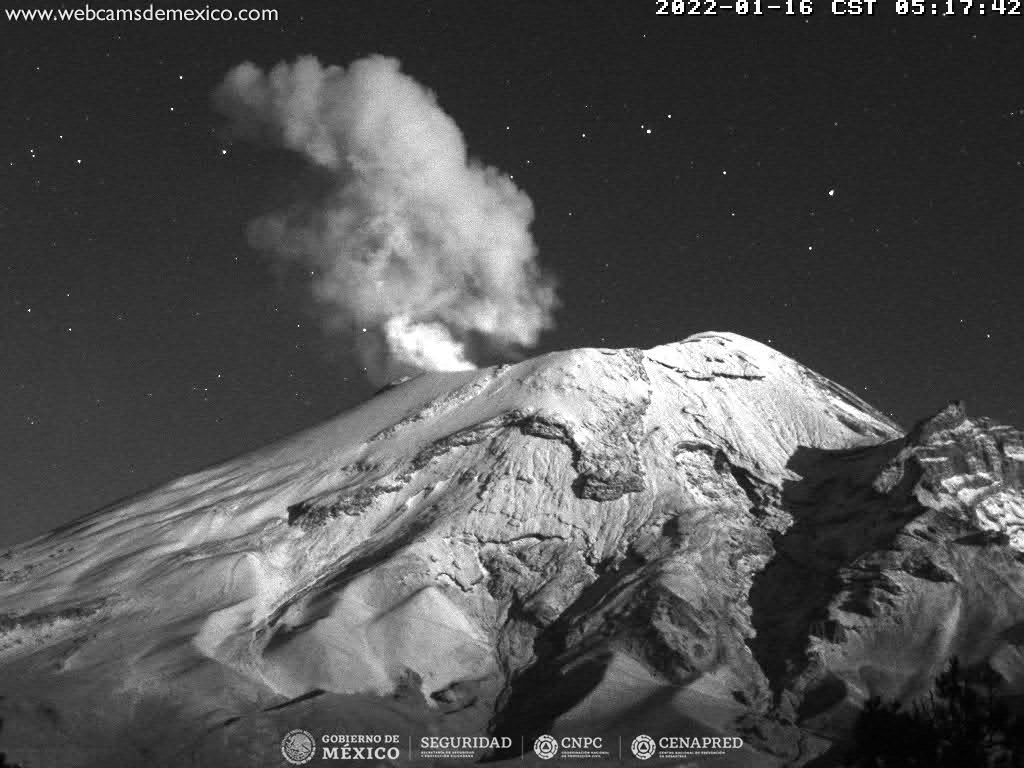 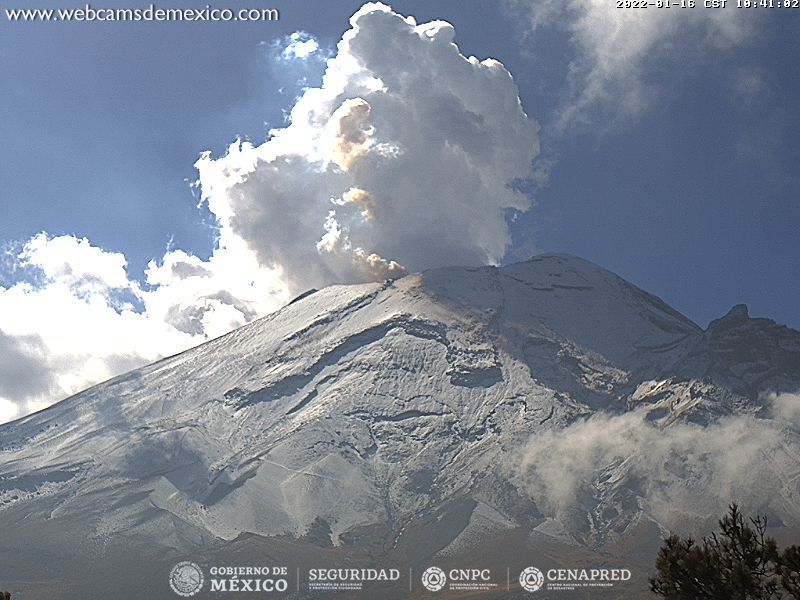 After two days when an eruption was recorded every day, thanks to the monitoring systems of the Popocatépetl volcano, 18 low intensity exhalations have been identified in the last 24 hours, accompanied by volcanic gases and small amounts of ash.

During the morning and at the time of this report (January 16, 11 a.m. local time), a slight emission of water vapor and volcanic gases with a southeasterly direction is observed.

The Popocatépetl volcanic alert is in YELLOW PHASE 2.