News from Merapi, Pavlof, Wolf, and seismicity in Fagradalsfjall. 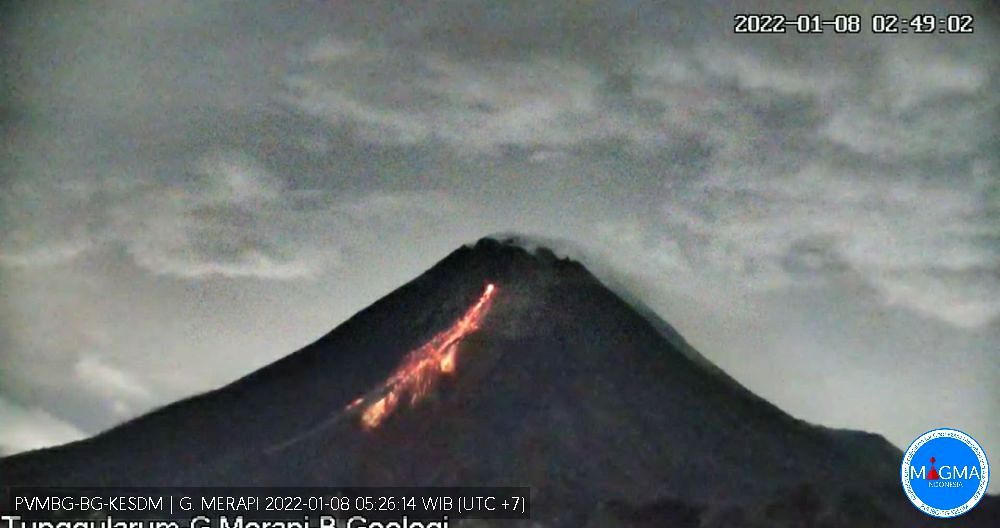 The volcanic activity of Mount Merapi on the island of Java is still quite high in the form of effusive eruption activity. The state of the activity remains defined in level 3 / siaga, between December 31, 2021 and January 6, 2022.

Glowing boulder falls were observed 69 times during the period, in a southwesterly direction, dominating the Bebeng River, with a maximum slide distance of 2,000 m. 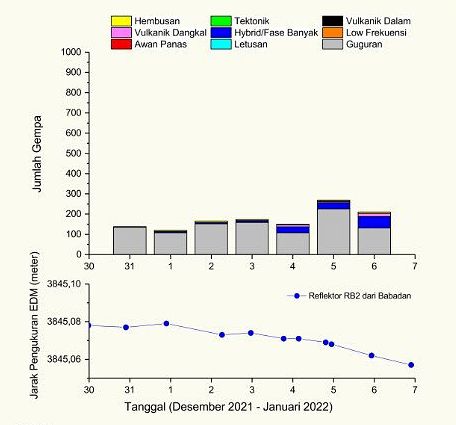 The intensity of the seismicity this week is still quite high. The deformation of the volcano, which was monitored using EDM, showed a distance shortening rate of 0.4 cm / day.

No lahar or additional flow has been reported in the rivers that originate at Mount Merapi.

The current potential danger consists of avalanches of incandescent blocks and pyroclastic flows in the south-east-south-west sector up to a maximum of 3 km to the Woro river and 5 km to the Gendol, Kuning rivers. , Boyong, Bedog, Krasak, Bebeng and Putih. . 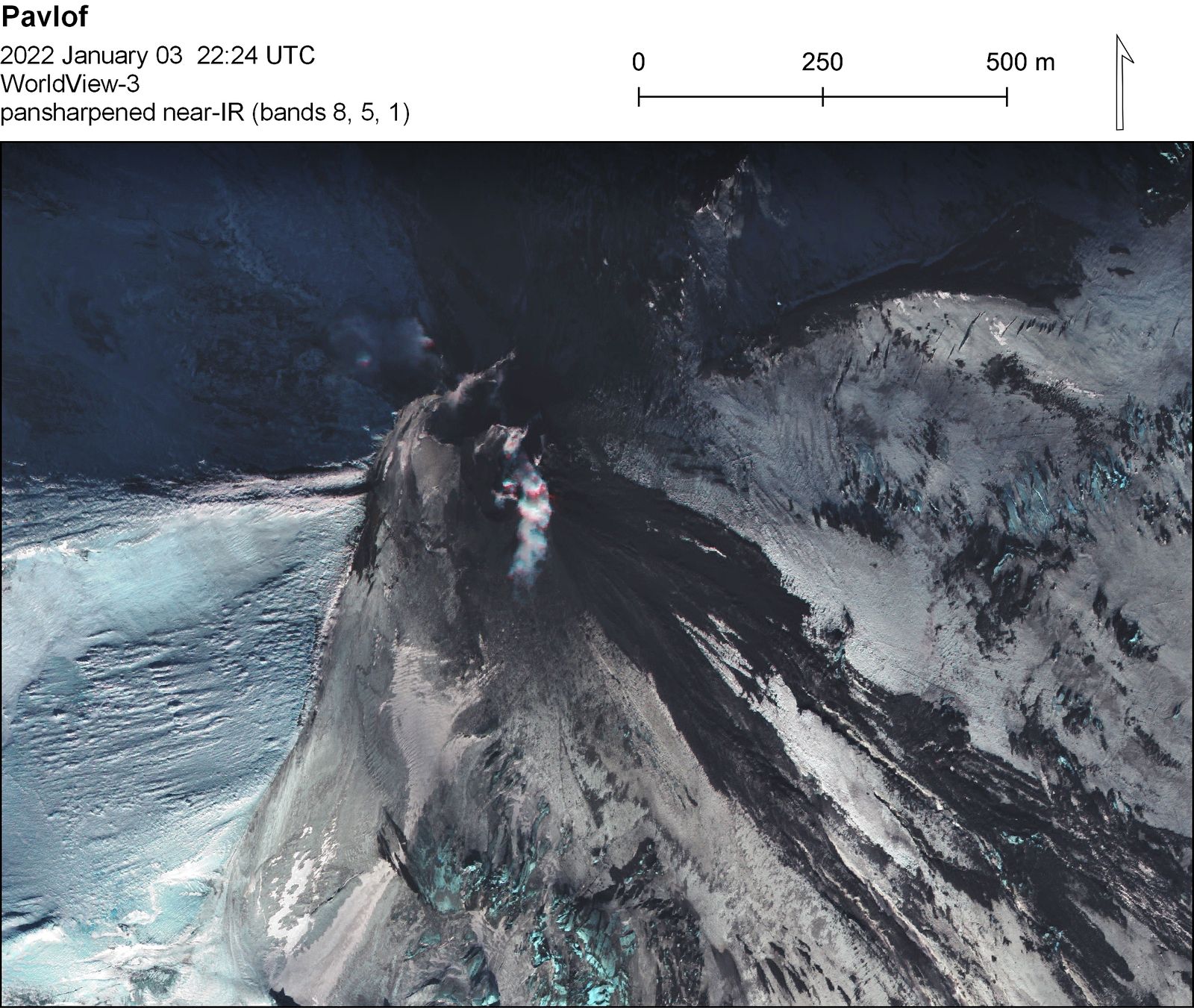 The eruption of the Pavlof volcano continues. Strongly elevated surface temperatures corresponding to the active lava flow on the southeast flank of Pavlof were observed in satellite data throughout the week. High-resolution satellite images from January 2, 4 and 6 showed that this flow was increasing from 80 to 300 m in length. High seismicity, consisting of periods of sustained tremors and discrete low-frequency events, has been detected over the past week. No explosion or ash emission was detected.

Periods of lava fountains from the vent on the volcano's upper southeast flank have been occurring since mid-November. This activity built a small cone and sent runoffs up the flank that melt snow and ice and produce varying amounts of meltwater. The meltwater generally incorporates loose debris on the side of the volcano and forms thin lahars (<2 m thick). The lahar deposits extend along the east-southeast flank for several kilometers, not quite to the base of the volcano. In addition to the  yesterday's article on the eruption of the Wolf volcano, according to what was observed by the park rangers and recorded thanks to the monitoring systems of the IGEPN, this is indeed a crack south of Wolf volcano where magma emerges in the same direction, towards the interior of the island, for now.

The columns of gas and ash reach several thousand meters in height (between 1900 and 3800 meters) and are directed to the north, then the west of the island, where there is no human population at risk.

The team confirmed that the pink iguanas' living area is remote from the eruption and the impact area, so no additional measures are being considered to protect them. 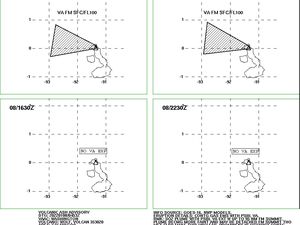 The seismic swarm, which started on Tuesday 12/21 in Fagradalsfjall, has decreased significantly over the past 10 days and is virtually complete at the moment.

According to the latest data, as reported by Veðurstofa, since December 28 no deformation has been detected, both with GPS stations and InSAR images. Models indicate that the magma intrusion is smaller than the intrusion developed before the eruption began in March. The volume was estimated at 18 million cubic meters and the upper part of the intrusion stopped just 1.5 km below the surface.

Due to the latest data, Veðurstofa has downgraded the flight's color code to yellow. Scientists will continue to monitor the area closely anyway.