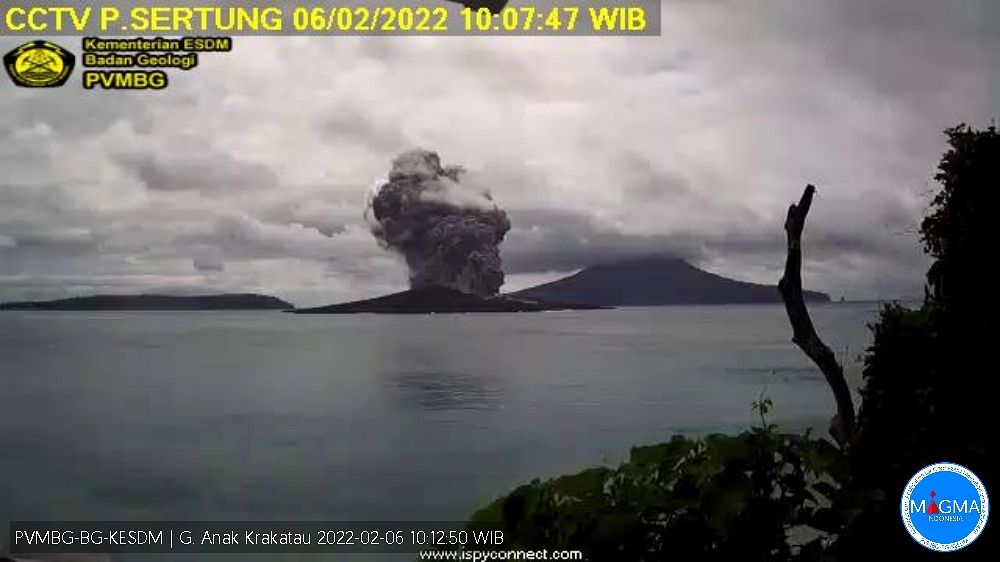 The first at 07:03 WIB, with a column of thick, gray ash observed ± 600 m above the summit (± 757 m above sea level) to the east. This eruption was recorded on a seismograph with a maximum amplitude of 50 mm and a duration of 103 seconds.

The second at 10:05 WIB, with a column of ash, thick and black, observed at ± 1500 m above the summit (± 1657 m above sea level) towards the east. This eruption was recorded on a seismograph with a maximum amplitude of 56 mm and a duration of 223 seconds. New webcam observations this morning, February 5, 2022, show a clear and moderate ash plume from both webcams at Saratamata, Ambae Island and Enar, Pentecost Island heading south-southeast of Ambae Island. 'Ambae.
Areas and villages near the summit of the volcano can continue to expect impacts from volcanic gas and/or ashfall depending on wind speed and direction (currently ~15 knots of wind direction). north-northwest wind).

Additionally, the presence of remnant volcanic ash around the island (deposited during the 2017/18 eruption) may be mobilized by precipitation. Villages near flowing streams (hazardous flow areas) can expect changes in stream behavior and higher than normal flows during heavy rains (currently "in season La Nina "). Residents of Ambae Island should be aware of dangerous water flows when approaching these creeks during heavy rains. 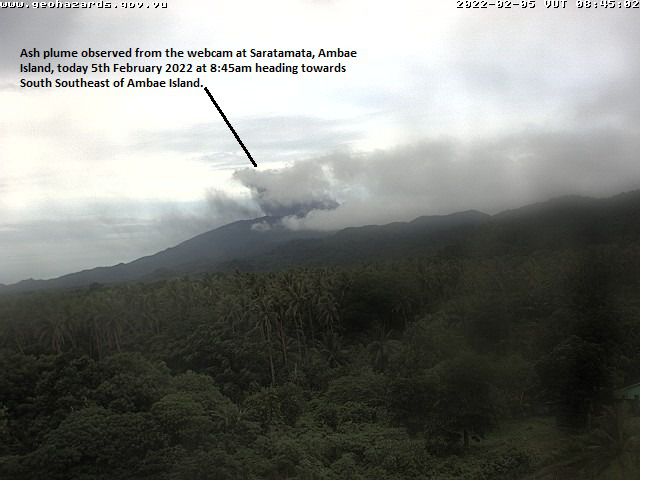 Since February 4, ashes emitted by the Nyiragongo have been falling on Goma.

According to the OVG, the activity remains in the central crater, where the lava has reappeared; this fall of ash is linked to sporadic collapses of the remains of the platforms. 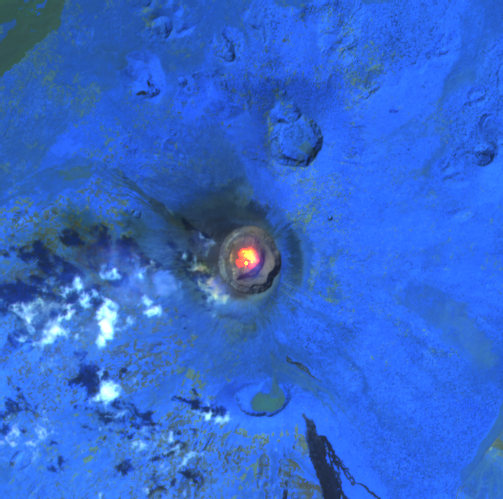