The seismicity of the Anak Krakatau volcano occurred from January 16 to February 4, 2022, marked by the recorded volcanic earthquakes and surface earthquakes indicating a gradual intrusion of magma from the bottom to the surface.

Heavy ash rain is generally potential around the crater within 2 km of the active crater.
During this time, finer ash rain may cover a wider area depending on wind direction and speed. 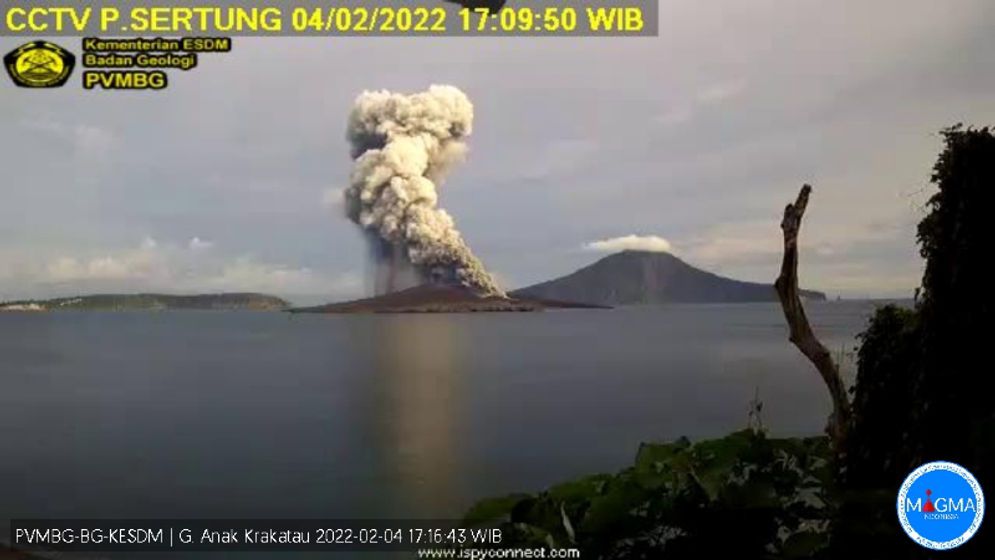 Mount Anak Krakatau's activity level is set at Level II (alert), with a recommendation that people do not approach or travel within 2 km of the active crater. The National Institute of Geophysics and Volcanology, Etneo Observatory, reports that Strombolian activity in Etna's southeast crater has ceased.

In addition, by analyzing the images of the INGV-OE surveillance cameras, from February 2, the light and discontinuous emissions of volcanic ash communicated in the updates of January 30 and 31 are no longer observed.

The magnitude of the tremor is still in the low range. The signal sources are located between the central craters and the Southeast crater. Infrasound activity is low. The sources of the infrasonic signal are located near the Bocca Nuova.
The stations of the ground deformation monitoring networks (GPS and slope) in operation on Etna do not show any significant variations. 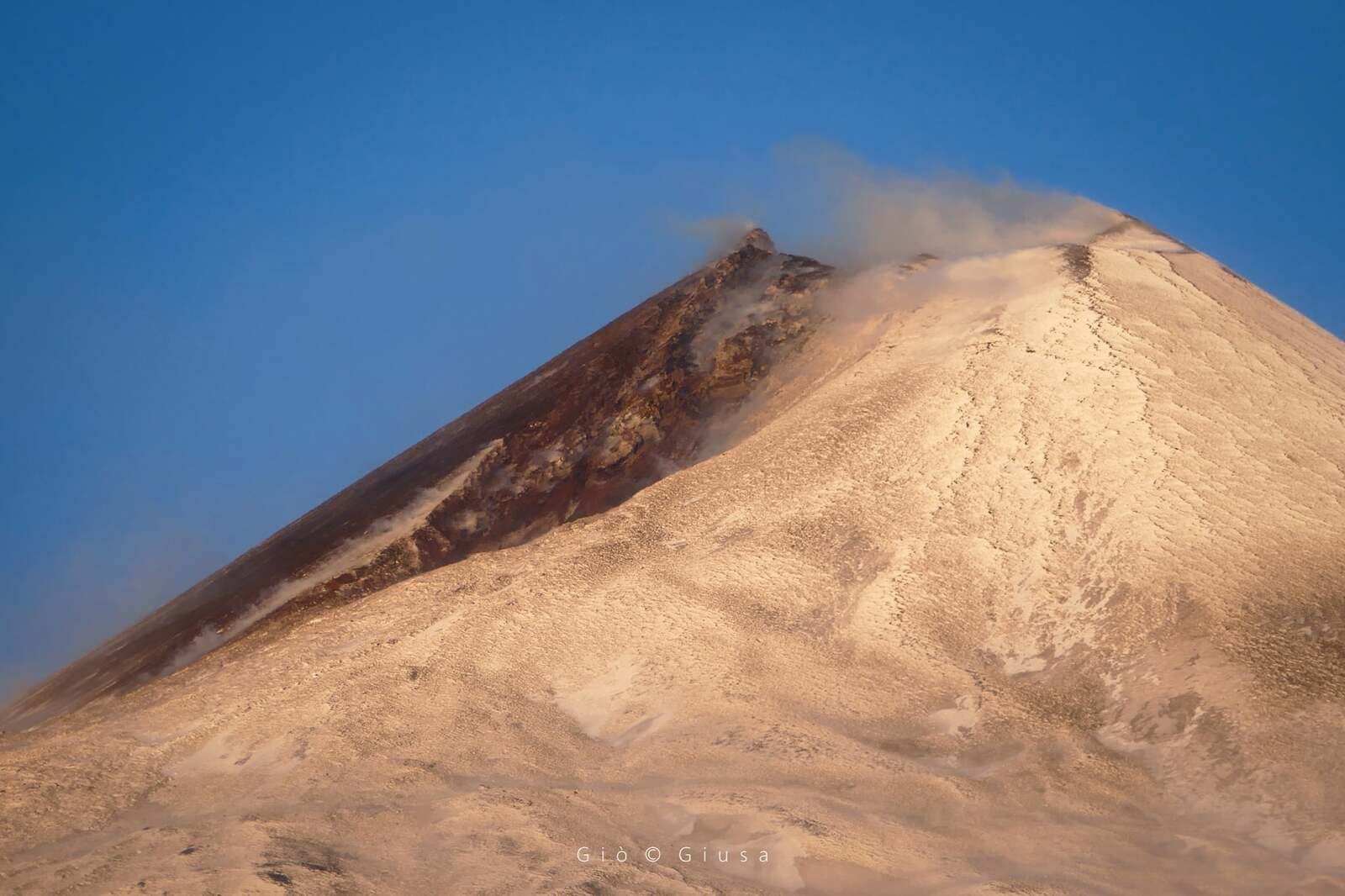 The eruption at Kīlauea Volcano's summit in Halemaʻumaʻu Crater has continued for the past 24 hours. Lava activity remains confined to the crater, and there is no indication of the eruption migrating elsewhere on Kīlauea.

Lava effusion from the western vent in Halemaʻumaʻu crater was stable yesterday morning. During the afternoon, production to the active lava lake in the western part of the crater declined in association with the deflationary phase of a deflation-inflation (DI) event in the summit region. Unlike full eruptive pauses in recent weeks, the surface of the lava lake did not completely stagnate and crust over, although circulation decreased. A steady and more vigorous lava outpouring returned last night in association with the inflationary phase of the DI event. A brief period of active lava lake overflows around 1:00 a.m. HST was followed by a slow decline in activity this morning as the summit deflates again.

Multiple lava seeps were active along the northern and eastern crater margins yesterday, with substantial parts of the inactive eastern lava lake being resurfaced by these flows; some of the seep outlets remain active today, particularly at the extreme east of the crater.

During the deflationary phase of yesterday's DI event, the surface of the active lava lake dropped approximately 8 meters (26 feet). During the inflationary phase that followed, it reached a level similar to that before the DI event, but so far this morning it has retreated by 3 meters (10 feet) in association with the deflation at Mountain peak. At present, the active lava lake is approximately 88 meters (289 ft) deep compared to when the lava emerged on September 29, 2021. Measurements on January 28 indicated that the total volume of lava effused since the beginning of the eruption was about 45 million cubic meters. (12.0 billion gallons) at that time.

The volcanic alert remains at Watch, and the aviation code at Orange. 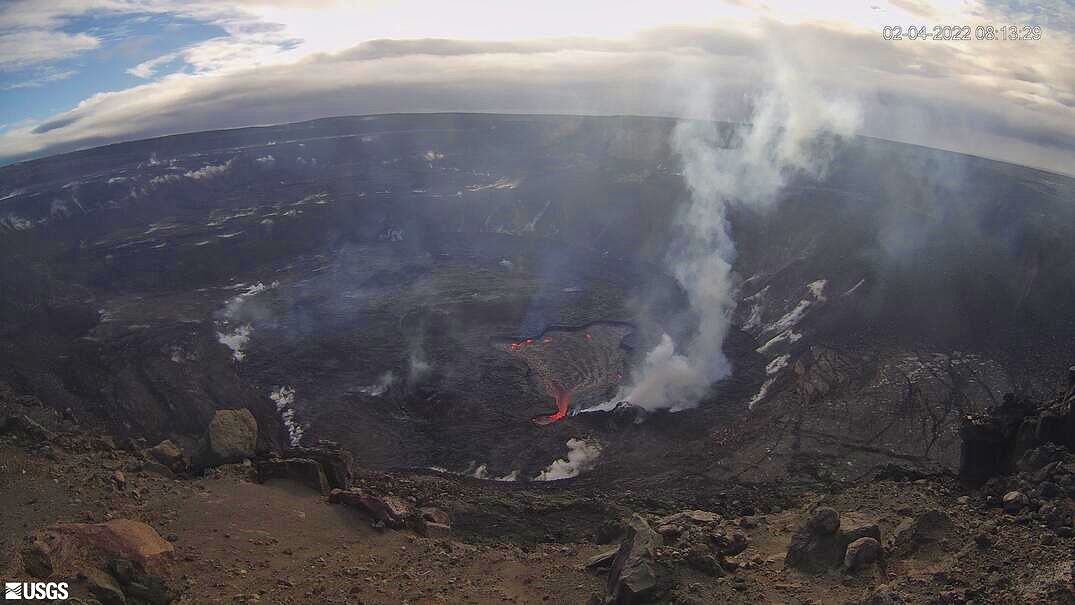 The Rincon de La Vieja volcano experienced five eruptions in 8 days, according to reports from Ovsicori. These recent eruptions are of the phreatic type.

The last date was February 2 at 6:53 p.m. local time, and the emission of gas, steam and ash continued for 2 minutes. Due to poor visibility, the height of the plume could not be estimated. 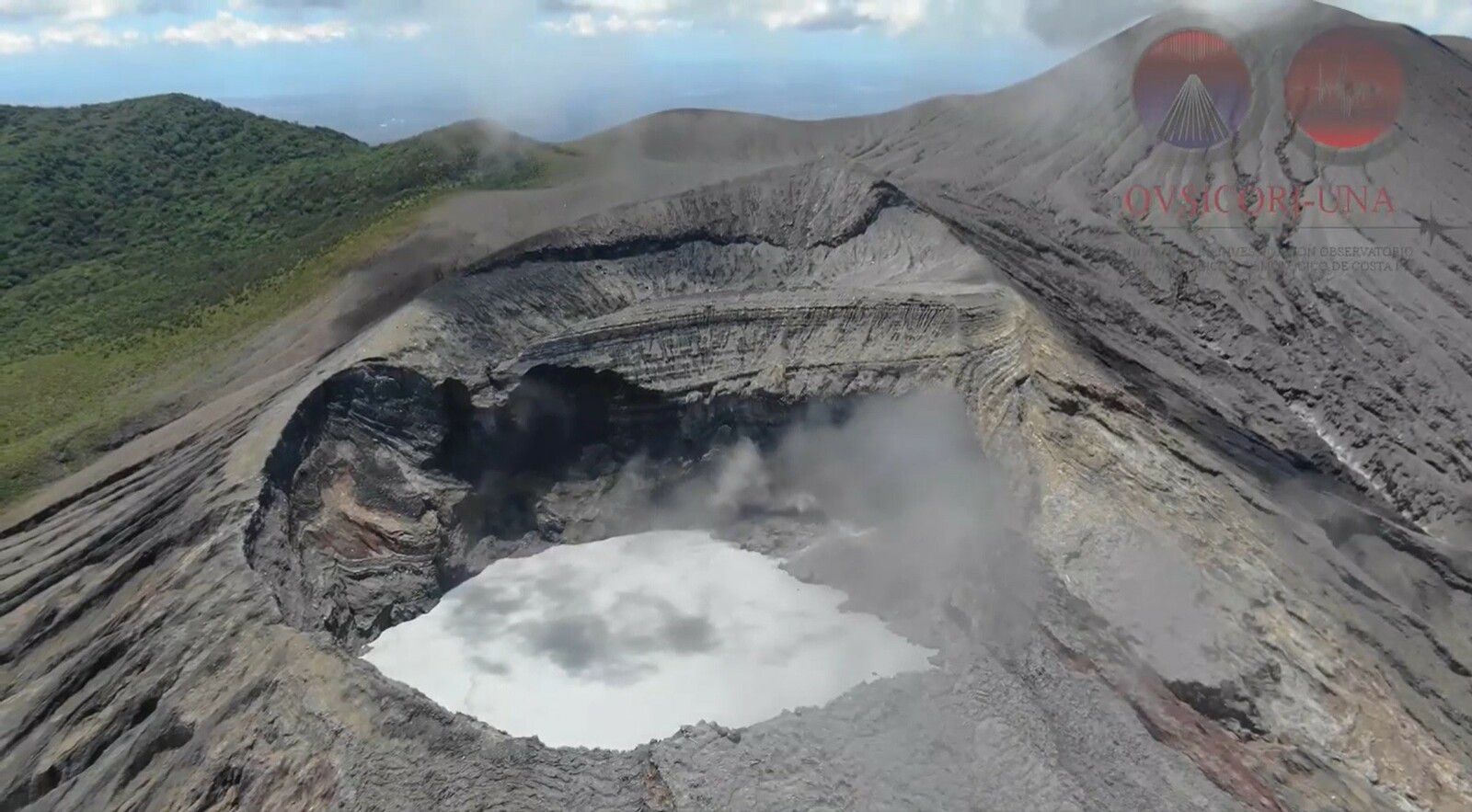