From 04:30 TL, thanks to satellite images (GOES-16), it was possible to observe an ash cloud that reached more than 7 km above the level of the crater, similar to what was observed during the pulses of greatest activity of the current eruptive period.

Thanks to reports from SNGRE and the Network of Volcanic Observers of Ecuador, the fall of ash has been confirmed in the provinces of Chimborazo, in the cantons of Riobamba, Colta and Guamote. Bolívar in the townships of Echeandía and Las Naves and Los Ríos in the townships of Ventanas and Mocache.

The Washington VAAC reported several satellite-observed ash emissions, which peaked at 3,920 meters above crater level in a northwesterly direction.

The FIRMS and MIROVA applications have not detected any thermal alerts in the past 24 hours. Observation: The volcano area remained cloudy.

The seismicity of the last 24 hours is characterized by 29 eruption earthquakes, 25 LP earthquakes, and 16 times the emission tremor. 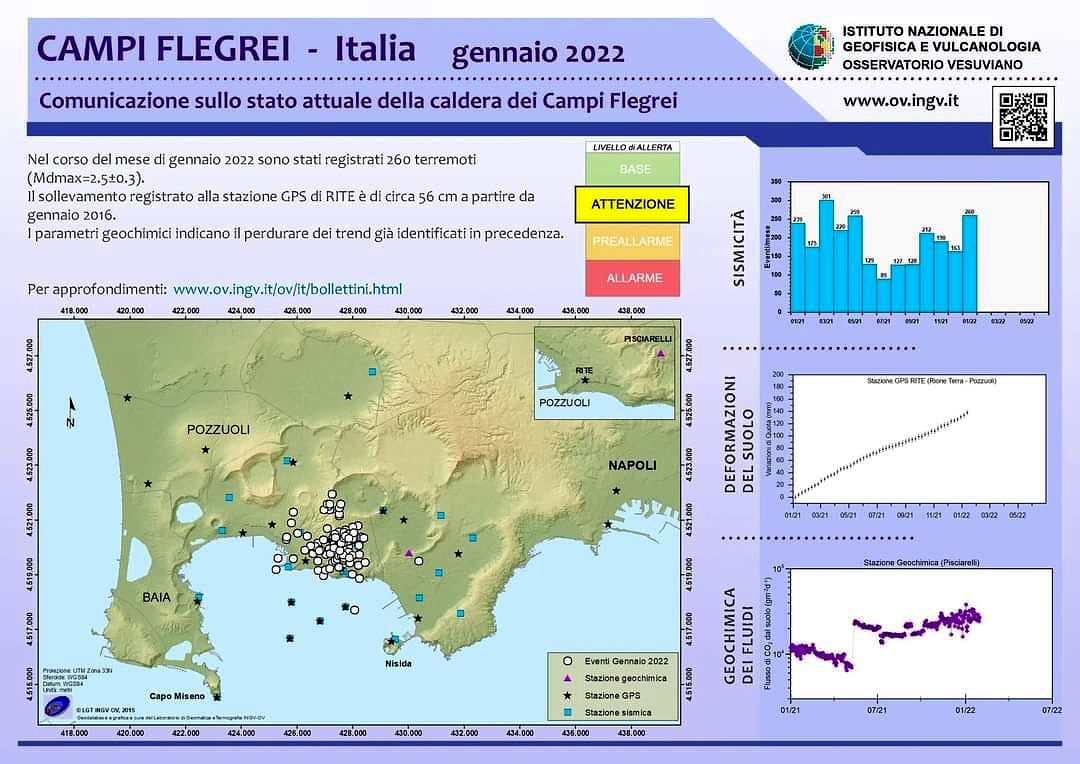 In the week of January 31 to February 6, 2022, the INGV reports the recording of 127 earthquakes in the Phlegrean Fields.
The average uplift velocity value in the maximum deformation zone from December 2021 is about 13 ± 2 mm/month, a slight increase from the values ​​of 10 ± 2 mm/month recorded in the interval from July to November 2021. The uplift recorded at the RITE GPS station is about 85 cm as of January 2011.
Soil CO2 fluxes measured last week showed no significant changes. The temperature sensor installed in an emission fumarole 5 meters from the main Pisciarelli fumarole showed an average value of ~95°C. In the light of monitoring data, INGV OE highlights, for the period from January 31 to February 6, 2022, discontinuous and discontinuous Strombolian activity and slight emissions of volcanic ash at the level of the southeast crater of  Etna. Degassing activity is observed at the other summit craters.

Modest fracturing seismic activity, and the average amplitude of the volcanic tremor remaining on the low level are reported.
Weak infrasonic activity.
There are no significant variations in ground deformation over the past week.

With regard to gases: the flow of SO2 is at a low level.
The soil CO2 flux does not show significant variations, remaining on average values.
The partial pressure of CO2 dissolved in the aquifer shows values ​​in seasonal variability.
The isotope ratio of helium shows a slight increase reaching high values ​​(data from 01/25/2022).

Thermal activity in the summit area, observed by satellite, remains at a low level. 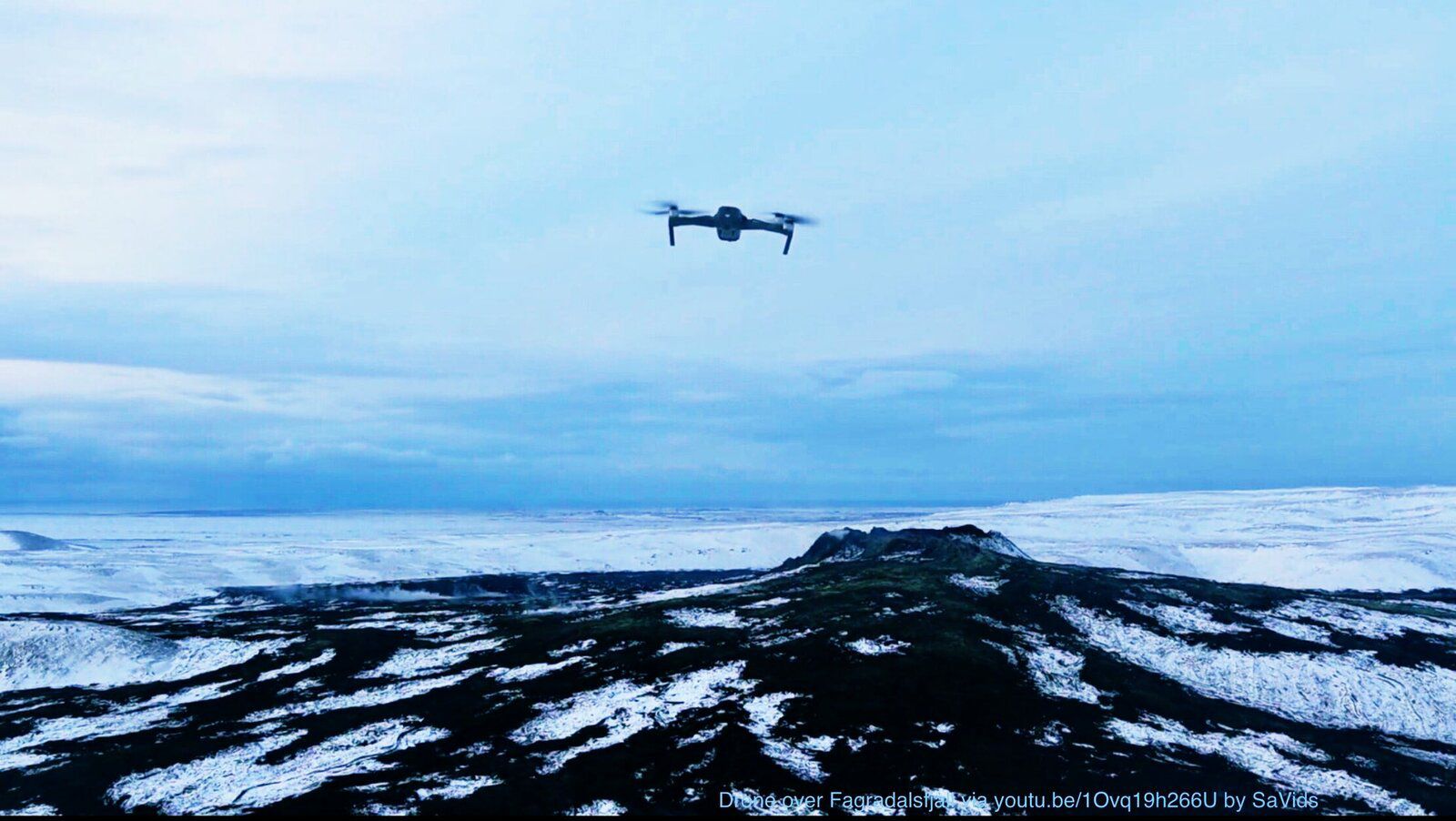 In Iceland, no significant change at the Fagradalsfjall site.

A flyby of the crater was conducted by drone by IcelandVid. Fagradalsfjall - seismicity on 07.02.2022 - Doc. Veðurstofa Íslands - one click to enlarge