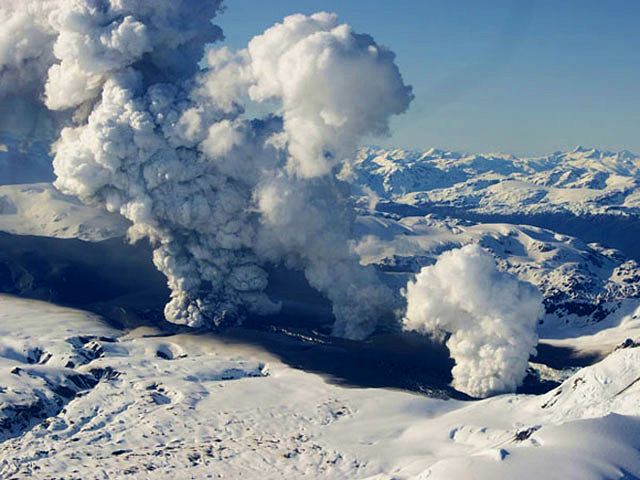 On Sunday, March 6 at 6:49 p.m. local time (21:49 UTC), monitoring stations near Hudson Volcano, Chile, recorded an earthquake associated with both rock fracturing and fluid dynamics in the within the volcanic system (Hybrid).
The characteristics of the earthquake after its analysis are as follows:
ORIGINAL TIME: 6:49 p.m. local time (9:49 p.m. UTC)
LATITUDE: 45.958°S
LONGITUDE: 72.966° W
DEPTH: 5.2 km The IGEPN reports that the activity, both superficial and internal, of the Wolf volcano remains high, with an unchanged trend.

Thermal anomalies continue to appear on satellite images, associated with the presence of lava flows.

Seismicity comes down to a single volcano-tectonic earthquake.

No good satellite view as the Galapagos are covered in clouds. The Washington VAAC reported 4 emissions at Sangay, whose heights varied between 870 and 1170 meters above the level of the crater with West, North-West and South-West directions.
Gas measured via the Mounts system returned 1,888 t at 1:56 p.m. on 05/03/2022. TROPOMI detected a strong SO2 signal at a distance of 13.7 km from Sangay with 15.07 DU of SO2 at an altitude of about 1 km. Estimated mass within a radius of 300 km: 1.5 ktonne.
The FIRMS system records 4 thermal anomalies in the last 24 hours.
The weather conditions are permanently cloudy, so there are no observations of surface activity. During the last 24 hours, thanks to the monitoring systems of the Popocatépetl volcano, 9 low intensity exhalations have been detected, accompanied by water vapor, gas and slight amounts of ash.

In addition, 1265 minutes of low amplitude tremor were recorded.

During the morning and at the time of this report, a constant emission of volcanic gases and a slight amount of ash are observed, which disperse towards the northeast.