Activity of Kilauea, Reventador, and the 150 years of Yellowstone N.P. The eruption at the top of Kīlauea Volcano in Halema'uma'u Crater is ongoing at this time.

Last week, Kīlauea's summit eruption was marked by 4 short pauses, with lava erupting after about a day each time. The southwest crater floor showed the most change, first near the southernmost outlet of the western vent where a small pond basin formed, and then on the southeast margin from the active lava lake, where the hardened rock has begun to isolate part of the large lake basin.

After a significant reduction in activity on 2022-03-02 afternoon and evening, lava eruption from the western vent in the active lava lake increased again around 10:30 p.m. HST last night. The tremor at the top remains high and regular. Deflation at the summit of Kīlauea Volcano yesterday turned inflationary around 10:00 p.m. HST last night, turning flat this morning.

Lava eruption from the west vent in the active lava lake in Halema'uma'u Crater increased around 10:30 p.m. HST last night. Continuous flows of active lava are currently erupting from the western vent and flowing into the western active lava lake. There has been little to no seepage along the crater floor margins over the past 24 hours. The active surface of the Halemaʻumaʻu crater lava lake decreased by 12 m throughout the day yesterday and increased by about 9 meters over the past 8 hours. This effusive activity corresponds to an increase in summit tilt and an increase in summit tremor. The seismicity of the last 24 hours is characterized by 6 explosion earthquakes, 2 LP earthquakes, and 32 episodes of emission tremor.

Yesterday afternoon, the volcano remained partially clear. During the night, an incandescence was observed in the crater
with rolling blocks up to 500 meters below the summit (western flank).

The descent of pyroclastic flow could be observed on the southern and southeastern flanks.

For the moment the volcano is cloudy, and on alert Naranja A birthday, with a little delay:

Yellowstone is located at the convergence of the Great Plains, the Great Basin and the Columbia Plateau. For more than 10,000 years before its designation as a park, Native Americans lived, hunted, fished, gathered plants, mined obsidian, and used the spring water for religious and medicinal purposes. The National Park Service recognizes 27 individual tribes with historical and modern ties to Yellowstone.
Further evidence of Yellowstone's unique geothermal and geological features in the form of artwork by Thomas Moran and photographs by William H. Jackson would have helped convince Congress that the Yellowstone landscape was worth protecting.

For 150 years, steps have been taken to protect the park's incredible wildlife, to preserve the trails that introduce visitors to geysers, mudpots, lakes and rivers, and to ensure through sustainability efforts and education the maintenance of this volcanic and natural jewel.

Source: Yellowstone for Ever 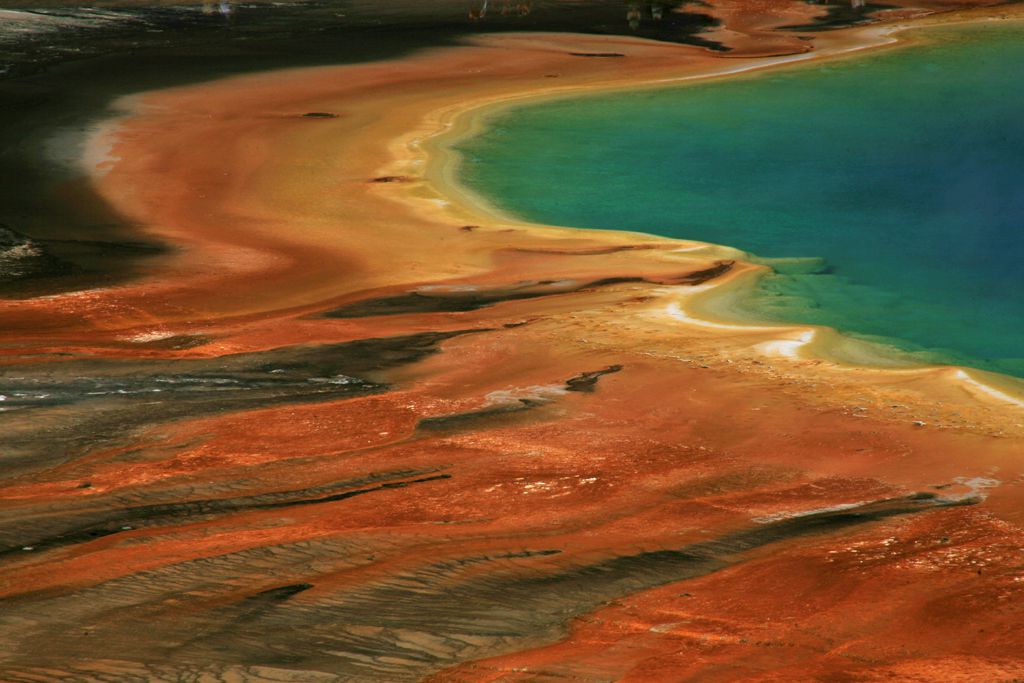