On March 1 at 2:00 p.m. local time, the Servicio Geologico Columbiano informs that ash falls are reported in various sectors of the city of Manizales and the municipality of Villamaría, which are linked to gas and ash emissions from the Nevado de Ruiz volcano. recorded during today, March 1, 2022.

These emissions were linked to seismic signals of moderate energy level, associated with the movement of fluids inside the volcanic conduits.
The recording of new seismic signals of this type that may be associated with gas and ash emissions, which will be dispersed according to the prevailing wind regime at the time of the emission or an acceleration of the volcanic process that this entails, is not excluded. changes in the activity level of the volcano.

The activity level of the Nevado del Ruiz volcano continues in yellow or (III): Changes in the behavior of volcanic activity. No significant changes in Reventador activity have occurred in the past few days. This is characterized by the ongoing effusive-explosive eruption of the volcano, as reported by the local volcanic observatory Instituto Geofísico (IGEPN).

At the end of the afternoon yesterday, the area was cleared and gas emissions were observed up to 1,000 meters above the level of the crater in a westerly direction. VAAC Washington reported 3 emission alerts observed on satellites with heights up to 988 meters above crater level in a northeast and west direction.
The FIRMS satellite system records 1 thermal alert in the last 24 hours.
The lava flow emitted on the northeast flank remains active.
The collapse of parts of the flow generated incandescent avalanches which break off and run down the slope.

Seismicity is characterized by 3 explosion earthquakes, 43 LP earthquakes, 33 episodes of emission tremor, and 2 of harmonic tremor. The temperatures recorded on the edge of the crater of La Fossa of Vulcano show stable values ​​and confirm the continuation of the thermal anomaly. On the inner side of the crater, the values ​​are still stable at 111°C.

The CO2 flux in the crater area remains at high values. CO2 fluxes at the base of the La Fossa cone and in the Vulcano Porto area: the CO2 fluxes recorded in the Rimessa, C. Sicilia and P4max sites remain at medium-high values; on the Faraglione website they are recorded at basic values.
SO2 flux at a medium-high level and decreasing.
No updates are available regarding the geochemistry of the fumarole gases.
The physico-chemical parameters recorded in Camping Sicilia and Les Bambara remain stable at high values, although showing a very slight downward trend. 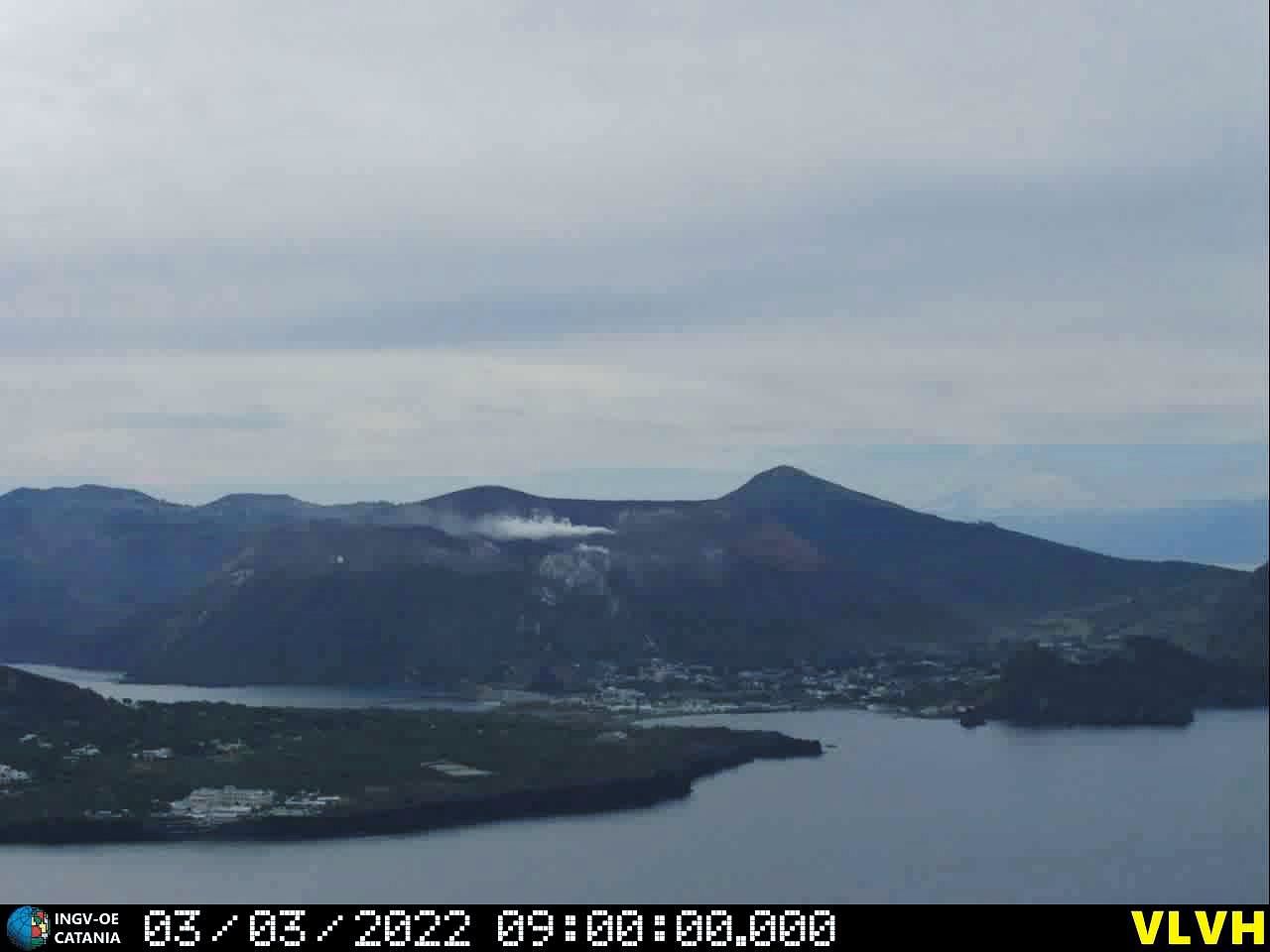