News of Merapi, Semeru and Santiaguito. 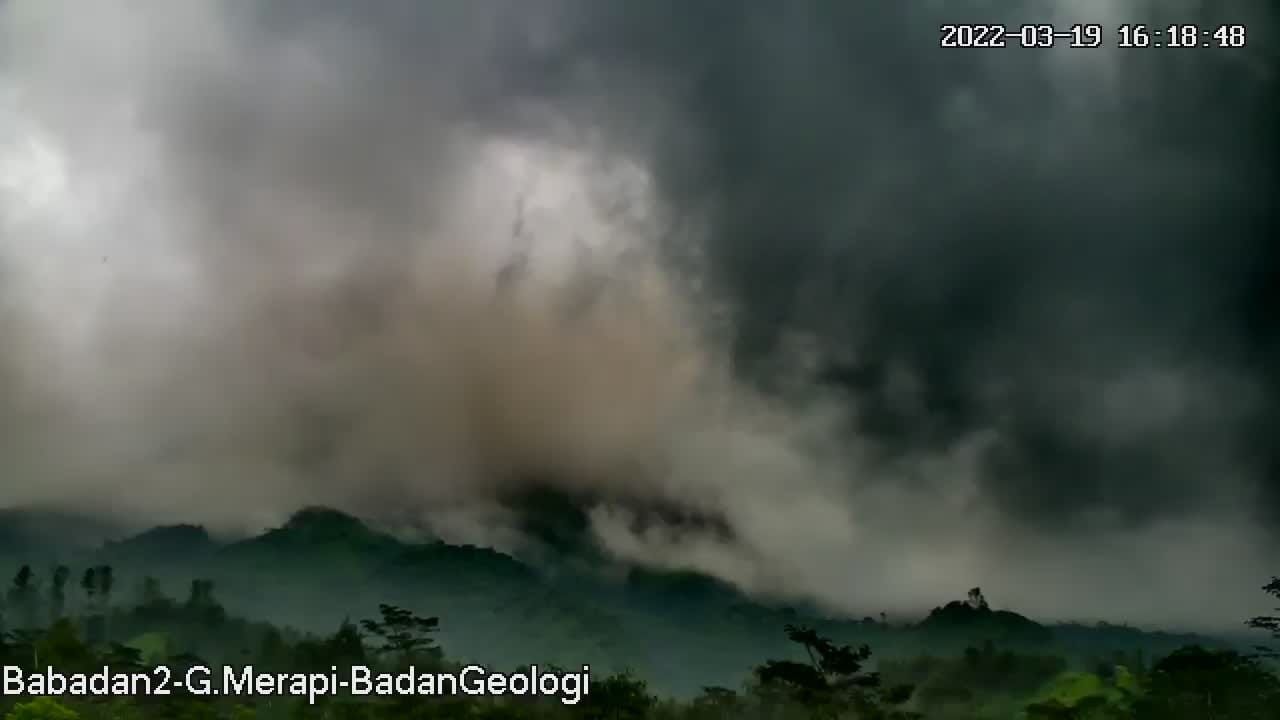 Morphological analysis shows a decrease in height of the southwest dome of approximately 2 m due to avalanche activity. The middle lava dome did not observe significant morphological changes. According to the analysis of the photos, the volume of the southwest lava dome: 1,546,000 m³ and of the central dome: 2,582,000 m³.

The intensity of the earthquake this week is higher than last week. Mount Merapi's deformation, which was monitored using EDM this week, showed a distance shortening rate of 0.5 cm/day. On March 19 at 4:17 p.m. WIB, a pyroclastic flow is recorded on the seismogram, with an amplitude of 32 mm and a duration of 211 seconds. Gliding distance estimated at 2,500 m to the southwest. The activity continues at Semeru, with:

For this 20.03, Semeru erupted on Sunday March 20, 2022 at 07:01 WIB with the height of the ash column observed at ± 500 m above the summit. It is observed that the ash column is white to brown with a thick intensity towards the southeast. This eruption was recorded on a seismograph with a maximum amplitude of 20 mm and a duration of 180 seconds. The Santiaguito volcano observatory -OVSAN- reports white degassing 100 meters above the crater which extends to the west and southwest.

At night, incandescence was observed in the crater of the Caliente dome, and in the lava flows in the west and southwest directions.

Weak and moderate avalanches continue to be recorded at the front of the lava flow in a west and southwest direction, generating fine ash particles in the volcanic perimeter.

The volcano maintains high activity due to blocky lava extrusion within the Caliente dome in a west-southwest direction and unstable material within the crater. There is a likelihood of moderate to strong pyroclastic flows, with imperative not to stay near or in the beds of the rivers near the slopes of the volcano.