Sinabung and Semeru activity - Seismic swarm in the Reykjanes Peninsula. 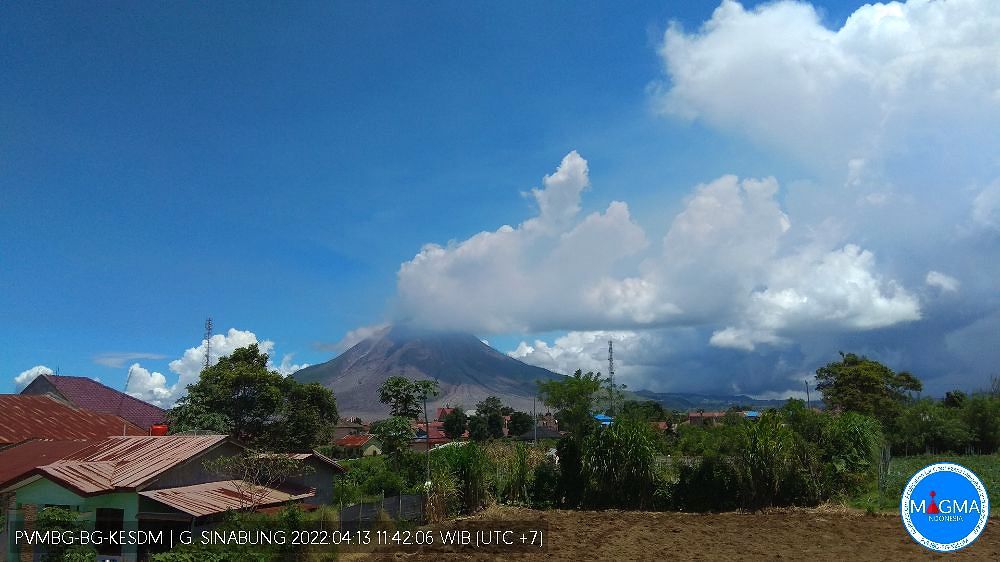 Communities and visitors/tourists should not carry out activities in the villages that have been relocated, as well as within a radial radius of 3 km from the summit of Mount Sinabung, as well as a sectoral radius of 5 km for the south- east sector, and 4 km for the east-north and west sector.
In the event of ash rain, people are advised to wear masks when leaving the house to reduce the health impact of volcanic ash. Securing drinking water installations and cleaning the roofs of houses from heavy volcanic ash so that they do not collapse.
People who live and live near the rivers that originate at Mount Sinabung should remain alert to the dangers of lahars. Eruptive activity continues with a level 3 / siaga. It is advised not to carry out any activity in the southeastern sector along Besuk Kobokan, up to 13 km from the summit (the center of the eruption). Beyond this distance, the community does not conduct activities within 500 meters of the bank (river edge) along Besuk Kobokan due to the potential for expansion of hot clouds and lava flows. lava up to a distance of 17 km from the summit.
Not to move within a radius of 5 km from the crater/summit of Mount Semeru, as the area is likely to undergo incandescent projections.
And to remain aware of the potential for hot cloud avalanches (APGs), lava avalanches and lahars along the rivers/valleys that originate at the summit of Mount Semeru, especially along Besuk Kobokan, Besuk Bang, Besuk Kembar and Besuk Sat as well as potential lahars in the rivers a small river which is a tributary of Besuk Kobokan. A seismic swarm began on April 12 at around 9:20 p.m. in the Reykjanes Peninsula, with a magnitude 3.9 earthquake, followed by several smaller earthquakes, measuring near magnitude 3. Earthquake activity has been almost continuous since the large quake. earthen.
ENSu has heard that the largest earthquake was observed in Reykjavík, so it can be assumed that it was well felt in many parts of the Reykjanes peninsula.
The crisis follows the pattern of activity that has characterized the peninsula over the past two years, as activity jumped between areas.