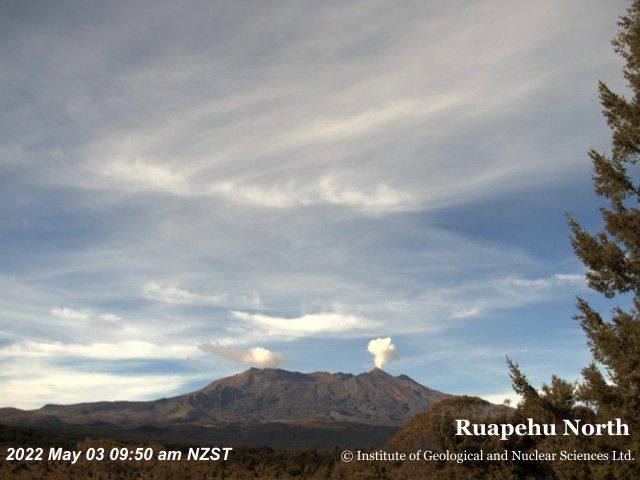 Early on May 3, 2022, a steam plume was visible above the crater lake of Mount Ruapehu (Te Wai ā-moe).

The first sign of the plume occurred at about 0945 and it slowly rose about 1-1.5 km above the summit area. The plume remained visible until around 10:30 a.m. Images of the plume indicate that atmospheric conditions favored cloud formation, as clouds were also forming elsewhere around the volcano. The plume was seen widely around the volcano.
No seismic or acoustic activity accompanied the appearance of the plume, indicating that the steam plume was not generated by strong activity in the lake. We cannot rule out that very minor activity has occurred, which is why our scientists conducted an observation flight in the early afternoon. Observations from this visit indicate that the central vent continues to actively rise and the lake level is slightly higher. These sightings are like those reported yesterday. Ruapehu - control overflight on May 3, 2022 in the afternoon - GeoNet photo - one click to enlarge

The current temperature of the lake is now around 39 ºC. In the past, such high lake temperatures, combined with cool and calm atmospheric conditions, have generated visible steam plumes over the lake. We can expect to see more plumes over the coming weeks/months under suitable weather conditions.

Laboratory analysis of the latest fluid samples from Crater Lake is now processed. The results are very similar to past analyzes and show no clear indication that the magma is interacting with the hydrothermal system beneath the lake.
The interpretation of this activity is consistent with elevated volcanic unrest at the Elevated Level and therefore the Volcanic Alert Level remains at Level 2. The Aviation Color Code remains at Yellow.
We will carry out further gas measurement and observation flights weather permitting.

GNS Science and is licensed under a Creative Commons Attribution 3.0 New Zealand License 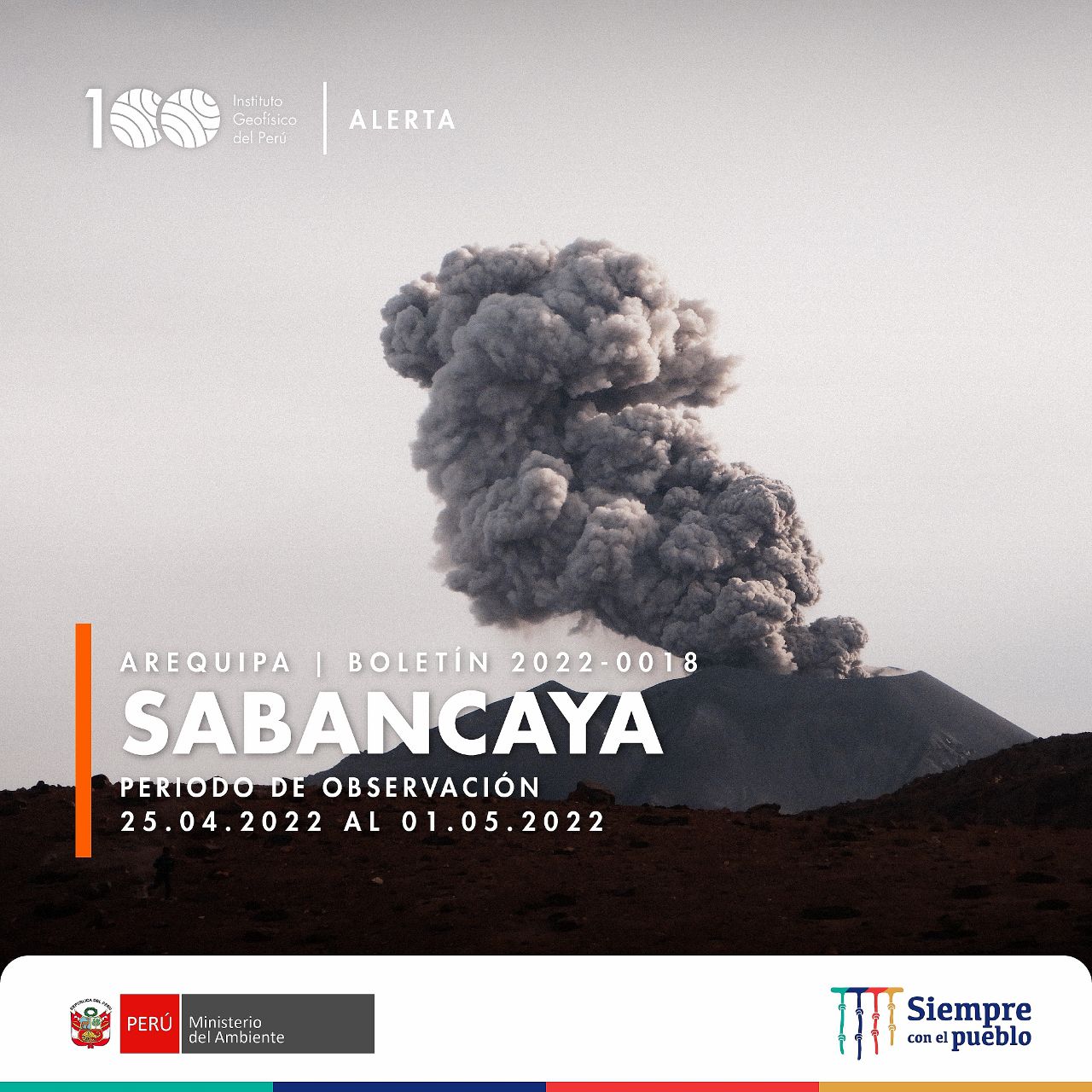 The I.G.Peru informs us about the maintenance of the eruptive activity of Sabancaya at moderate levels, between April 25 and May 1.

It is characterized by 40 daily explosions, accompanied by plumes of gas and ash reaching 2,500 meters above the summit.

In addition to the VT earthquakes, linked to the internal fracturing of rocks, the Observatory detected 323 volcanic earthquakes associated with the circulation of magmatic fluids.

Eight thermic anomalies, with a max. of 29 MW are associated with the presence of a lava body on the surface of the crater.

The volcanic alert remains in Naranja, with a 12 km radius no-go zone around the crater. Moderate explosive activity of the volcano continues. Ash explosions up to 10 km a.s.l. could occur at any time. Ongoing activity could affect international and low-flying aircraft. 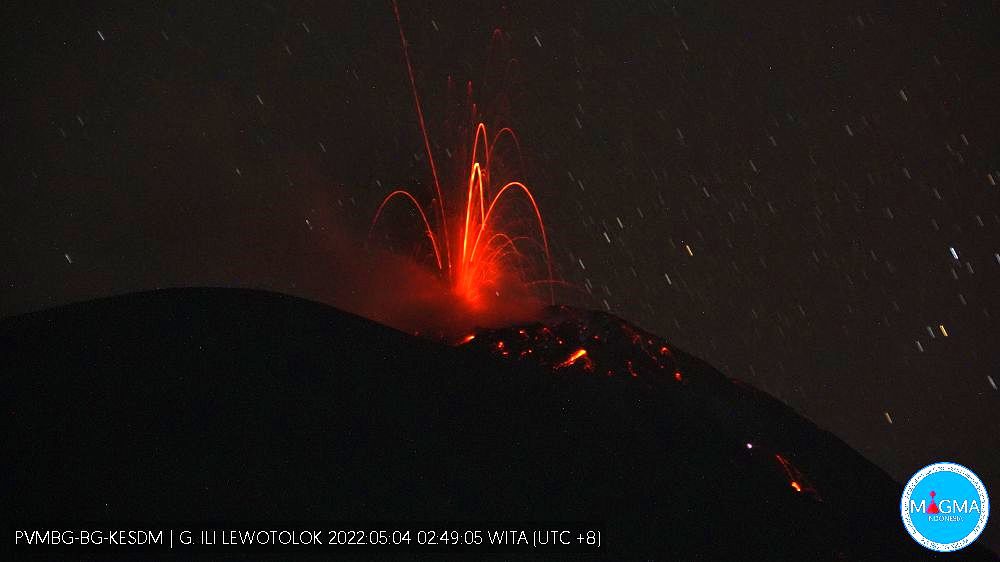 Activity continues at Ili Lewotolok on May 4, 2022, with plumes of gas and ash between 100 and 600 meters above the summit.

Seismicity is characterized between 00 and 12h by:
- 25 eruption earthquakes
- 20 emission earthquakes
- 8 harmonic and 10 non-harmonic episodes
- continuous tremor with an amplitude of 0.5 to 1 mm, dominant at 0.5 mm.

The activity level remains at 3 / siaga, with a recommendation not to practice activities within a radius of 3 km around the crater.
Pyroclastic avalanche flows remain potential on Jontona village.