News from Etna and the Phlegraean Fields.

During the last week of May 2022, Etna presented Strombolian activity at the level of the southeast crater, sometimes accompanied by the formation of ash clouds, and the opening of several effusive vents along its length. 'an eruptive fracture that produce the development of lava flows in the Valle del Bove. Low fracturing seismic activity is noted, with high values ​​of volcanic tremor, sources of centroids in the SE crater area.
The INGV reports strong infrasonic activity at the SE Crater, especially on the days of May 23-25.
Analysis of ground deformations shows weak deflation in recent weeks.

The SO2 flux is at an average level. The soil CO2 flux shows medium to high values.
The partial pressure 05.10.2022 showed high values.
The thermal activity in the summit zone was of a high level in correspondence with the current effusive activity. 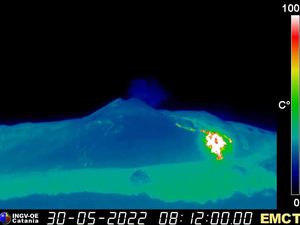 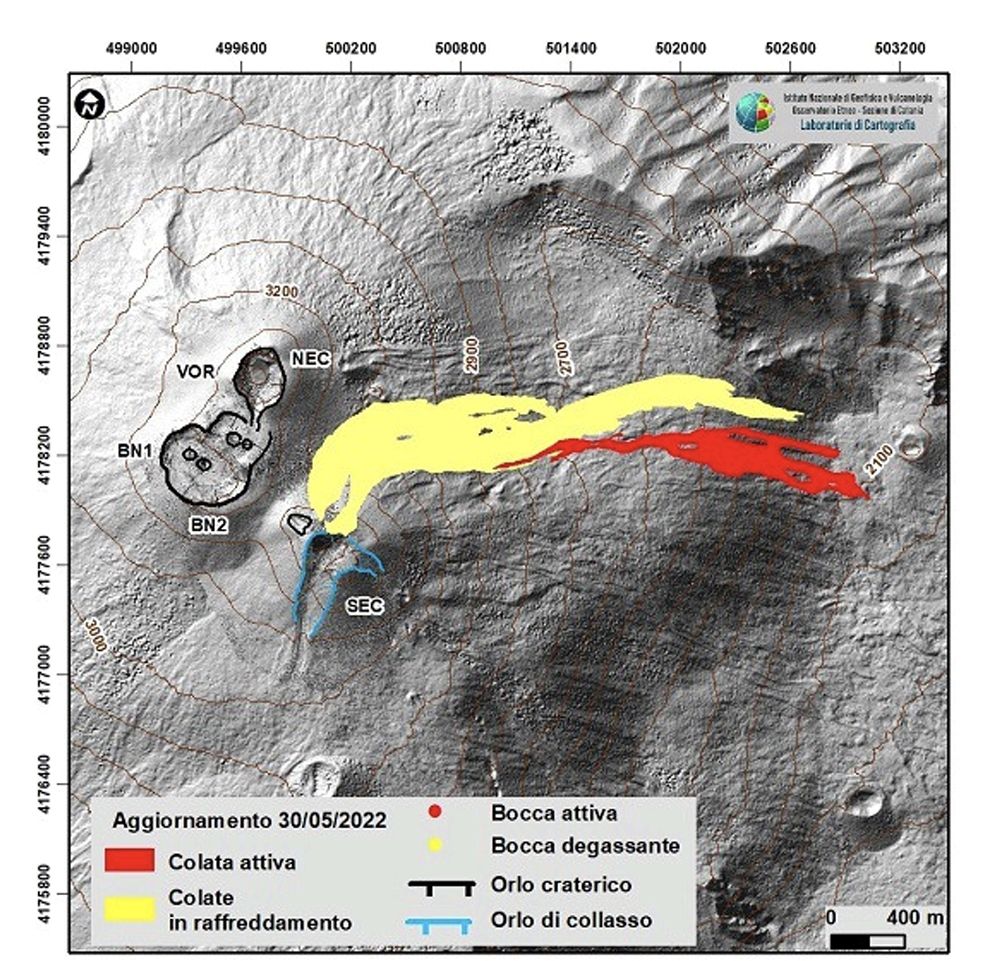 Etna - Shaded relief model of the summit area and preliminary flow map updated on May 30, 2022 at 12:30 p.m. Topographic base developed from Pléiades images of August 22, 2020 (AO Télédétection). Topographic update of the craters obtained from the photogrammetric processing of the images of the helicopter overflight of April 08, 2022. - Doc. INGV - one click to enlarge

The current eruption at the SEC is fed by a more evolved magma than that of February 2022, and therefore already residing in the magmatic "reservoir" which feeds the current activity of the CSE.

A survey by drone on May 30, made it possible to create a preliminary map of the lava field and the eruptive fissure with the two effusive mouths located at 2850 and 2730 m altitude, show that the most advanced face of the flow is located around an altitude of 2090 m. approximately above sea level.

The INGV Observatorio Vesuviano issued its weekly bulletin, from May 23 to 29, 2022, regarding the Phlegraean Fields.

During this week, 72 low energy earthquakes were recorded (Mdmax = 1.1 ± 0.3).
The average value of lifting speed in the maximum deformation zone from December 2021 is about 13 ± 2 mm/month. The lift recorded at the RITE GPS station is about 90.5 cm in January 2011.
The measured soil CO2 fluxes did not show any significant changes. The temperature sensor installed in a fumarole 5 meters from the main Pisciarelli fumarole showed an average value of ~95°C. 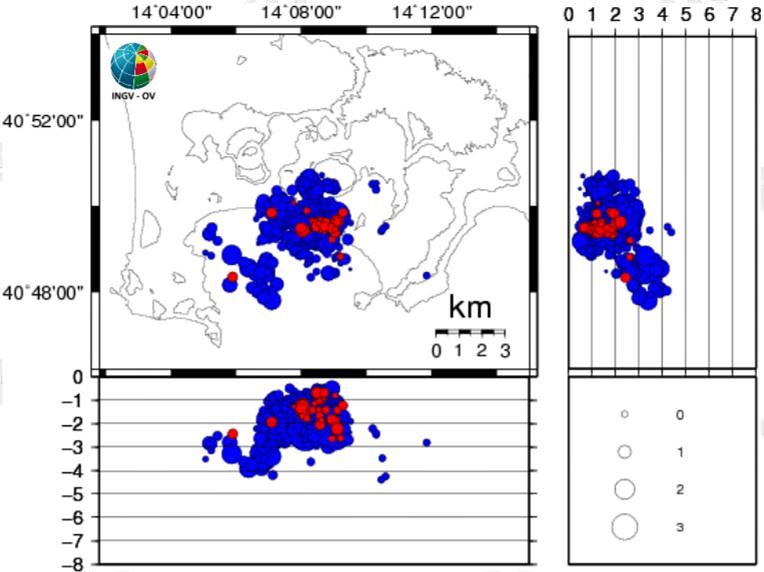 Bay of Naples – subsidence of Ischia (left) and Vesuvius (right) and in flatio of the Phlegraean fields (centre) – according to data from the Sentinel-1 / Copernicus satellite – speed in mm / year. - Doc. European Ground Motion Service - one click to enlarge