News from Vulcano, Stromboli, and the Long Valley Caldera. Vulcano - 2022.06.19 - Automatic recording of the CO2 flux emitted by the ground in the site located east of the fumarolic zone (VCS site). - Doctor. INGV OE - one click to enlarge

From June 6 to 9, 2022, the new geochemical monitoring Vulcano campaign was carried out, part of those periodically scheduled. All the other Sections involved in monitoring the disturbances at Vulcano, INGV-PA, INGV-OE, INGV-PI collaborated in the work of researchers from the Rome Section1.
Measurements of the diffuse flux of CO2 from the ground were repeated in the four target areas of Palizzi, Camping Sicilia, CS1 (W-NW of Camping Sicilia), Spiaggia di Levante and along the line that extends from Palizzi to the base of the cone of La Fossa, up to La Forgia Vecchia. A total of 501 measurements, on a total area of ​​approximately 240,000 m².

Between June 13 and 19, 2022, the temperatures of the crater fumaroles remain stable and high (up to 382°C), fumarolic emissions are present on the rim of the crater.
CO2 flux in the crater area: In the VCS site, the values ​​of the CO2 flux emitted by the ground are recorded in line with those of the previous week, equal to approximately 5000 g/m2/day (day June 20). CO2 fluxes at the base of the La Fossa cone and in the Vulcano Porto area: No significant change is observed, the CO2 fluxes recorded in the C. Sicilia and P4max sites continue to remain at medium-high values; at Rimessa there is a slight downward trend, at the Faraglione site the values ​​are stable at near-bottom levels.
SO2 flux in the crater area: SO2 flux at a high level; data updated on 06/12/22
The concentration of magmatic species (CO2, He, N2) is slightly decreasing (13 mol% CO2 on 05/30/2022).
The physico-chemical parameters of the thermal aquifers present stable values, without significant changes.
Reduction of local micro-seismicity, with low and medium-low values ​​of the event occurrence rate. Stromboli - The crater terrace seen by the thermal camera placed on Pizzo above the Fossa with the delimitation of the crater areas Zone Centre-Sud and Zone Nord (AREA N, AREA C-S respectively). Abbreviations and arrows indicate the names and locations of active vents, the area above the crater terrace is divided into three height ranges relating to the intensity of the explosions. - Doc INGV OE 19.06.2022 / 12:00

For the period from June 13 to 19, 2022 in Stromboli, the INGV OE reports the observation of normal explosive activity of the Strombolian type. The total hourly frequency of explosions fluctuated between low values ​​(2 events/h) and medium-low values ​​(9 events/h). The intensity of the explosions was low and medium in the area of ​​the North crater and low in the area of ​​the Center-South crater.

The California Volcano Observatory (CalVo) reports for the Long Valley volcanic region : Seventeen earthquakes equal to or greater than M1.0 were detected in the Long Valley caldera, the largest measuring M2.8.

Seven earthquakes measuring at least M1.0 have been detected south of the caldera in the Sierra Nevada range, with the largest measuring M1.8. 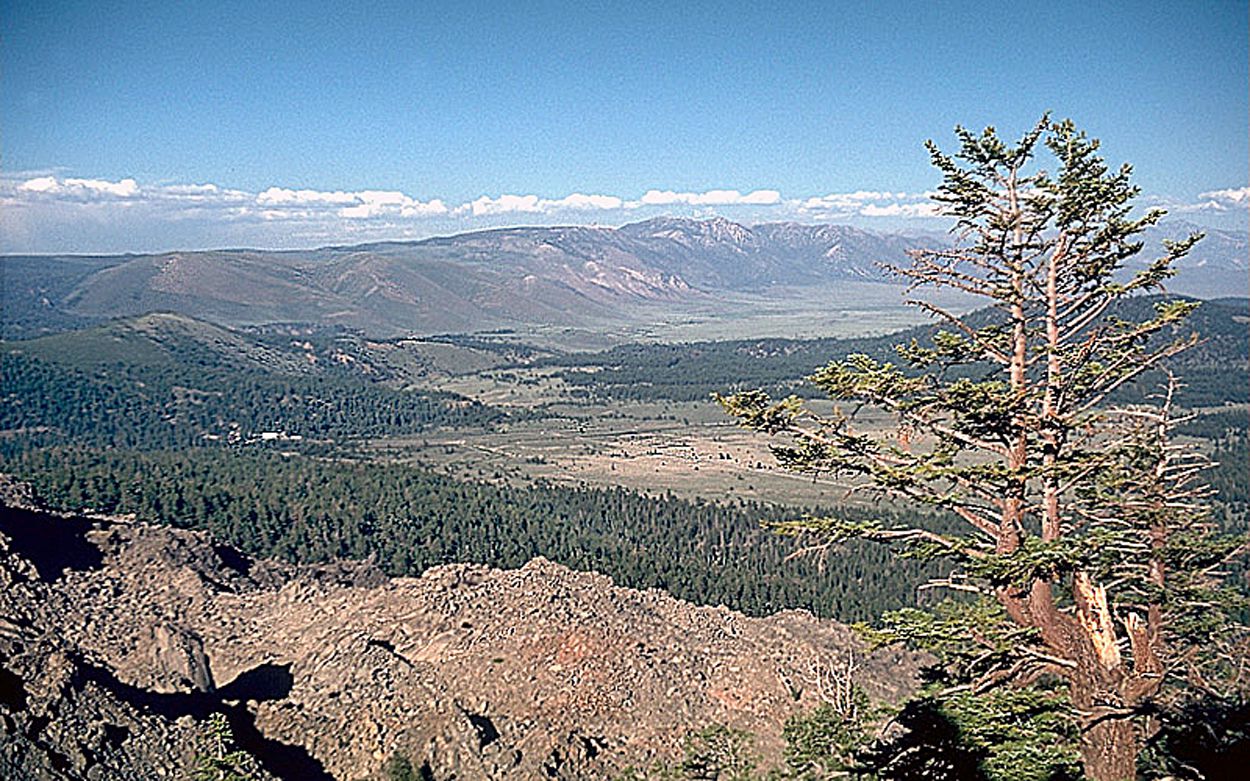