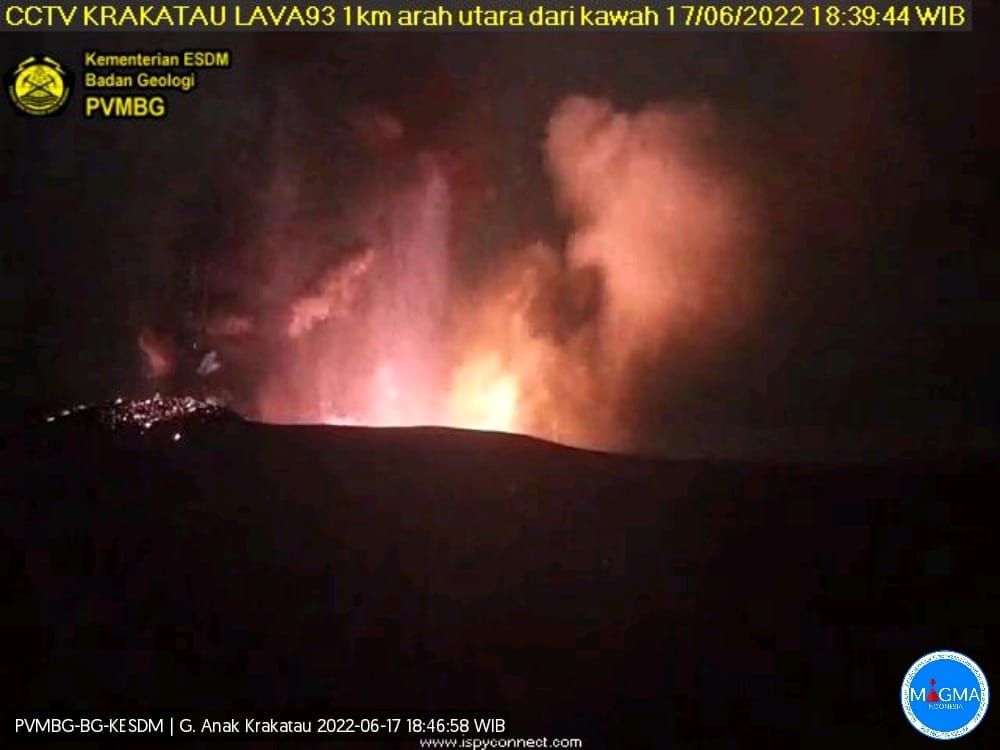 At Anak Krakatau, the seismicity of July 17, 2022 is characterized by:

The aviation code was set to orange by VAAC Darwin. 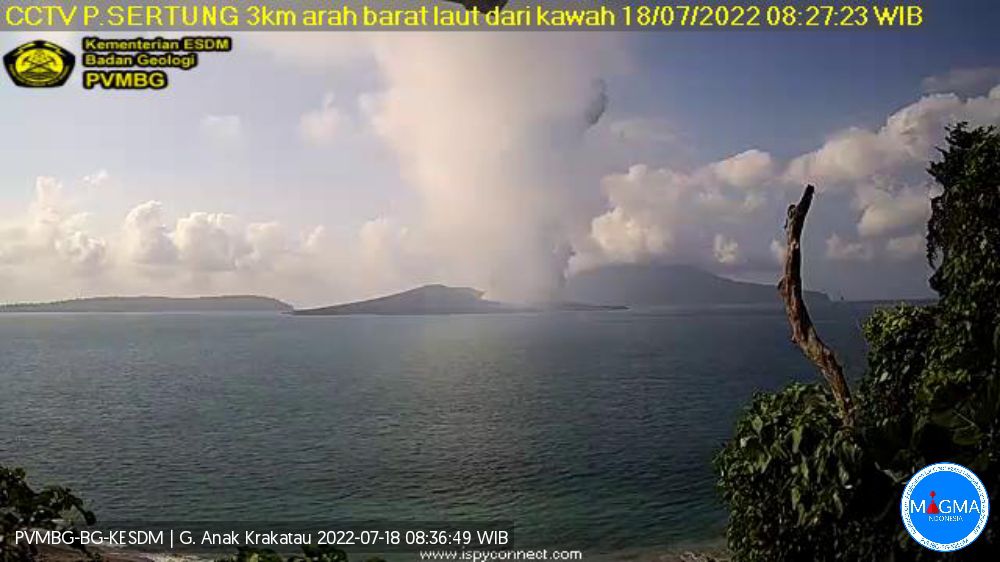 This Monday, July 18, 2022 at 08:26 WIB, an eruptive episode occurred, accompanied by the emission of gas and gray to black ash, observed at ± 2000 m above the summit (± 2157 m above the level of the sea) dissipating towards the southwest. This eruption was recorded on a seismograph with a maximum amplitude of 53 mm and a duration of 127 seconds.

Activity remains at Level III/siaga, with recommendations for communities/visitors/tourists/climbers not to approach Krakatau, nor engage in activities within 5 km of the active crater. Seismic activity shows no change. The deformation is maintained with a tendency to shrink. Satellites have not detected SO2 in the atmosphere since June 25. 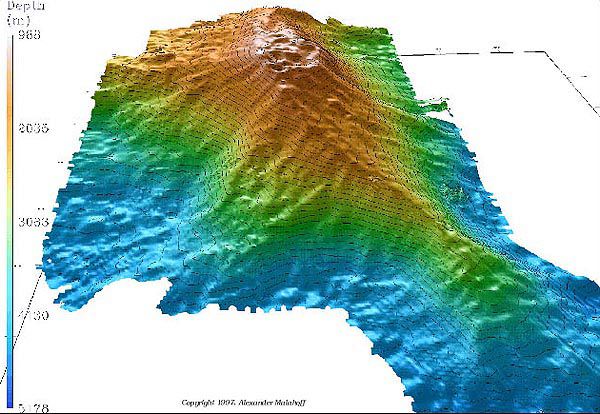 Increased seismic activity beneath Kamaʻehuakanaloa (Lōʻihi) Seamount, south of the island of Hawaii, began around 2:00 a.m. HST on July 16, 2022. Hawaii Volcano Observatory US Geological Survey detected a seismic tremor marked by pulses of seismic energy every 15-20 seconds, which is still ongoing at the time of this publication.

According to HVO scientist in charge Ken Hon, this seismic activity is likely the result of magma movement beneath the Kamaʻehuakanaloa seamount and currently shows no signs of an eruption.

The volcanic alert level and the aviation code remain "Unassigned" The seismicity is significant, despite a recording halved by technical problems: 753 explosion earthquakes, 8 LP earthquakes and 15 emission tremors.

Gas and ash emissions were observed up to 1,000 meters above the level of the crater, then in a northwesterly direction.

FIRMS recorded 16 thermal anomalies, MIROVA reported 1 high (232 MW) and 2 moderate thermal anomalies, over the past 24 hours.
Observation: From ECU-911 images, descent of incandescent material was observed along the southeast flank.

Emissions of gas and ash were observed up to 1000 meters above the level of the crater in a west-southwest direction.
The FIRMS system records 18 thermal alerts and MIROVA records 1 high thermal alert (108 MV) in the last 24 hours.