The monitoring parameters of the seismic and acoustic stations around the Fuego volcano show an increase which translates into greater degassing and incandescence observed in the crater, since the early hours of July 28.

This beautiful activity is reported by our friend Pippo Scarpinati, from Finca Montserrat, about 4 km away as the crow flies on July 28 between 3 and 7 am. It has been gradually observed that low sounds similar to those of a train locomotive machine predominate for periods longer than 30 minutes. This increase allowed the formation of a lava flow of about 300 meters in length towards the Ceniza ravine, constantly causing avalanches of moderate characteristics in the same direction. These could cover distances close to 2 km long, with the probability of reaching the top of the hill known as "El Cucurucho".

Curtains of ash several tens of meters high can be generated from said ravine and then be dispersed over several kilometers by the wind, which would favor the constant fall of fine ash in the communes of the south-west, south and south flank. -is. this activity continues to increase and is generating new lava flows in other directions, violent ash-laden explosions, and moderate to strong avalanches to more ravines, such as Santa Teresa and Las Lajas. 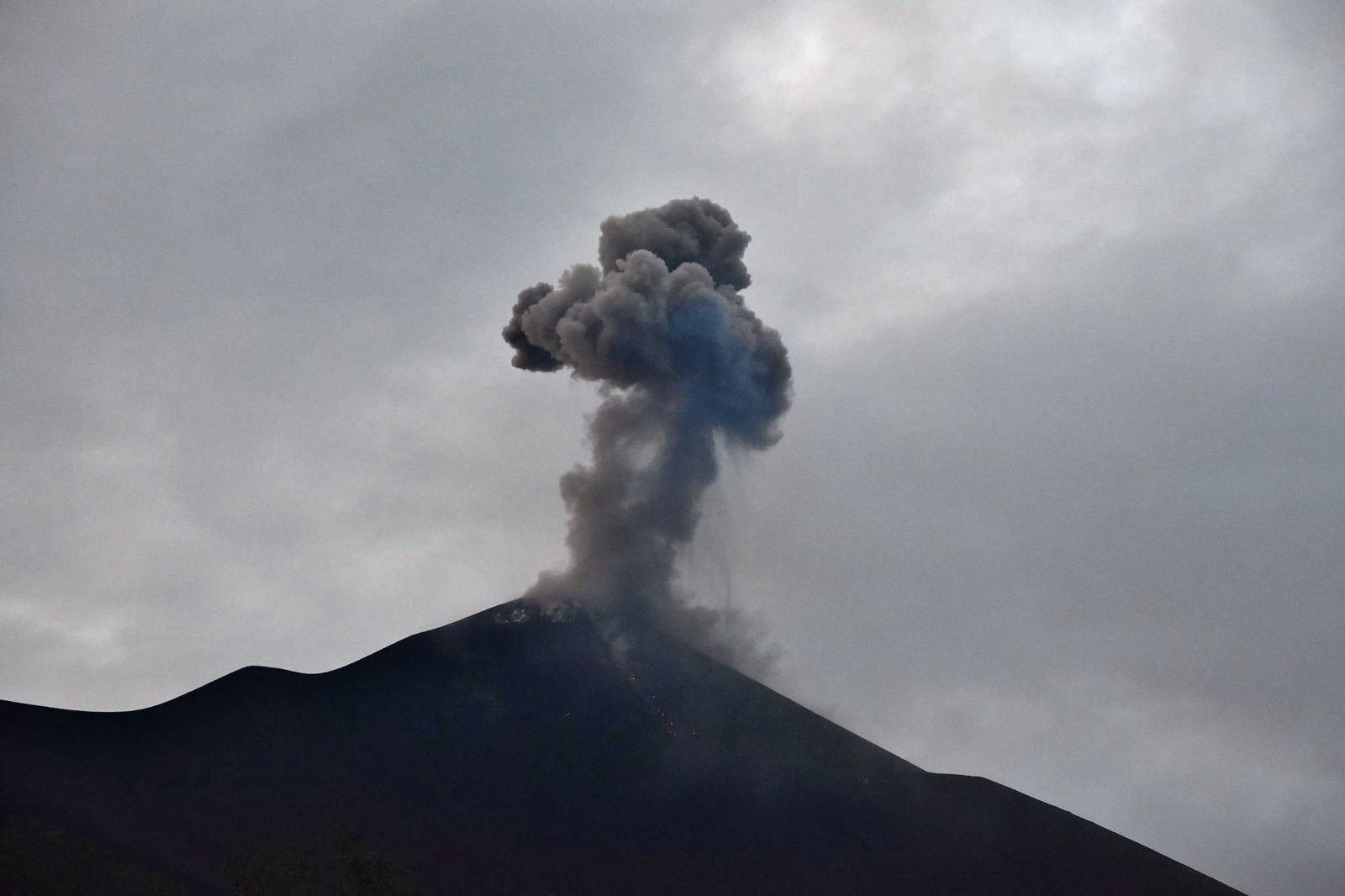 Fuego - 28.07.2022 - explosion and rolling of incandescent blocks at daybreak - photo © Pippo Scarpinati - one click to enlarge

The length of the flow reached 700 meters on July 29, generating strong avalanches towards the barranca Ceniza, and a plume of up to 4,800 m. asl.

Sources: Special bulletin #063-2022, daily bulletin of 29.07 & thanks for sharing this photos by Pippo Scarpinati 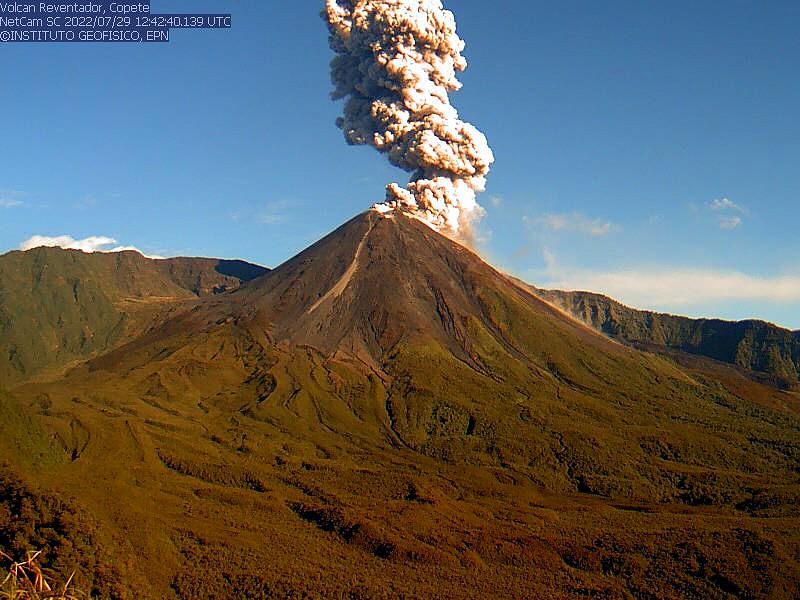 At Reventador, in Ecuador, the IGEPN reports moderate surface and internal activity levels, however on the rise on the surface for July 29 / 11 a.m.

In the morning, several gas emissions with ash were recorded with heights up to 1,000 meters in a northwest direction, in addition the Washington VAAC reported an emission of 688 m above the level of the le summit in a westerly direction.

FIRMS recorded 7 thermal alerts at Reventador in the last 24 hours while MIROVA recorded 2 alerts, respectively of 34 and 37 MW.

During the night, an incandescence could be observed in the crater and a rolling of blocks 500 meters below the level of the summit. A new lava pulse is emitted from the northeast flank of the volcano. At Karymsky, moderate explosive activity was reported by KVERT on July 29 with an ash plume at 3,500-4,000 m. drifting 43 km to the southeast of the volcano.

This activity, which continues, could generate ash explosions at more than 12,000 m. asl at any time and affect air traffic.