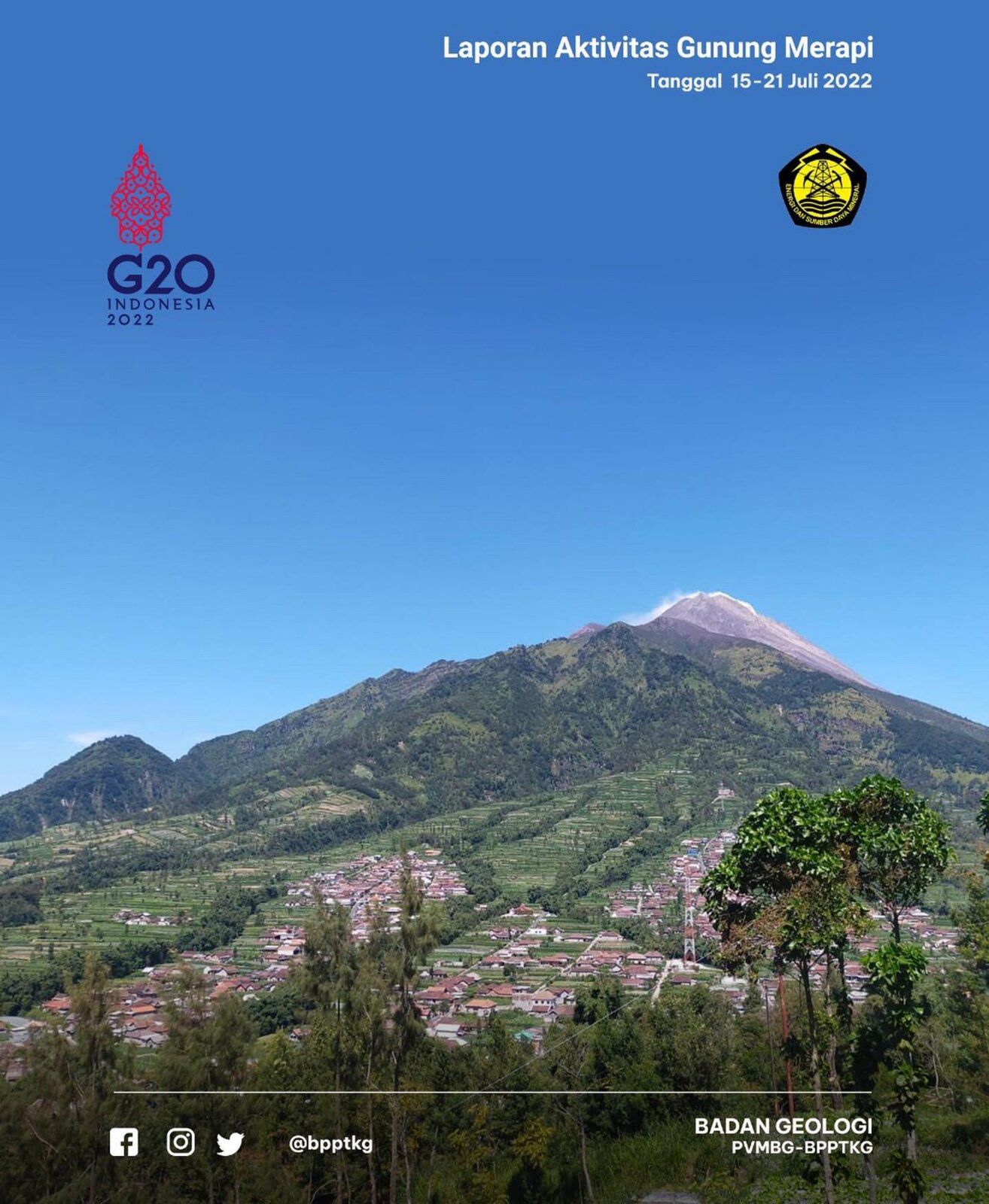 This week at Merapi, 22 lava avalanches were observed in the southwest, dominant up to the Bebeng River with a maximum slip distance of 1,800 m.

At the southwest dome, there is no change in the height of the dome. For the middle dome, no significant morphological change was observed.

The intensity of the earthquakes this week is still quite high. Mount Merapi's deformation that was monitored using EDM this week showed no significant changes. On the day of July 21, the plume from the main crater of Ibu is white and gray, with fine, medium to thick intensity, about 200-800 meters from the summit.

The PVMBG reports on Thursday July 21, 2022 at 6:18 p.m. WIT with the height of the ash column observed at ± 800 m above the peak (± 2125 m above sea level). It is observed that the ash column is white to gray with a thick intensity towards the west. This eruption was recorded on a seismograph with a maximum amplitude of 26 mm and a duration of 71 seconds

The activity level remains at 2/waspada, with an orange aviation code, with the recommendations not to travel within 2.0 km and the sector expansion is 3.5 km towards the opening of the crater in the northern part of the active crater of Mount Ibu. The JMA informs us of the activity status of Sakurajima from July 18 to July 22 15:00.
large volcanic bombs and debris are observed scattered over 1 km of Mount Takeyama crater and Showa crater
An eruption with pyroclastic flow may occur.

At Sakurajima, the inclinometer and the extensometer installed on the island from approximately 09:00 on the 18
records slight crustal movements indicating the expansion of the mountains. From about 3 p.m. on the 20th, the change has stagnated, but the mountain body is still inflated.

At the Minamidake summit crater, a very small eruption has occasionally occurred.

In continuous GNSS observation, from about October last year (2021), in the Caldera Aira, the extension of the baseline indicating the expansion of the deep basement (in the inner part of the bay of Kagoshima) was observed.
However, the situation has been stagnating since around March.

In Sakurajima, the magma is long-lived in the deep basement of Aira Caldera (inner part of Kagoshima Bay).

(subject to an exact translation)