The Fuego and the Acatenango, rarely photographed from this point of view - doc. Conred 07.2022 - one click to enlarge

The OVFGO, observatory of the Fuego volcano, reports a weak white fumarole at a height of 4,500 meters above sea level which disperses in a west and southwest direction, as well as 5 to 8 explosions per hour of weak and moderate characteristics: these explosions generate a column of gas and ash from a height of 4,500 to 4,900 meters above sea level which spreads to the west and southwest of the volcano at a distance of 15 kilometers, and are accompanied by weak and moderate rumblings with a weak shock wave.

At night and early in the morning, an incandescent pulse was observed 200 meters above the crater. Weak and moderate avalanches are also recorded around the crater and towards the ravines of Ceniza, Taniluyá, Santa Teresa, Honda and Las Lajas. A locomotive noise lasting 1 to 3 minutes is reported. Ash falls are reported at Panimaché I, Panimaché II, Morelia, Santa Sofía, Finca Palo Verde, Sangre de Cristo and others in that direction.

A lava flow is reported in the direction of the Ceniza ravine with a length of 100 meters, avalanches originate at the front of this flow. KVERT reported that moderate activity at Ebeko was ongoing. A thermal anomaly over the volcano was identified in satellite images on June 23. According to volcanologists from Severo-Kurilsk (Paramushir Island, about 7 km to the E), the explosions generated ash plumes that rose up to 3.5 km (11,500 ft) above the sea ​​level. and drifted NW, NE and SE on June 24, 25 and 30.

On July 3, Moderate eruptive activity of the volcano continues. According to visual data from Severo-Kurilsk volcanologists, an explosion sent ash up to 3.0 km a.s.l., an ash cloud drifted east from the volcano.

According to visual data from Severo-Kurilsk volcanologists, an explosion sent ash up to 1.8 km a.s.l., an ash cloud drifted southeast from the volcano on July 7.

A moderate eruptive activity of the volcano continues. Ash explosions up to 6 km above sea level could occur at any time. Ongoing activity could affect low-flying aircraft and Severo-Kurilsk airport. 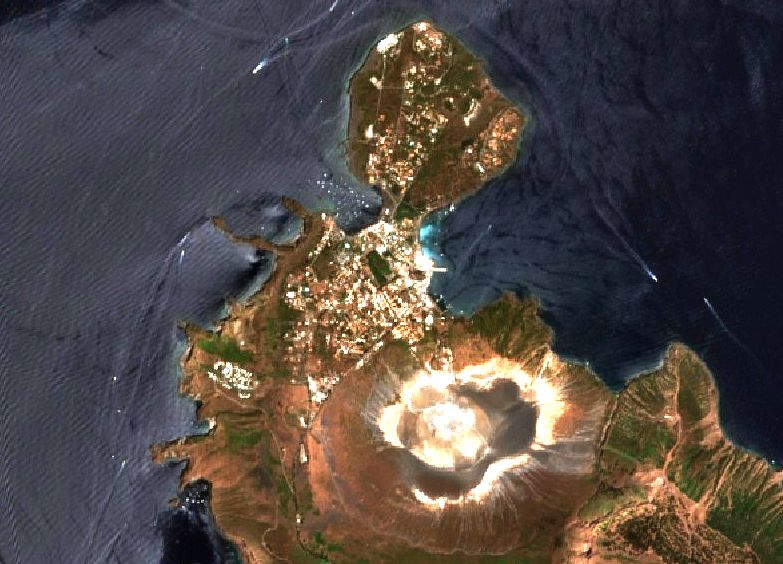 Vulcano / La Fossa and discoloration of the waters between Porto Levante and Vulcanello - Sentinel-2 image 30.06.2022 - click to enlarge

At Vulcano, between June 27 and July 3, 2022, the temperatures of the fumaroles at the edge of the crater remain stable at high values.
During the last week, CO2 fluxes in the summit area have been maintained at constant values, around 9017 g/m2/g.
The SO2 flux in the crater area remains at a medium-high level, and decreasing
The CO2 fluxes at the base of the La Fossa cone and in the Vulcano Porto area, recorded in the C. Sicilia, Rimessa and P4max sites continue to show higher values ​​in the background, while in the site Faraglione, values ​​close to the bottom are recorded.
Geochemistry of thermal aquifers: The level values ​​measured in the Bambara well do not show any significant changes. Conductivity values ​​remain constant at medium-high levels.
Local seismicity: low seismic activity both for high frequency events and for VLPs
Regional seismicity: No regional seismic activity.
The network of GNSS stations and the clinometric network did not register any significant changes. 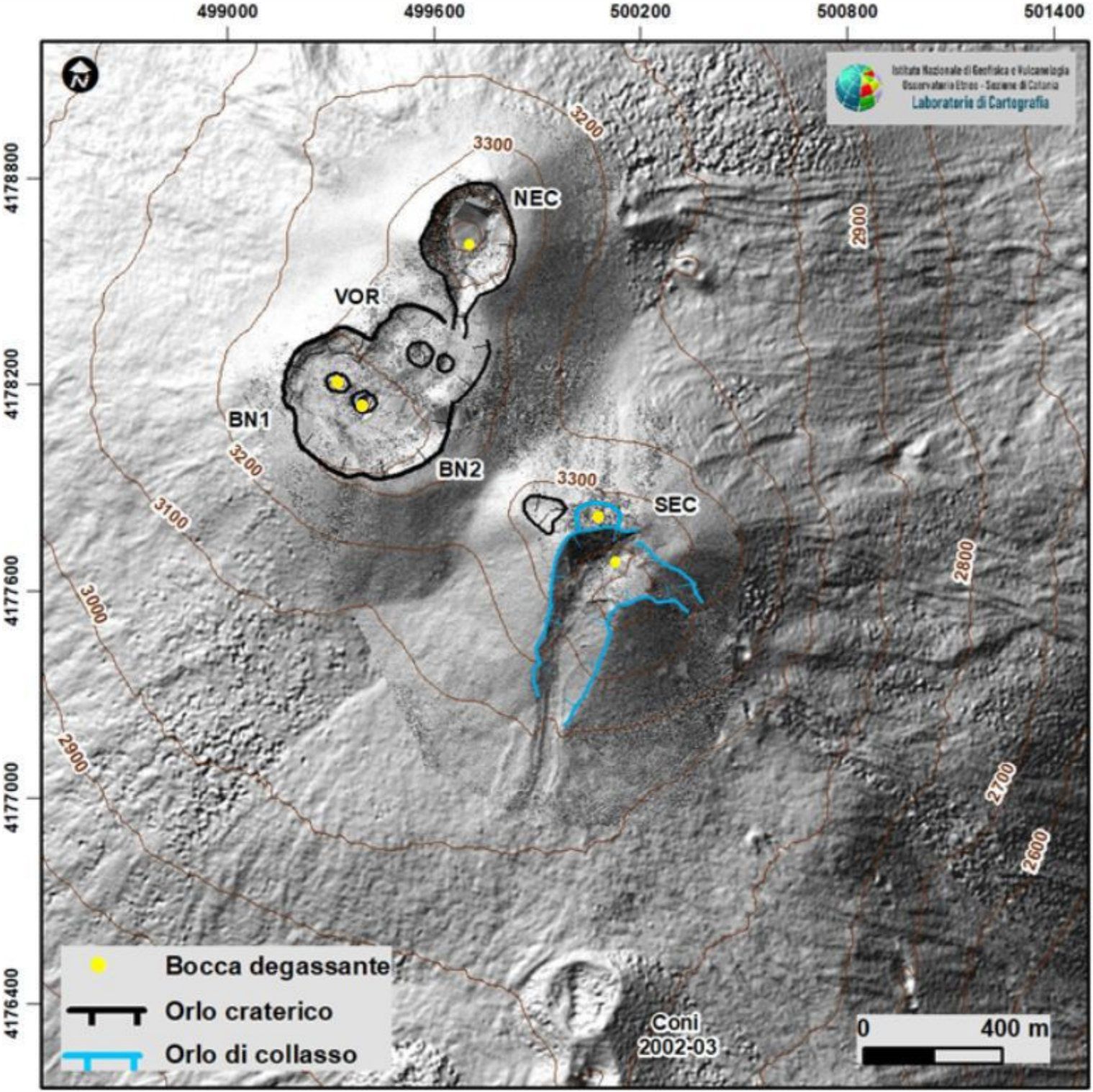 At Etna, between June 27 and July 3, 2022, the INGV OE reports degassing activity from the summit craters.
Low fracturing seismic activity is observed, and the tremor amplitude remains at medium-high levels.
Infrasound activity is fluctuating, with sources concentrated near Bocca Buova
GNSS data shows a recovery in inflation.
The flux of SO2 at an average level
The flux of CO2 from the ground is at low average values.
The partial pressure of dissolved CO2 in the aquifer shows values ​​in seasonal variability. The latest He data refer to the date of 06/23/2022 and are at medium-high values.
The thermal activity in the summit area was high level in correspondence with the effusive activity which ended on June 16th. In the following days, especially last week, the level was low.