A new eruption began on August 3, 2022 around 1 p.m. in the Reykjanes peninsula: a fissure, oriented northeast, opened about 3 km from Langihryggur, on the southwestern slopes of Mt. Meradalahnjúkur, dominating the valley of Meradalur.

In a press release by Kristin Jónsdóttir of the IMO, she specified that according to the first estimates, the eruption emits more lava and gas than the previous one in 2021, and that there is no immediate danger for population.

The first emotions passed, some vents of the eruptive fissure have died out, and the stabilization of the eruption will be done on some eruptive vents. The first lifts will be followed by establishment of spatter cones. Meradalur - 03.08.2022 / around 1.15 p.m. - lava fountains on the fissure and extension of the lava field; it will be interesting to observe how the new lava will cover the old ones - click to enlarge

An overflight, thanks to the helicopter of the Coast Guards, allowed the scientists to control the exact situation of the crack and its evolution.

The average lava flow during the first hours is estimated at 32 m³ per second (4 to 5 x more than at the start of the 2021 eruption).

Aerial photos from the Fisfélag TF-204 aircraft with a Hasselblad from the Institute of Natural History, allowed measurements after three and a half hours of activity: the new lava field measures 74,000 m² in Meradalur, which is not had not been completely filled by lava from the previous eruption, for an average thickness of 5.9 meters and an estimated volume of 0.43 million cubic meters. 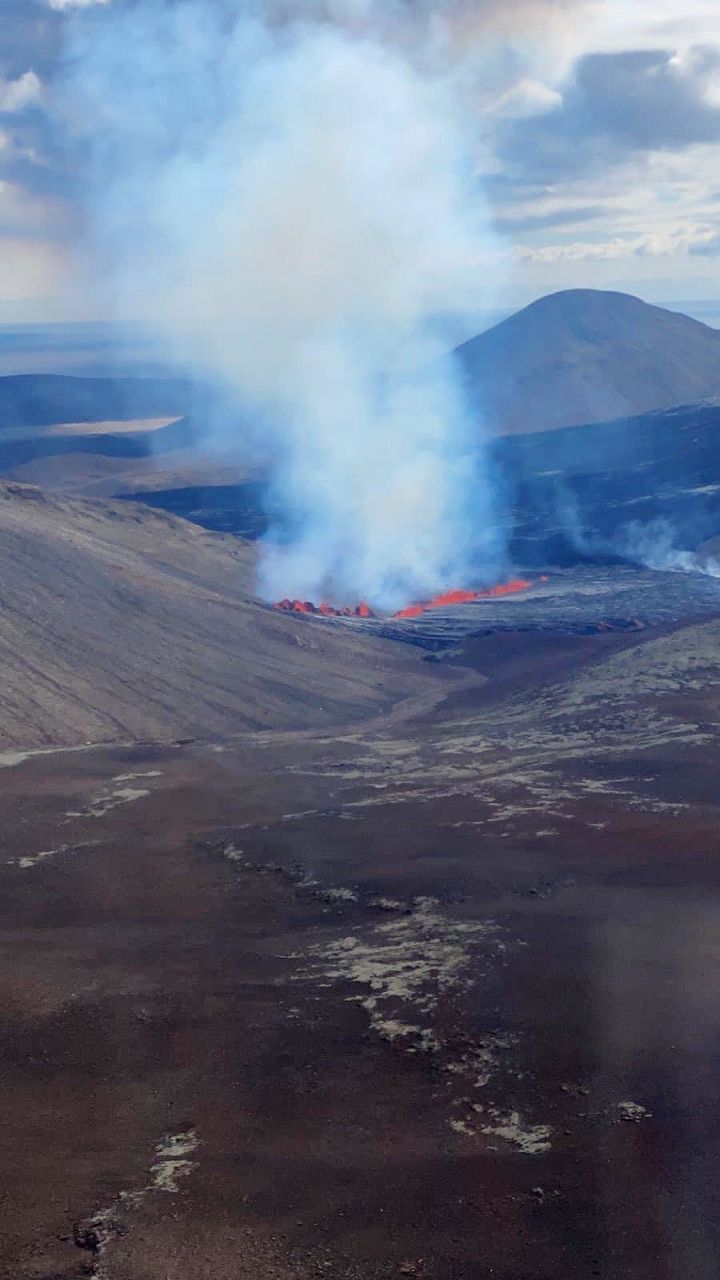 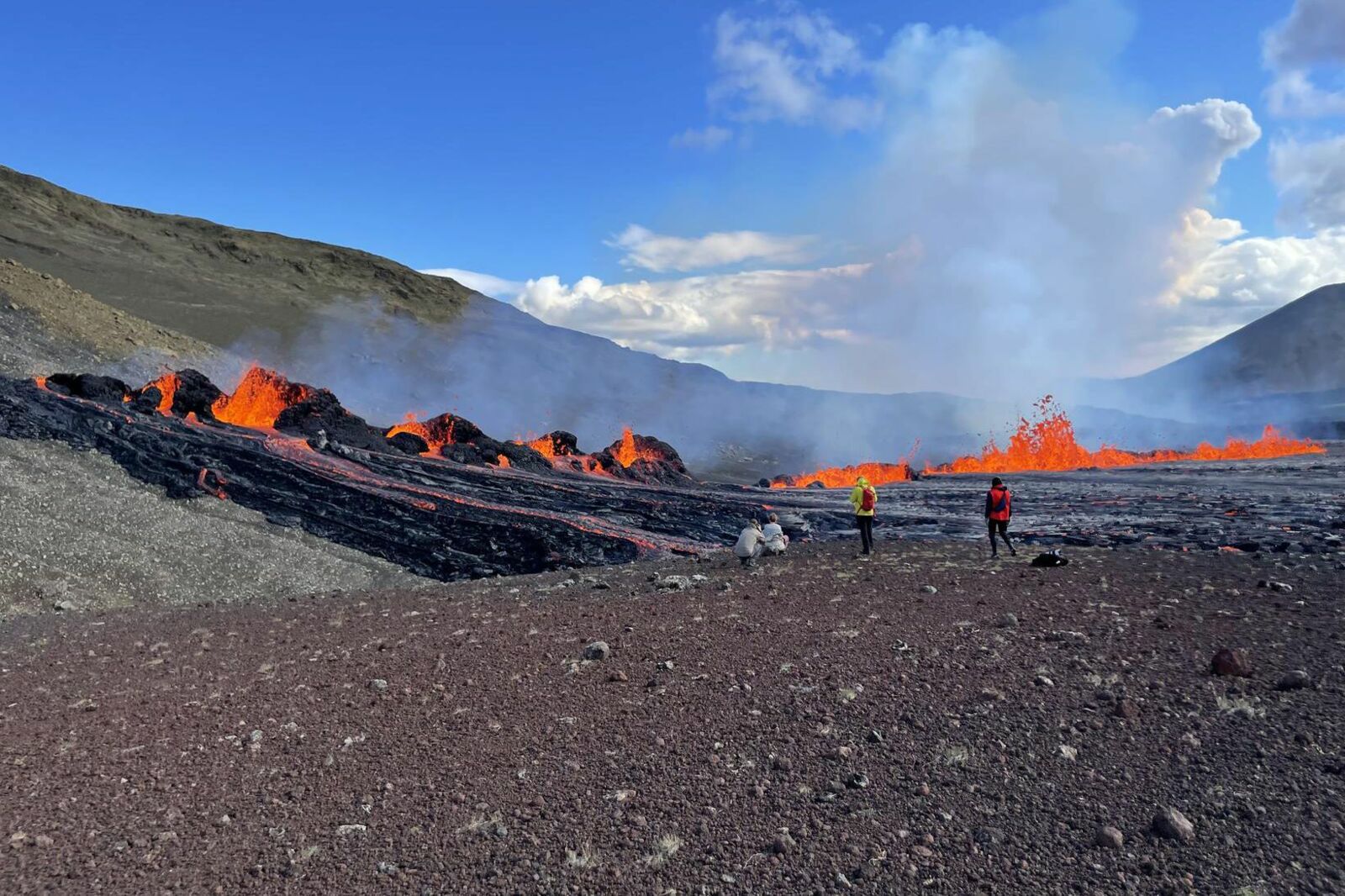 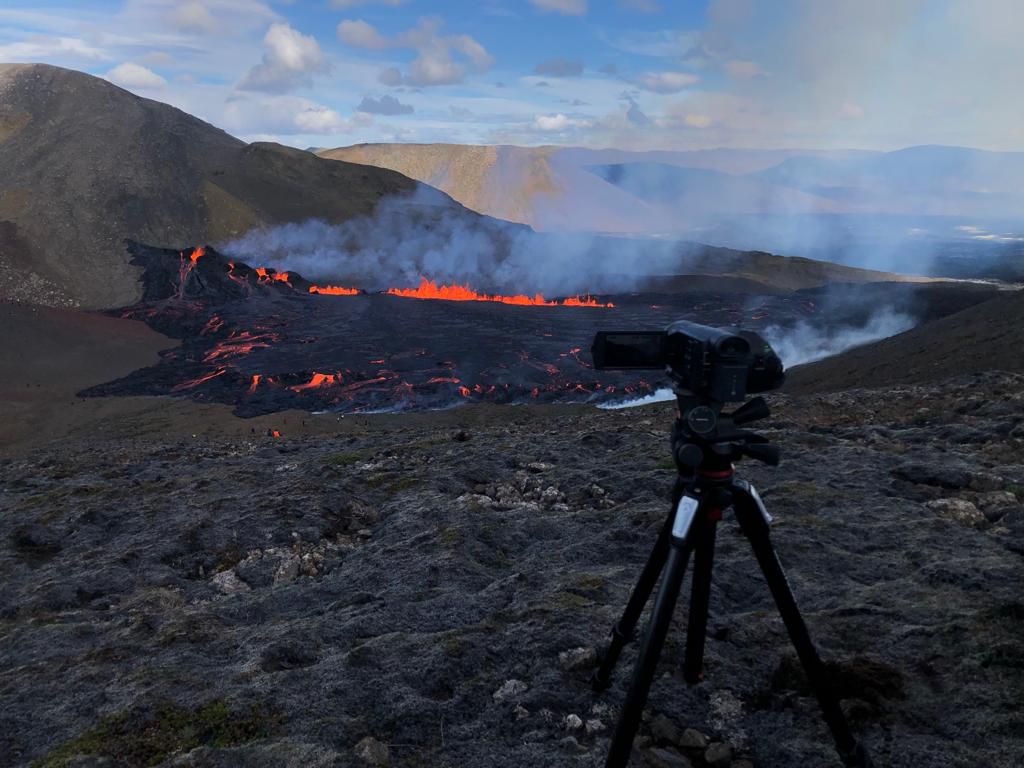 At nightfall, the spectacle was pleasant for authorized observers, who share these images.