This week, 13 lava avalanches were observed at Merapi, in a dominant southwest direction towards the Bebeng River with a maximum slip distance of 2,000 m.
A growth of the southwest dome is observed, the volume of the dome is calculated at 1,624,000 m³. As for the central dome, it is estimated at 2,772,000 m³.
The intensity of the earthquakes is still quite high this week. Many VT earthquakes indicate magmatic activity at a depth of >1.5 km from the summit. Mount Merapi's deformation, which was monitored using EDM this week, showed a distance shortening rate of 0.4 cm/day. The earthquake swarm linked to the island of Taʻū, Samoa, continues without significant change in the past 24 hours.

Data shows that the earthquake swarm is occurring in a fixed position, but the precise location has been difficult to determine. Preliminary estimates include a narrow band of possible locations from about 30 km (19 mi) below the north central coast of Taʻū Island to an area about 5 km (3 mi) below the ocean surface 20 km (13 mi) north of Taʻū Island. Seismologists continue to review data and refine locations.

In the past 24 hours, the USGS Seismic Network has detected 21 earthquakes large enough to be felt by residents of the Manuʻa Islands. The largest event on September 2 was a magnitude of 3.4. Numerous small earthquakes undetectable by humans also continue. The American Samoa Emergency Operations Center continues to receive reports of felt earthquakes and booming noises.

No volcanic activity was observed in available satellite data for the previous 24 hours. 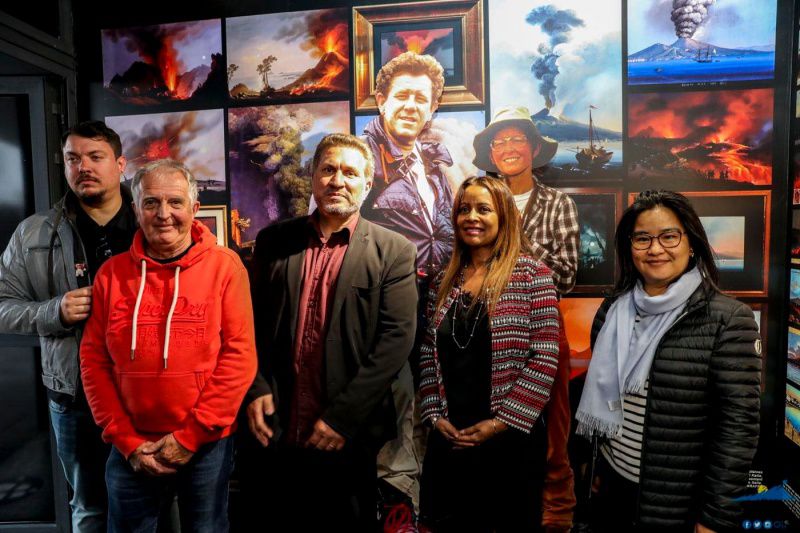 An exhibition to be discovered at the Cité du Volcan, on the island of Reunion, to live or relive a passion of Maurice and Katia Krafft in the conquest of knowledge of the volcanoes of our world, and carried away in 1991 by a fiery cloud of the eruption of Mount Unzen in Japan.

The designers and directors of this exhibition, which aims to be immersive, lift the veil in an article on Imazpress.