A small activity is visible at Nishinoshima in the Ogasawara Islands, noticeable in Sentinel-2 L2A imagery, with a white plume spreading tens of kilometers to the west and gassy discolored waters. 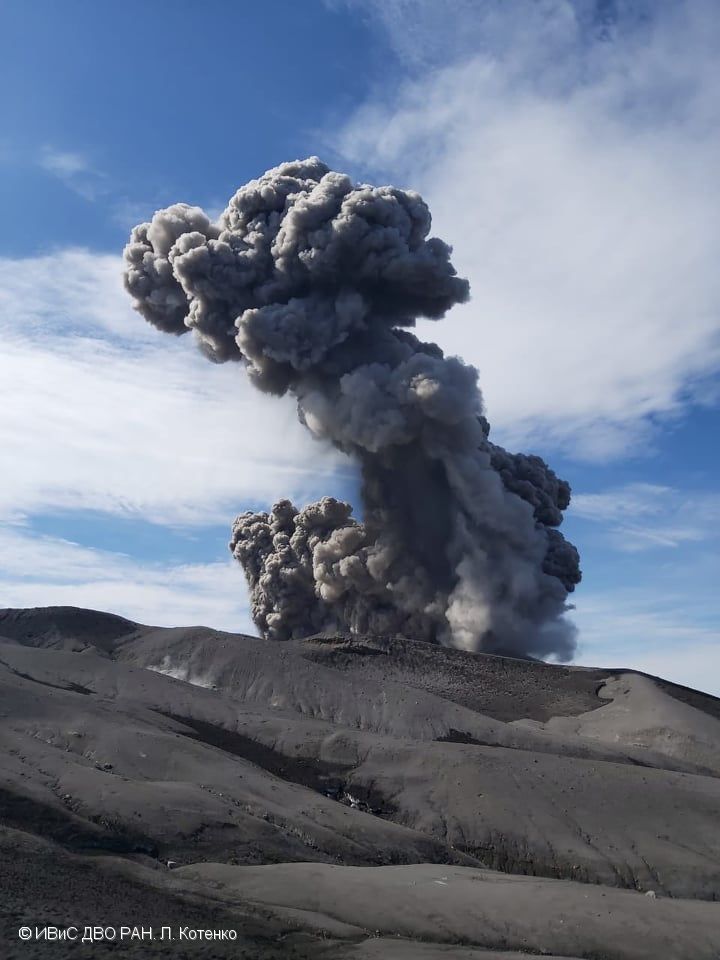 A moderate eruptive activity continues at Ebeko, in the Kuriles, on September 28. According to visual data from Severo-Kurilsk volcanologists, explosions sent ash up to 1.9 km a.s.l., ash cloud drifts east from volcano; an ash fall is observed in Severo-Kurilsk.

Ash explosions up to 6 km above sea level could occur at any time. Ongoing activity could affect low-flying aircraft and Severo-Kurilsk airport. The aviation color code remains Orange. At Piton de La Fournaise, the amplitude of the eruptive tremor (indicator of surface lava emission) has remained generally stable over the past 24 hours. It is however, slightly increasing on September 28, 2022, compared to the previous days, to around 25% of its initial amplitude.

The resumption of a slight inflation (swelling) of the entire volcano (summit and enclosure) is confirmed. Lava flow estimates established by satellite method on the HOTVOLC (OPGC - Clermont Auvergne University) and MIROVA (University of Turin) platforms indicate an average flow over the last 24 hours that is relatively stable and low around 3.5 m³/s with a peak maximum rated at 7 m³/s. The analyzes of sentinel-1 and ALOS satellite images carried out by the ISDeform platform show that:
- The positions of the fronts of the various flow arms have not changed since September 20, 23:56 local time (19:56 UTC),
- The contour of the lava flows did not change significantly between September 20 and 23,
- On the other hand, between September 23 and 27, the two main arms (east and south-east) widened. (image Sentinel-1, below) Hawaii Volcano Observatory staff replaced the Mauna Loa Sulfur Cone gas measuring station in the Southwest Rift Zone. The gas monitoring site is at an altitude of 3,430 meters (11,240 feet) above sea level.
The MultiGas station is one of many the HVO has deployed on the island of Hawai'i. The stations measure volcanic gases (sulphur dioxide, hydrogen sulphide, carbon dioxide and water vapour), fumarole temperature and meteorological parameters. The data is tele-measured at HVO, where scientists can view it remotely. The monitoring of the ratio of the various gases emitted provides information on the agitated behavior of this volcano.
When it was named in 1921, Sulfur Cone was notable for the abundance of sulfur crystals that covered it and the surrounding area, the result of extensive outgassing from a fissure downstream of Mauna Loa's summit. But a later visit noted that molten sulfur had flowed down the side of the cinder and spatter cone and remnants of this yellow flow can be seen on the side of the cone. 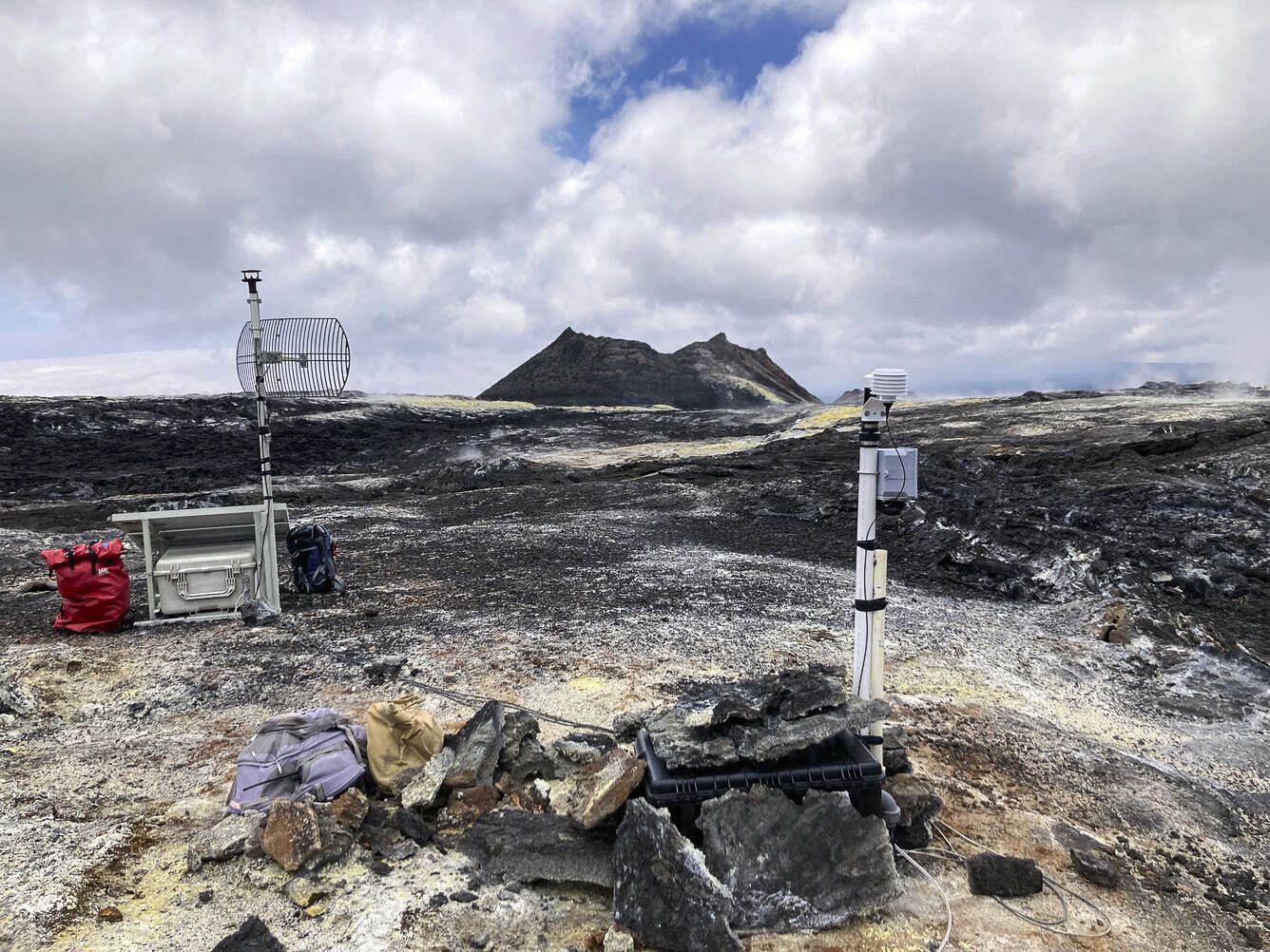