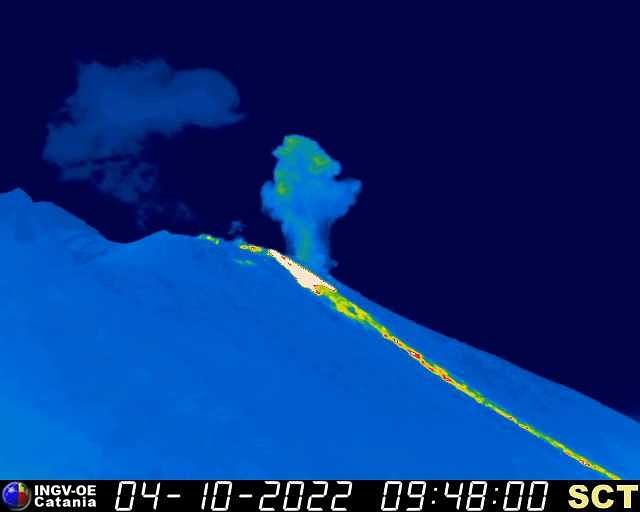 As of 09:07 UTC on October 4, 2022, a new overflow of lava from the North crater of Stromboli was observed, which overlaps the previous one dating from October 3.

This overflow caused the lava material to roll along the Sciara del Fuoco and the front of the flow currently remains confined to the upper part of the Sciara.

In addition, a slight increase in the frequency of explosive activity and splashing is observed. From the seismic point of view, there is no significant variation in the amplitude of the volcanic tremor. The signals from the GNSS network do not show any significant variations. Tilt signals from Timpone Del Fuoco station over the past few hours show a slight change in trend. The status of activities on Satsuma Iwo Jima, Ogasawara Islands, from September 26 to October 3 at 3:00 p.m., regarding the Ioto volcano is published by the JMA.

At Iodake Crater, a white volcanic plume rises over 1000m above the crater rim.
At night, an incandescence was observed with a high-sensitivity surveillance camera.

No volcanic earthquake or deformation is reported... to be continued. 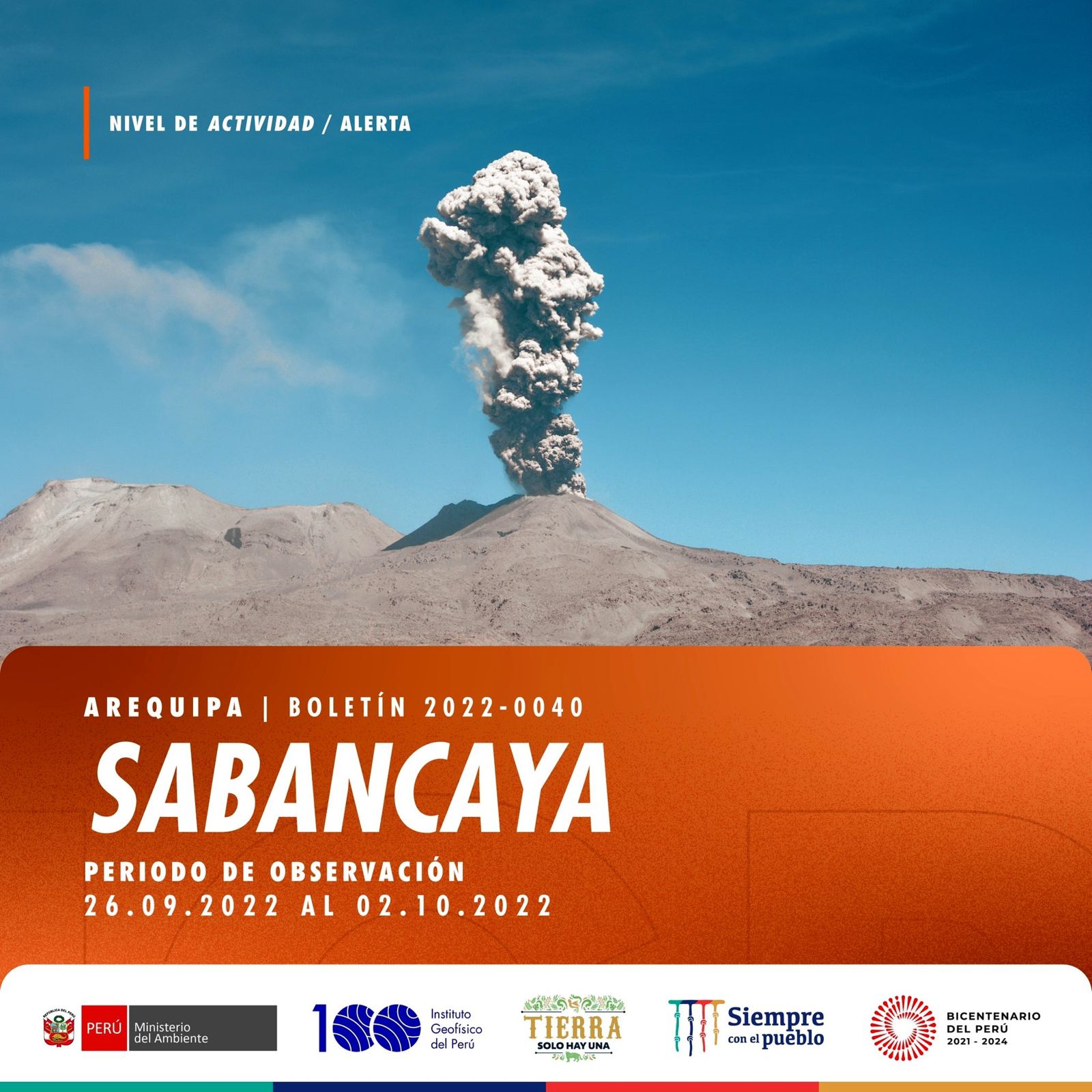 Between September 26 and October 2, the eruptive activity of Sabancaya, Peru, remained at moderate levels, with an average of 46 daily explosions, accompanied by plumes of gas and ash reaching up to 3,000 meters above sea level. above the top.

During this period, the I.G.Peru detected 387 earthquakes of volcanic origin associated with the circulation of internal magmatic fluids, and VT earthquakes related to rock fracturing.

No significant deformation anomalies; nine thermal anomalies, VRP max. 40 Mw, are associated with the presence of a dome on the surface of the crater.

The alert level is maintained in naranja, as is the non-accessible zone of 12 km radius The eruption started on 09/19/2022 around 07:48 local time at Piton de La Fournaise continues. The amplitude of the eruptive tremor (indicator of an emission of lava and gas on the surface) has slightly decreased over the past 24 hours.

During the day of October 3, 64 volcano-tectonic earthquakes were recorded directly above the summit area.

Data from the permanent GNSS stations of the OVPF-IPGP show signals associated with deflation (deflation) of the building. 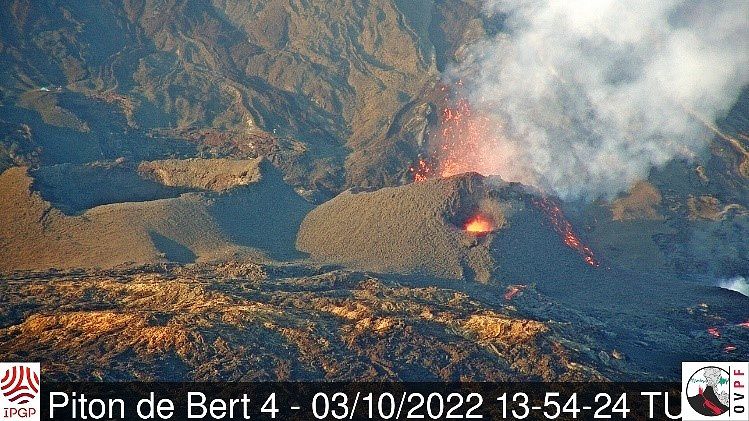 Images from the OVPF-IPGP webcam located at Piton de Bert show that :

- a lava projection activity in decrease compared to the previous days, remaining however important at the level of the eruptive vent;

- the secondary vent, located on the southern flank of the cone, which remains weakly active;

- significant degassing which persists at the level of the eruptive site;

The Sentinel-2 satellite images (©ESA-COPERNICUS) of October 3 made it possible to locate the front of the southern casting arm at an altitude of 1800 m, or about 1.5 km northwest of the Nez coupé du Tremblet. The lava flow estimates established by satellite method on the HOTVOLC (OPGC - Clermont Auvergne University) and MIROVA (University of Turin) platforms indicate a decreasing average flow over the last 24 hours evaluated on average at 10 m3/s (between 4 and 20 m3/s depending on the method) with a peak recorded at 27 m3/S. Over the last 2 days, the estimated lava flows are slightly decreasing in accordance with the decrease in the observed tremor. As lava flow activity is now partly tunnelled, these estimates are minimum values.

No more lava projections are visible on the surface.