The eruption of Piton de La Fournaise, which began on 09/19/2022 around 07:48 local time, continues. The amplitude of the eruptive tremor (indicator of surface lava emission) has been increasing since 9:40 p.m. local time on September 29, 2022 (5:40 p.m. UTC). This intensification is most certainly linked to an increase in pressure within the eruptive cone which led to the widening of the opening of the main mouth yesterday. The activity at the level of the secondary mouth (south of the main cone) mentioned in yesterday's press release has greatly decreased. Piton de La Fournaise - Evolution of the RSAM (indicator of a surface lava emission) since 09/19/2022 00:00 UTC time (04:00 local time) on the RVA seismological station located at the level of the Rivals crater (© OVPF/IPGP )

Three volcano-tectonic earthquakes have been recorded directly above the summit area over the past 24 hours.

The resumption of slight inflation (swelling) over the entire volcano (summit and enclosure) is confirmed but remains of very low intensity for the moment (< 1 cm).

Images from the OVPF-IPGP webcam located at Piton de Bert show that the greater lava projection activity observed yesterday at the eruptive site is continuing. On the other hand, the secondary eruptive mouth mentioned in the previous press release, gradually ceased its activity during the day yesterday.

Degassing is still observed at the eruptive site.

The majority of lava flows are still through lava tunnels within which many resurgences are visible;

The lava flow estimates established by satellite method on the HOTVOLC (OPGC - Clermont Auvergne University) and MIROVA (University of Turin) platforms indicate an average flow over the last 24 hours relatively stable around 4-6 m3/s with a peak recorded at 16 m3/s today late morning. These measurements show since September 28, a gradual increase in the estimated flow. As lava flow activity now takes place primarily in tunnels, these estimates are minimum values.

It should be noted that significant peaks in SO2 air pollution were reached at the Bourg-Murat station, with hourly values ​​that exceeded 330 ug/m3. The eruption of Semeru continues.

A white plume was observed at the main crater on October 1, with moderate to high intensity about 200 meters from the summit.

The activity level is at III (Siaga), with the recommendation not to
carry out no activity in the southeastern sector along Besuk Kobokan, up to 13 km from the summit (the center of the eruption). Outside of this distance, the community does not conduct activities within 500 meters of the bank (river edge) along Besuk Kobokan due to the potential for expansion from hot clouds and lava flows. at a distance of 17 km from the summit.
and not to move within 5 km of the crater / summit of Mount Semeru because it is subject to the danger of stone throwing (incandescent). The displacement of the plume is towards the west. 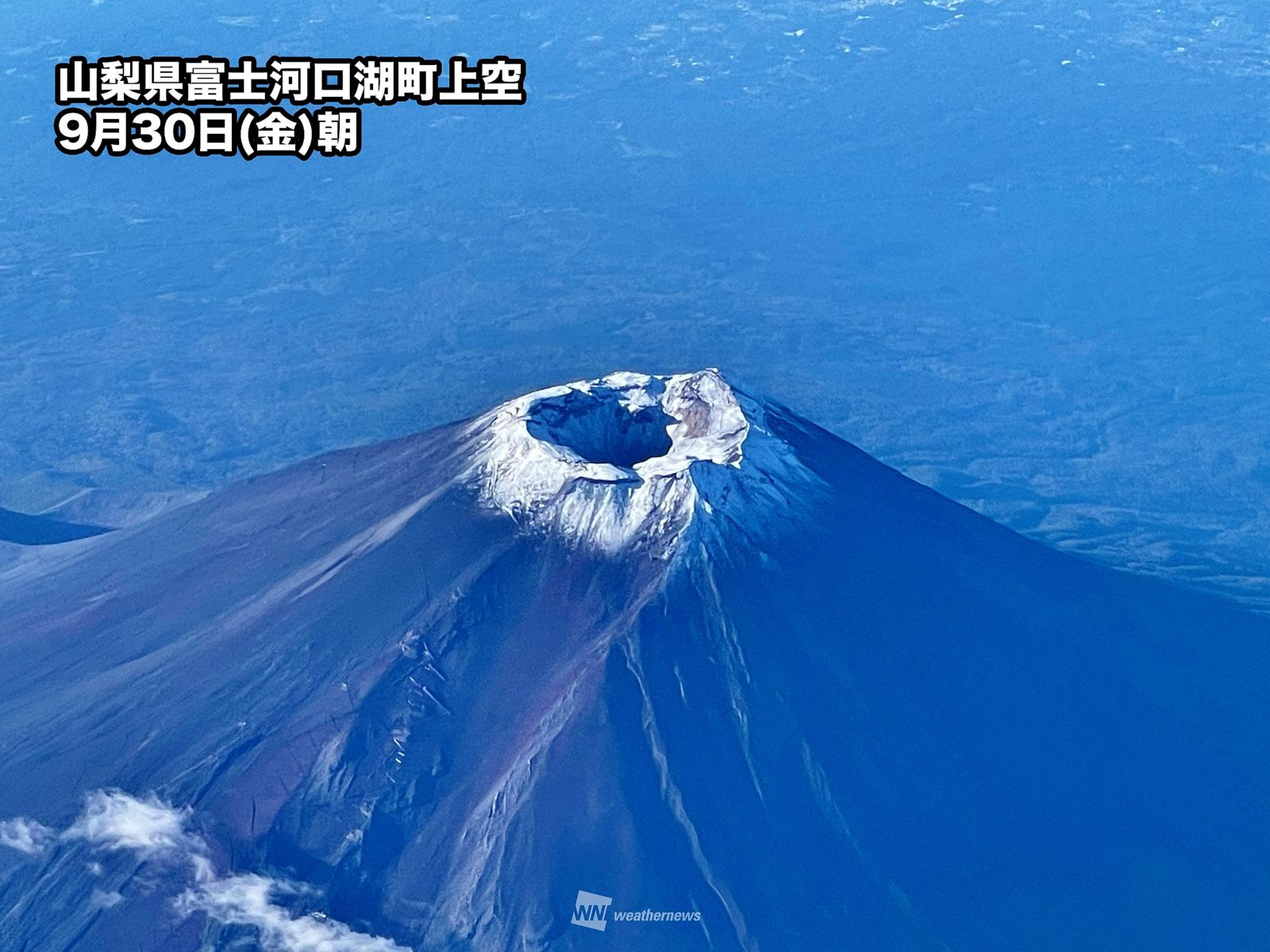 As a bonus, the first snows on Mount Fuji... at your discretion.