During the last 24 hours, thanks to the monitoring systems of the Popocatépetl volcano, 62 exhalations have been detected, accompanied by water vapor, volcanic gases and slight amounts of ash. In addition, 251 minutes of tremor, 139 minutes of low amplitude and high frequency and 112 minutes of harmonic type were recorded. Two volcano-tectonic earthquakes were also recorded yesterday at 8:59 p.m. and today at 4:56 a.m. local time, with respective magnitudes of 1.5 and 2.1. 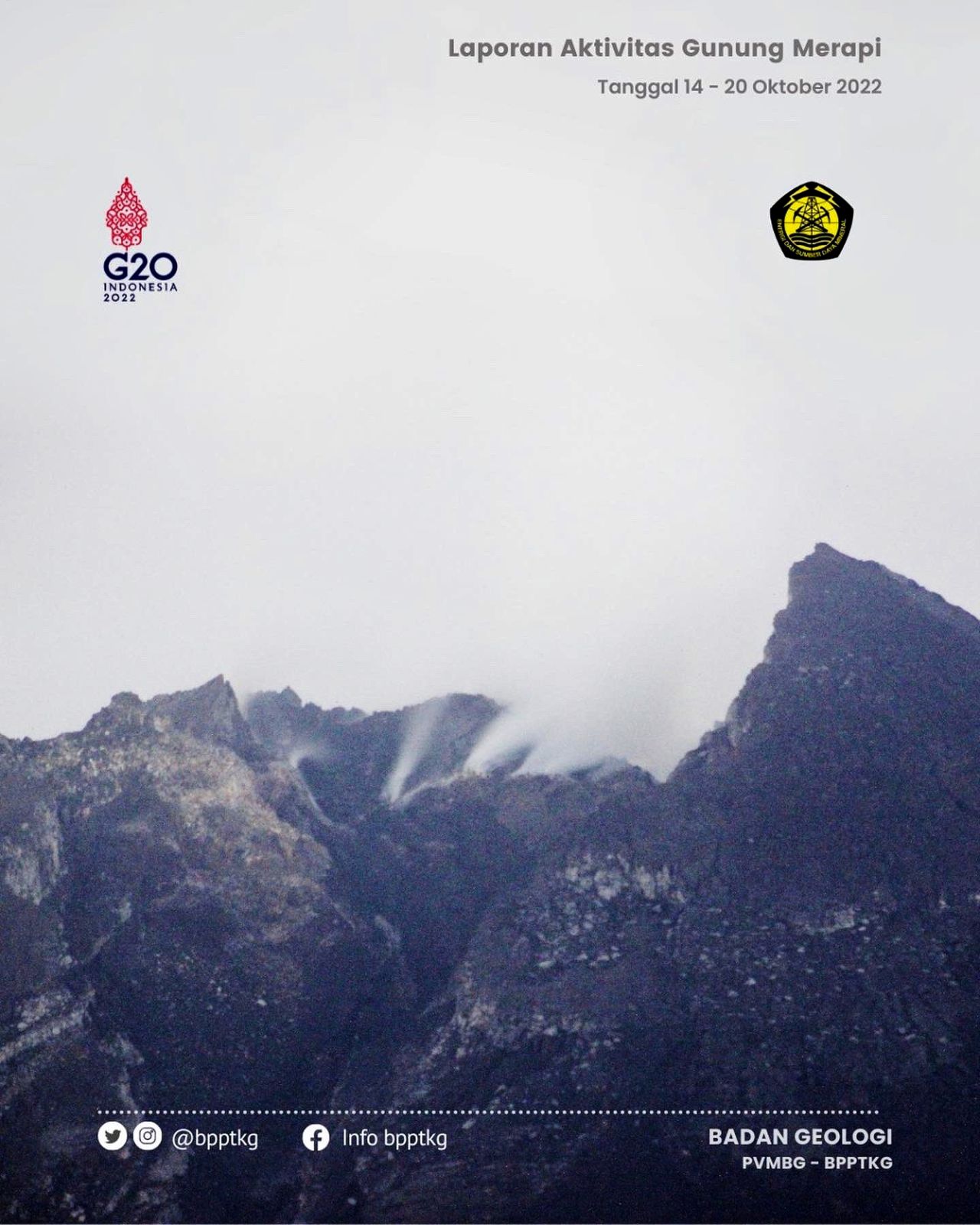 This week from October 14 to 20, 2022, five lava avalanches were observed towards the southwest at Merapi, dominant at S. Bebeng with a maximum slip distance of 1,800 m. The sound of the avalanches was heard from Babadan post 10 times with moderate intensity. As announced yesterday, a total of nineteen (19) very weak phreatomagmatic bursts were detected by remote camera monitoring of Taal Main Crater between 8:50 a.m. and 1:30 p.m. today, October 21, 2022, all emanating from a vent on its northeast side.

DOST-PHIVOLCS reminds the public that Alert Level 1 prevails over Taal Volcano, which means it is still in an abnormal state and should not be interpreted as having ceased unrest or ceased the threat of eruptive activity. . The photo shows the Cotopaxi volcano cleared on the morning of October 21, 2022.

A westerly emission of gas is clearly observed, this type of emission dominated by water vapour; it is commonly observed since Cotopaxi ceased its eruptive activity at the end of 2015.

Seismicity, deformation and SO2 emission from the Cotopaxi volcano are at normal levels.

The gas column has a significant water content, due to the heavy rains that were recorded in the region during the week.