Puy Mary consists of the remains of a cumulo-dome dated 7.2 Ma (M.Krafft), largely eroded by glaciers.

It consists of benmoreite, a viscous lava rich in phenocrysts of plagioclase, sanidine, and brown hornbland, embedded in a paste of microcrystals of sanidine, biotite and tridymite. Veins of basalt or phonolite lard it.

From the summit, at 1,783 m., the entire summit part of the Cantal massif can be discovered. 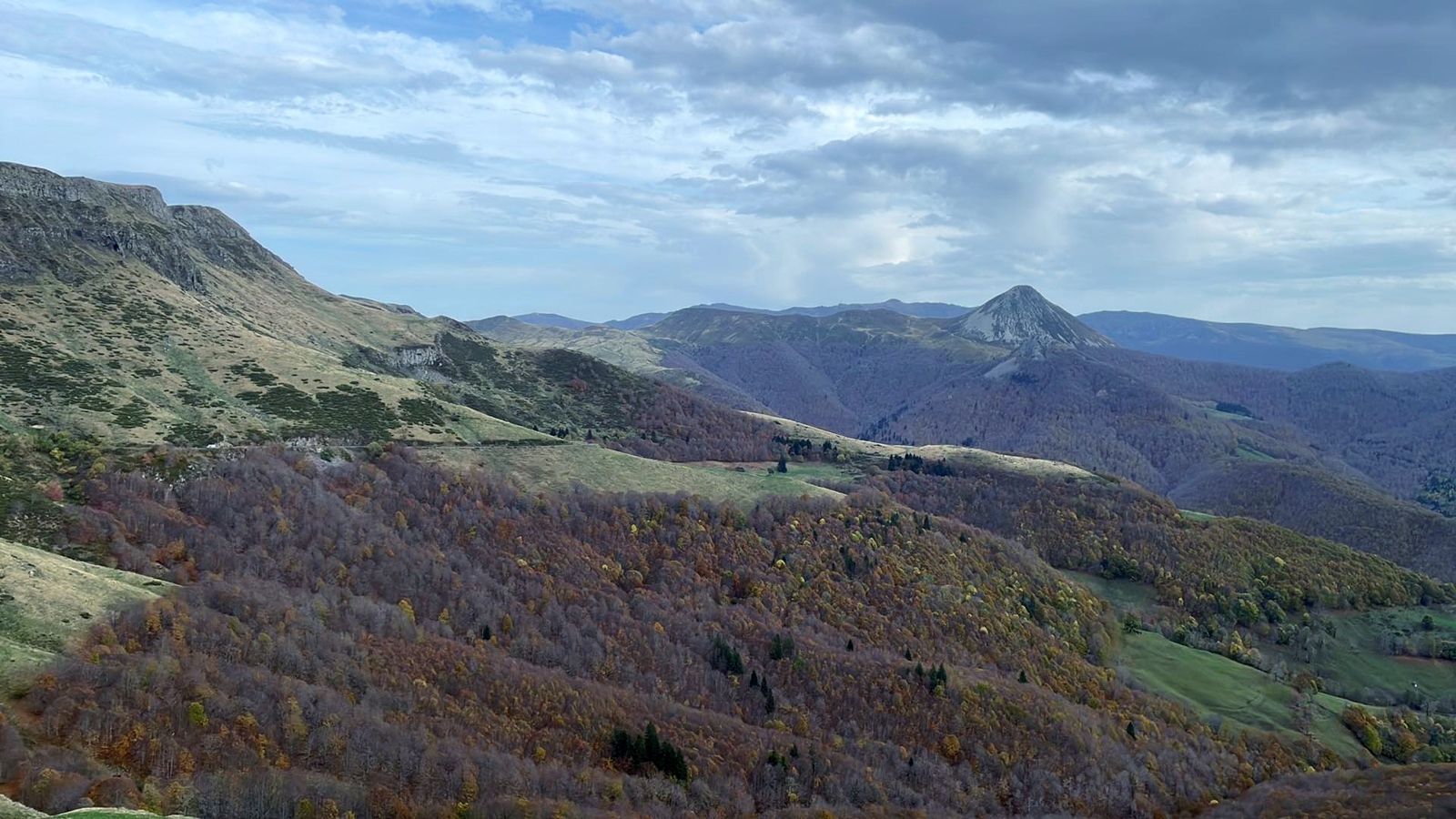 Cantal Massif - panorama of the summit in autumnal colors - photos © J-M M. - one click to enlarge

On the way back, Salers, one of the most beautiful villages in France, can be discovered along the cobbled streets.

This city, fortified during the Hundred Years War, preserves ancestral houses in dark stones, with turrets and slates, architectural characteristics of the region, which are completed by a remnant of a rampart and its belfry.

The statue of Tyssandier d'Escous, renovator of the Salers cattle breed, with a dark mahogany robe and light lyre-shaped horns, enhances part of the main square. 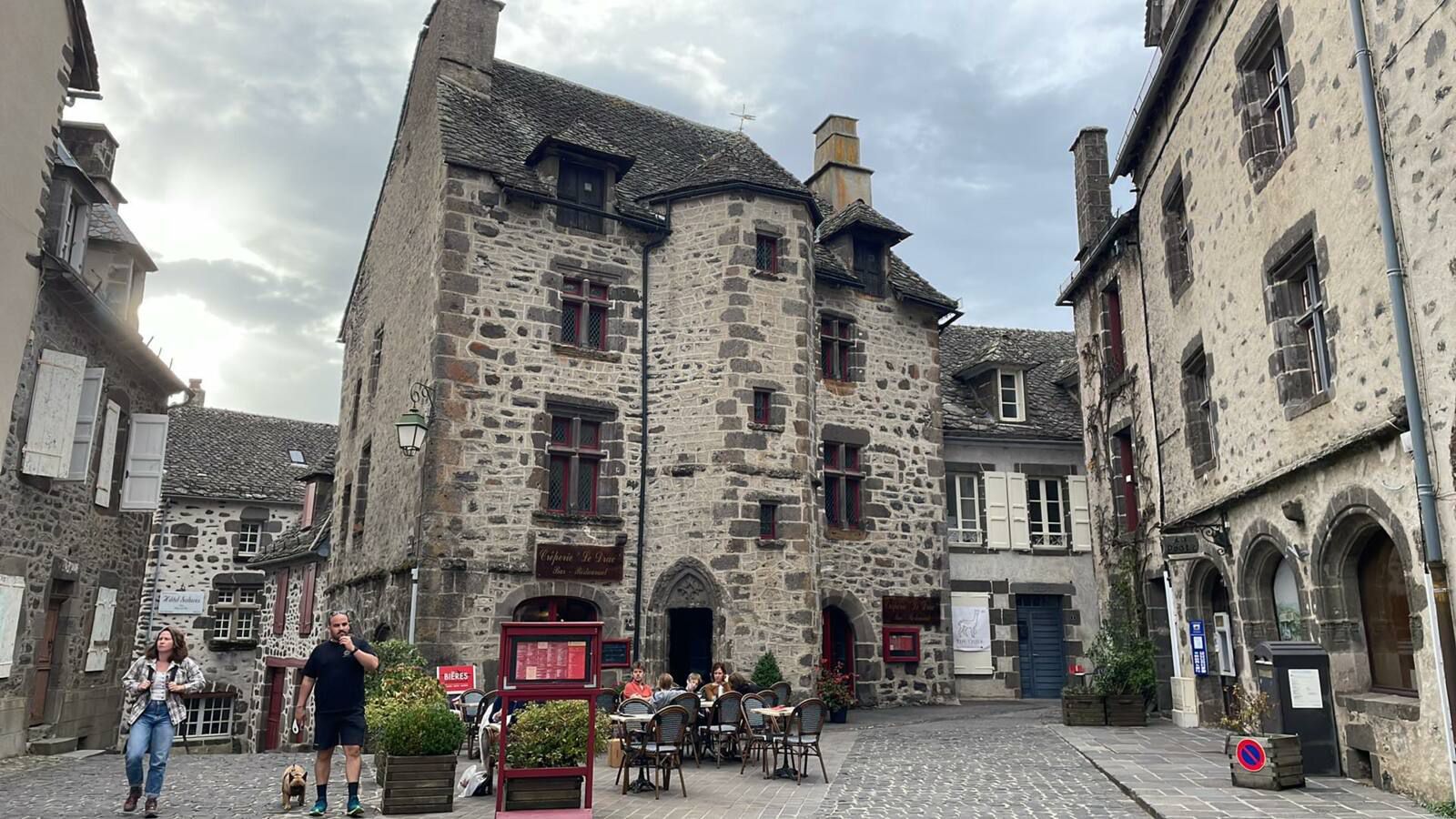 Salers - It is good to walk there and have a tasting on the terrace - photos © J-M M. - one click to enlarge

Sources:
- Guide to the volcanoes of Europe and the Canaries / Cantal - M. Krafft and Larouzière, ed. Delachaux & Niestle
- Salers - an architectural and historical heritage.